An insane video has emerged of four teens being run over by a crazed driver in East St. Louis. In the video, you see a group of teenage girls yelling in the street until, as if from nowhere, a gray car appears and plows into the group. The female driver of the car then just speeds away. The incident happened on June 27 with all of the girls suffering minor injuries.

Fox St. Louis reports that the driver is still at large. St. Louis Police Chief Michael Floore told the media that detectives are working the case hard. Floore said, “The suspect was in a vehicle and ran over four girls, then allegedly hit a car later on. We do have the car the driver committed the crime in. We currently have a person of interest we are looking for. We have also interviewed all of the victims and witnesses out there.”

KPLR reports that, when caught, the driver faces charges of aggravated assault. If she’s not apprehended by July 10, her name and photograph will be circulated by the U.S. Marshals Service. 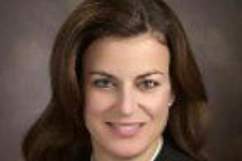 Read More
Breaking News, Weird News
An insane video has emerged of four teens being run over by a crazed driver in East St. Louis.