One of Oklahoma’s highest-ranking Republican officials was stabbed to death by his troubled son at a restaurant in Oklahoma City, witnesses say. Christian Costello, 26, was arrested on the night of August 23 and will likely face first-degree murder charges, according to police. State GOP officials identified the victim as Christian’s father, state Labor Commissioner Mark Costello, 59. The incident happened at Braum’s restaurant in Oklahoma City’s northwest.

1. Witnesses Say Christian Costello Stabbed His Dad in the Back

Going through court docs in reference to Christian Costello. Has a previous history of mental illness. #liveonokcfox pic.twitter.com/Qdz4nLKhDh

Mark Costello had arranged to meet his son at the restaurant on the night of August 23, reports KOCO News. The two then got into an argument, according to witnesses, which resulted in Christian stabbing his father. As the labor commissioner stumbled out of the restaurant, he was followed by his son, who continued to stab his father from behind, witnesses say.

Fox 23 reports that other patrons at the restaurant used their belts to restrain Christian until help arrived. The elder Costello was rushed to a nearby hospital, where he was pronounced dead. The Oklahoman reports that it was Christian who requested the meeting with his father. The paper reports cops are trying to figure out where the knife came from.

2. In 2014, Christian Costello Was Accused of Exposing Himself at a Middle School

Christian Costello after an arrest in 2014. (Screengrab via News 9)

In October 2014, Christian was accused of exposing himself to people at St. Eugene’s School in The Village, Oklahoma, reported News 9. The station reports that Costello walked to a window and took his pants down. When police arrived at the scene, he was found sitting in the grass eating bird feathers and dandelions.

Justin Dougherty of News 9 tweeted that in 2012 Christian pleaded guilting to assaulting a cop and DUI. A source told Heavy.com that the those charges were “swept under the rug” and that the link between Christian and his father wasn’t publicly acknowledged. According to documents in the stabbing case, Christian Costello was supposed to be taking prescription mood stabilizers.

3. His 2 Sisters Are Beauty Queens

According to their respective Facebook pages, Christian’s sisters, Caitlin and Anna-Marie, are beauty queens, having previously competed in the Miss Teen Oklahoma United States and Miss Oklahoma United States pageants. According to Anna-Marie’s website, she’s now based in New York City and is trying to make it as an actress and model. On her page, she writes that she’s a frequent contributor to Fox News and works with various Catholic charities in Oklahoma.

Mark Costello and his wife, Cathy, had five children together. Christian is the oldest, followed by Anna-Marie, Ian, Kolbe and Caitlin. On her Facebook page, Anna-Marie paid tribute to her father, saying, “Never going to be walked down the aisle by you, never going to have my father daughter dance at my wedding, never going to introduce you to my husband or your grandkids. But most of all I will [never] be able to be held by my daddy again.”

Today’s front page of The Oklahoman leads with the grisly news of Mark Costello’s death. (Twitter/@TheOklahoman)

Christian Costello has yet to be officially charged in the case. If he’s charged with and convicted of first-degree murder, it will likely be a death penalty case in the state of Oklahoma. The law in the state reads:

A conviction on second-degree murder would carry a sentence of 10 years or more in prison.

5. Mark Costello Fought Against Limits on Child Labor on Farms

Mark Costello was first elected to office in November 2010. Since then, he’s opposed unions and federal rules limiting child labor on farms. His other policy positions included being pro-life and a member of the NRA, according to his Facebook page. On his social media, Mark Costello endorsed Wisconsin Governor Scott Walker for president. Oklahoma Governor Mary Fallin has said that there is “no timeline, no potential candidate” to fill in for Mark Costello. 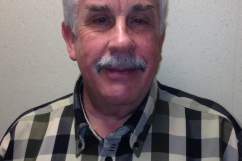 Loading more stories
wpDiscuz
18
0
Would love your thoughts, please comment.x
()
x
| Reply
One of Oklahoma's highest-ranking Republican officials was stabbed to death in a restaurant in Oklahoma City. His son, Christian, has been arrested.