There’s been a shooting at the WWE’s Performance Center in Orlando. The gunfire broke out at the wrestling gym on the afternoon of August 31. The performance center is the WWE’s main training facility and is located along Forsyth Commons Road, just west of Orlando Executive Airport. The man who was wounded as been named as local aspiring wrestler Armando Montalvo.

1. A Sheriff’s Deputy Shot a Man

WFTV reports that there is a single victim in the shooting. The station refers to the shooting as “Deputy-involved.” The deputy who fired the shot at the gym’s entrance has been named as Corporal Steve Wall with the Orange County sheriff’s department. Orange County Sheriff Jerry Demings said that Wall and the victim got into a struggle with Wall believing he was in serious danger.

2. A Witness Said the Wounded Man Had Been at the Performance Center a Few Days Ago

The scene outside of the performance center. (Screengrab via WESH)

A witness told WFTV’s Shannon Butler “This guy was crazy. He was here a few days ago and arrested. I guess he came back!” My News 13 reports that deputies were initially called to scene after being told of a criminal trespass in the area. The station says that a deputy got into an altercation with the accused man and opened fire. The wounded man has been rushed to a local hospital with life-threatening injuries, his identity has not yet been released. The victim is a 29-year-old man who told officers he was armed with a knife. That knife has not yet been recovered.

3. The Shooting Involved a ‘Deranged Individual’

An official WWE statement referred to the victim in the shooting as a “deranged individual” with “no WWE affiliation.” The press release added that the individual had a court order prohibiting him from being on WWE property. The full statement read:

Orange County Sheriff Jerry Demings said that the victim was “interested in” a woman at the performance center. That woman was not at the center at the time of the shooting. The sheriff added that the man had a history with confronting law enforcement.

WWE employees are being interviewed by investigators. Sheriff’s deputies were contacted by staff at the facility. Sheriff Demings said that local law enforcement are in regular contact with the performance center, especially on days when TV talent from the WWE are at the gym.

5. The Performance Center Is Never Open to the Public

The performance center is not open to the general public. It opened in July 2013. The head trainer at the facility is Matt Bloom, known to wrestling fans as Prince Albert. Also employed as coaches there are Billy Gunn and Joey Mercury. Anybody can apply to be trained at the facility, just click here to find out more. The performance center is describe on its official Facebook page as:

The WWE Performance Center serves as the home to WWE’s talent developmental system, WWE NXT, offering seven training rings as well as a world-class gym and production facilities. It is the training ground for former professional and collegiate athletes, Olympians and entertainers. 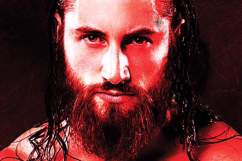 Loading more stories
wpDiscuz
5
0
Would love your thoughts, please comment.x
()
x
| Reply
A man has been shot at the WWE's Performance Center in Orlando.