Hoppy Paws entered the Shark Tank in Season 6 with stamping kits that allow parents to create reindeer and bunny footprints in their homes for the holidays. At that time, we spoke to owner Trina Barkouras about her company that adds magic to the holiday seasons. In June, we interviewed Barkouras once again and she told us about their tremendous growth since their Tank debut.

As her episode re-airs on Shark Tank Week, we checked in with her again to learn about Hoppy Paws’ new developments. Here is what she told us about…

Our #HoppyPaws Photo Contest for Facebook winner was thrilled! We love the look on her son's face!

Barbara and her team are there when we need them. That being said, we are pretty self sufficient and don’t require much. The rapid growth creates many different challenges and scenarios. Barbara is an email or phone call away. When we get stuck on something we are having difficulty figuring out, then we reach out to her and her team for assistance.

Why waste the time starting from scratch? Use an easy-to-apply reindeer hoof stamp kit to add magic to the holiday!

This is our first Halloween season so we are excited to get the feedback from our customers. Our new kits glow in the dark. We are also expanding the brand to include story books, plush toys, games and many more surprises. We don’t intend to be a one-trick pony. Keep an eye out for HOPPY PAWS holiday domination!

How will these stamps be used in your home? #stpatricksday #leprechaun #magical #moment #sharktank

Since airing in December, I have brought on an additional partner Stephanie. She is the ying of my yang. She is the one who handles all of the financials, and without her, I would be dead in the water. We bring in the labor and with help from family and friends we have made it all work.

Her Advice to Future ‘Tank’ Contestants

Know your product, know your numbers and don’t be greedy. Remember the Sharks have never met you and they are looking for sincerity and a product that has mass appeal. Don’t take no for an answer! 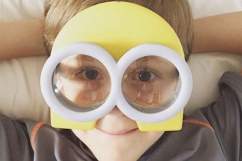 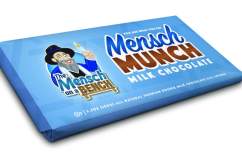 Mensch on a Bench After ‘Shark Tank,’ 1 Million in Sales: Interview With Owner

Loading more stories
wpDiscuz
0
0
Would love your thoughts, please comment.x
()
x
| Reply
Hoppy Paws got a deal with Barbara for their stamping kits. We caught up with the owner who let us in on some exciting new developments.