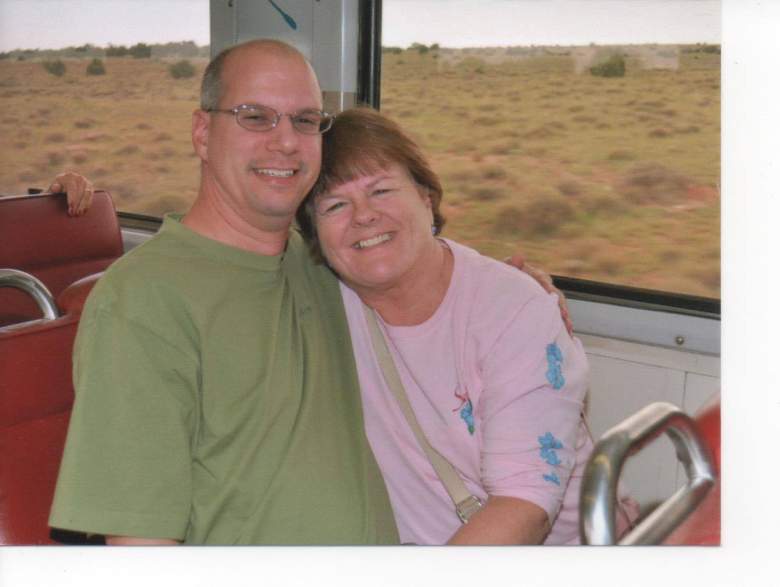 The body of Jeff Radio, former mayor of Clayton, New Jersey was found washed up on the shore of Strathmere, New Jersey on Tuesday afternoon. His body was spotted by a news helicopter and his cause of death is still unknown. 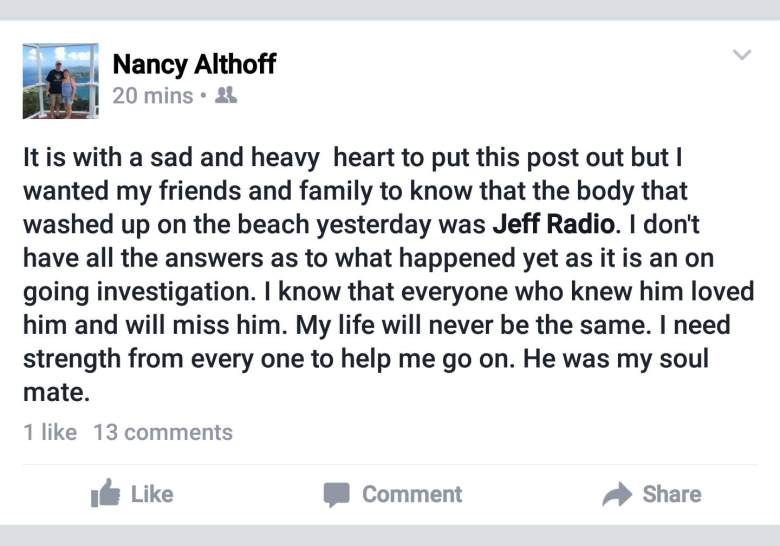 Here’s what you need to know about Radio:

Jeff Radio and his wife Nancy Althoff during a cruise in January when they stopped at St. Maartin. (Facebook)

He spent the weekend at the beach and his last Facebook check-in was at Johnny Rockets restaurant in Atlantic City on Sunday. He was staying in Atlantic City because of the New Jersey School Board Association Conference, according to NJ.com.

The convention was from Tuesday to Thursday but Radio never made it. He went to Atlantic City the weekend prior to the convention to make it a mini-vacation. His brother, Frank Radio says he always enjoyed sharing what he learned after conferences such as this one, according to NJ.com.

I just talked to him last week about it. He would usually come back and talk about what he got out of it, and things he had learned. It was something he looked forward to.

2. An Autopsy Was Conducted But The Cause of Death is Still Not Known

Jeff Radio’s body on the beach. (screengrab from 6 abc)

An autopsy was conducted Wednesday but the results are still not known, according to The Daily Mail.

Authorities have not realeased any information that indicates how or why his body ended up on the Strathmere shore, almost 18 miles from Atlantic City.

Radio’s brother expressed his appreciation for everyone who is helping with the investigation and showing their support, according to NJ.com.

We appreciate everybody’s support, prayers and condolences, and we await the outcome of the investigation. It’s been very hard, but we’ve gained a guardian angel.

3. He Served as a Republican Mayor in a Democratic Town

Radio’s brother explained in an interview that his brother served as a Republican in a largely Democratic town while he was mayor, but still managed to win a lot of people over.

You can imagine how challenging that would be. But he won the hearts of some Democrats, I can tell you that. People would come up and say ‘we’re glad you’re mayor, we just can’t say that in public.’ He always had the respect of everybody in the room, and was just a community type of guy.

According to Philly.com, he was the mayor of Clayton, a town in Gloucester County, from 2009 to 2011. He was now the vice president of Sun National Bank and was active in the school board of Clayton, where he lived.

The bank also released a statement about Radio which said,

Jeff Radio was a valued member of the Sun National Bank family. He was well-respected for his dedication to his colleagues, customers, and our community, and our thoughts are with his family.

4. He Was Considered an ‘Anchor’ in His Community

Jeff Radio and Nancy Althoff moved back to Clayton to help care for his parents. He was an active member in the community. (Facebook)

His brother, described Radio’s role in the community as “the anchor,” according to NJ.com.

If you’ve ever seen the movie ‘It’s a Wonderful Life’ with Jimmy Stewart, and his role in that town, that’s my brother. He was an anchor.

David Lindenmuth, superintendent of Clayton schools also felt that Radio was an important member of the community and will be missed, according to NJ.com.

“Jeff was a great guy. You just knew he loved Clayton, the schools and the kids. Jeff wanted to highlight the great things going on and fix what needed to be fixed. He wanted to help in any way he could, and that carried over into the rest of his life.”

5. The Town of Clayton and Radio Shared a Strong Bond 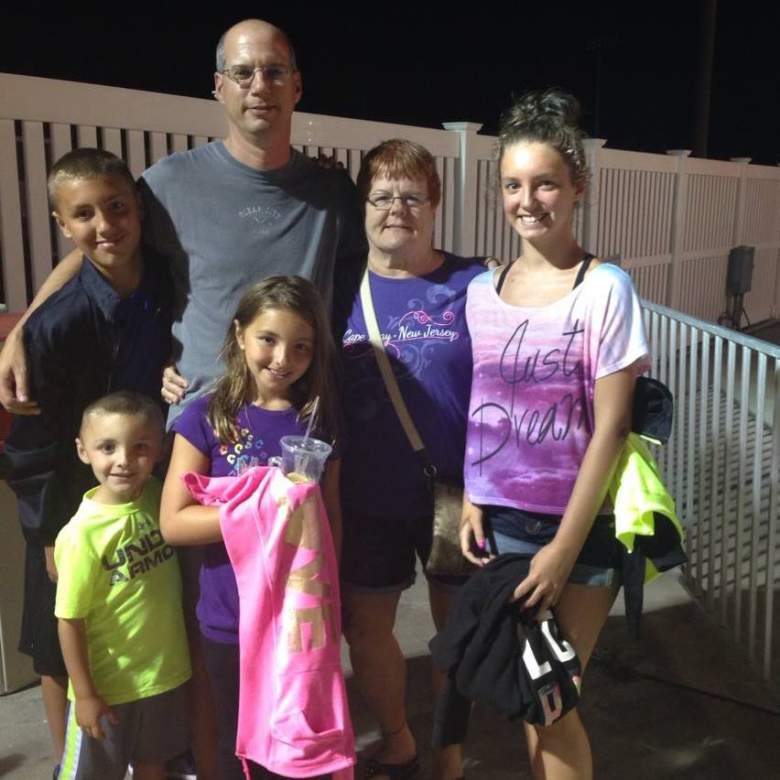 Jeff Radion, wife Nancy Althoff and family members. It is not clear if these are Radio’s children or just nieces and nephews. (Facebook)

Tom Bianco, who took over as mayor after Radio, said he was a dedicated mayor, “He loved his community…he always had his heart in Clayton.”
Bianco ordered borough flags to be lowered on Wednesday, according to NJ.com.

Radio and his wife moved back to Clayton over a decade ago and purchased his childhood home and took care of his aging parents, according to NJ.com.

Some family members and friends expressed their condolences through posts on Radio’s Facebook page. 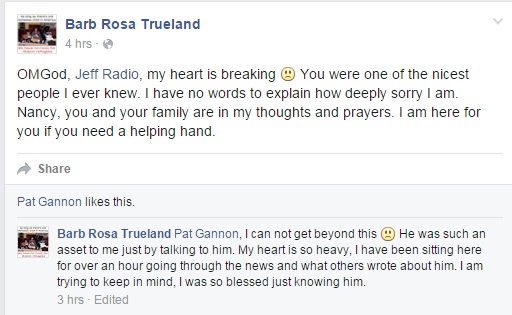 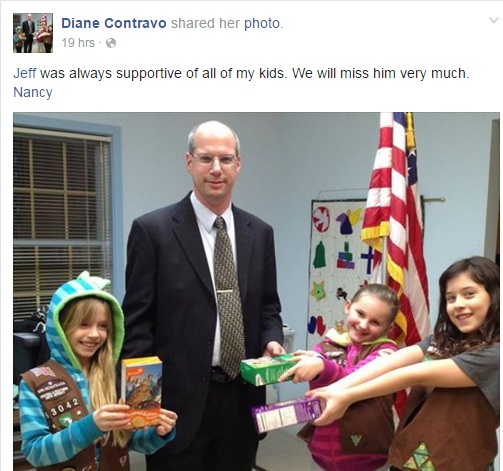 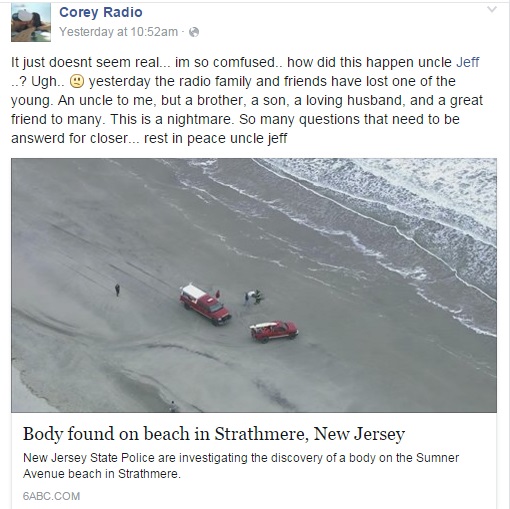 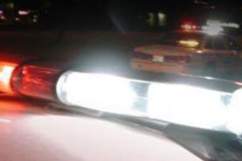