A teacher at one of New England’s most celebrated cheerleading schools has been accused of raping a 14-year-old female student. The suspect is 26-year-old Nicholas Johnson of Brockton, Massachusetts. The school, Full House All Stars Cheerleading gym, is located in West Bridgewater, Massachusetts. He’s been charged with aggravated rape of a child, enticement of a minor and posing a child in a state of nudity. Johnson is being held on a cash bail of $50,000.

1. The Victim Says Johnson Took to Her to His Apartment & Raped Her

Nicholas Johnson's #Brockton home where police said he raped a girl. He lives across from a park. @enterprisenews pic.twitter.com/7KZcs9VxJP

The Brockton Enterprise reports that the parents of the victim contacted police in West Bridgewater about their daughter’s allegations earlier in October. The victim says that Johnson drove her to his apartment in Brockton in early October and raped her. In another instance, she says she sent Johnson sexual pictures via cell phone.

2. He Was Involved in a Car Accident the Day Investigators Went to Talk to Him

On October 14, the day investigators went to question Johnson, he was involved in a car accident in Norwood, Massachusetts. After being treated for minor injuries, he was released from Norwood hospital on October 19 and placed into custody, reports WHDH.

3. Johnson Has Been Fired From His Job

Johnson, who worked for the Full House All Stars Cheerleading gym for a year, was fired a week before the allegations were made public, reports WHDH. His profile has been deleted from the company’s website. You can see that profile above.

4. His Favorite Quote Is ‘The Only Thing Necessary for the Triumph of Evil Is for Good Men to Do Nothing’

Upon Johnson’s hiring, Full House posted a welcome note on their Facebook page, to which Johnson replied, “Very exciting to help keep Fullhouse turning out successful seasons. You guys are very welcoming and can’t wait to get to know everyone. I have a very open private schedule if anyone would like to start tumbling with me, please message me. Excited to call The House my new family, cheers to another successful year.”

According to his Facebook page, Johnson is a native of Owensville, Ohio. On that page, he puts his favorite quote as, “The only thing necessary for the triumph of evil, is for good men to do nothing.”

5. Full House Is ‘One of the Most Successful Gyms on the South Shore’

According to Full House’s official website, the school is “one of the most successful All Star gyms on the South Shore.” The description adds, “We have mats of all shapes & sizes to assist with conditioning, drills and spotting tumbling as well as a full wall of mirror to allow athletes to realize how they are performing.” 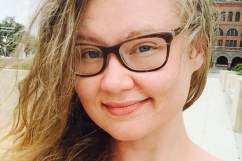 Loading more stories
wpDiscuz
4
0
Would love your thoughts, please comment.x
()
x
| Reply
A teacher at one of New England's most celebrated cheerleading schools has been accused of raping a 14-year-old girl who was a student.