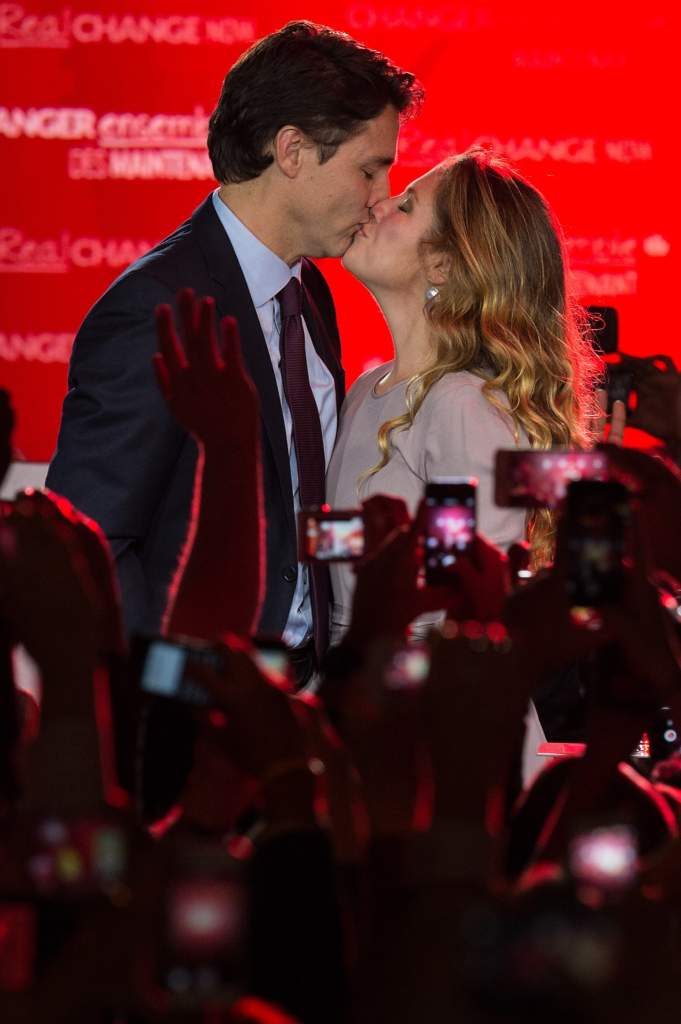 Canadian Liberal Party leader Justin Trudeau kisses his wife Sophie as they arrive on stage in Montreal on October 20, 2015 after winning the general elections. (Getty)

Justin Trudeau, the next Canadian Prime Minister, has had wife Sophie Gregoire by his side throughout the campaign. It was announced on October 20 he will be following in the footsteps of his father, Pierre Elliott Trudeau, who first held the position 47 years ago.

Now Trudeau must first assemble a cabinet, which he has promised will contain an equal amount of men and women, before November 4 and the leader is expected to be sworn in before November 15. The Trudeau family will also not be moving into 24 Sussex Drive, the official residence of the prime minister, due to repairs. They will instead live in Rideau Cottage until further notice.

Here’s what you need to know about the next first lady of Canada: 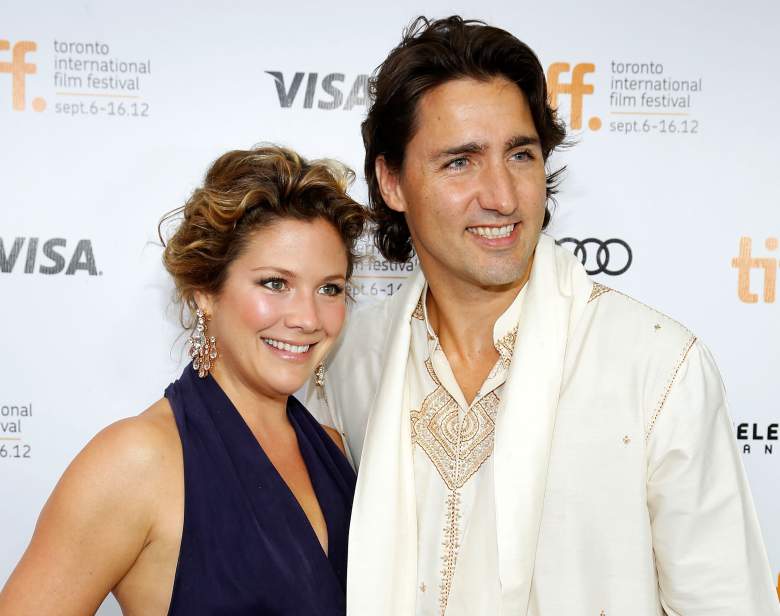 She studied Commerce at McGill University and earned a B.A. in Communications from the Université de Montreal, according to her IMDB page.

In 2005, Gregorie joined eTalk, a celebrity news outlet in Canda, as the Quebec correspondent. “I look forward to reporting on Canada’s French and English stars who support social causes and bring about positive change, both in Canada and abroad,” she said in a press release from 2005.

She has also worked for Canal Z’s TSX and Teksho and as a radio personality on CKMF Radio and Coup de Pouce on Radio-Canada.

She’s remains a television personality by always talking to the media and doing interviews. In her first public appearance since the election, Gregoire spoke today about the new liberal government at the Ottawa’s Wabano Centre for Aboriginal Health during the Harvest Moon celebration.

Whether it is from infrastructure to housing to safe communities to education, we will invest every year in that education to make sure that indigenous children have access to high quality education from kindergarten to Grade 12.

2. She Loves Being a Mother of Three 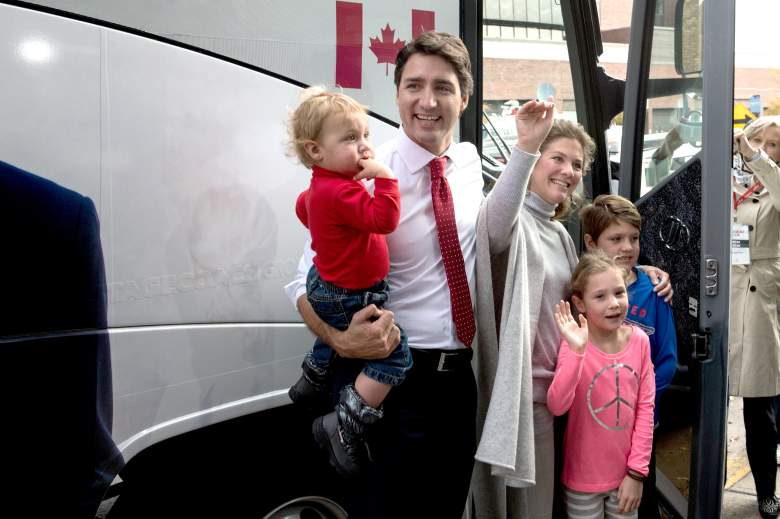 Canadian Liberal Party leader Justin Trudeau leaves after casting his ballot with his wife Sophie and their children Hadrien(L), Ella-Grace(2nd-R) and Xavier(R) in Montreal on October 19, 2015. (Getty)

Mother to Hadrien, Ella-Grace, and Xavier, Gregoire says she tries to set the best example she can for them. She told Canadian Family:

Justin and I have always felt we have to give back to society. Having children gives us more moral tools to do so. I’m not sure you can teach your kids moral lessons if you don’t practice them yourselves. The way I interact with others in my everyday life — at the grocery store, in a restaurant, with my friends, or at an event — the kids see it. They absorb it. I try to have respect for all, and to have compassion for all.

In her interview she offers another piece of advice and encouragement to all mothers:

And mothers will always be the nucleus of the family. They are the carriers of life and serve as the “outer placenta.” All the choices a mother makes — as a consumer and as a lover or a friend — will affect the child.

3. She Works Hard to Keep Her Marriage Strong 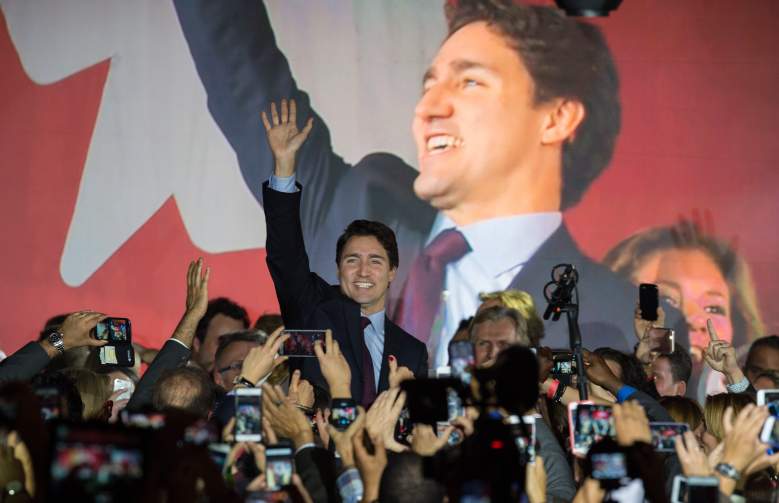 Although his job is stressful and adding children to the mix isn’t easy, Gregoire says the couple, who got married in 2005, handles stress together. She told The Globe and Mail:

He tends to be more reclusive when faced with stress, while I tend to expand and talk it out. We’ve been very aware of our dynamics as a couple and we’ve worked that out – nothing comes easy.

She also told Global News, “I’ve always been involved on a personal level, as a couple, in what we’re doing, in the journey we have embarked on.”

Gregoire explained to CTV News how her family will cope with getting more attention and scrutiny.

Around us will change, but within us, we will stay who we are…We’ll still cuddle in bed on a Saturday morning when it’s possible and just be real and authentic and grounded and that is so important to keep us on this journey and I think we are great partners to be able to keep that. 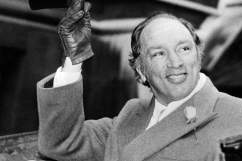 4.She’s an Advocate for Women’s Health & Suffered From Bulimia Herself

For Gregoire the Looking Glass Foundation, which works to treat adolescents with eating disorders is especially important to her. She is a survivor of bulimia herself. “There is a cure. I am the proof of that,” she says to Canada.com. “But we can also learn to prevent it.”

Gregoire supports women in any way she can by public speaking. She shares her knowledge, “with as much truth and authenticity as I can,” according to The Globe and Mail.

She told the UN Women National Committee Canada, who recognizes her among other men and women as an influence in bettering the lives of women in Canada,

In 2013 on planet Earth, women are still being brutalized, disfigured, raped, beaten, trafficked, coerced into marriages and denied their most basic human rights because of one reason: they are women…Hatred, inequality, violence, and disrespect towards women, carriers and givers of Life, is a serious sign of a world out of balance…The time has come for all of us to recognize our inner light and to let it shine, so we can grow as a community, as a civilization, and even as a species. 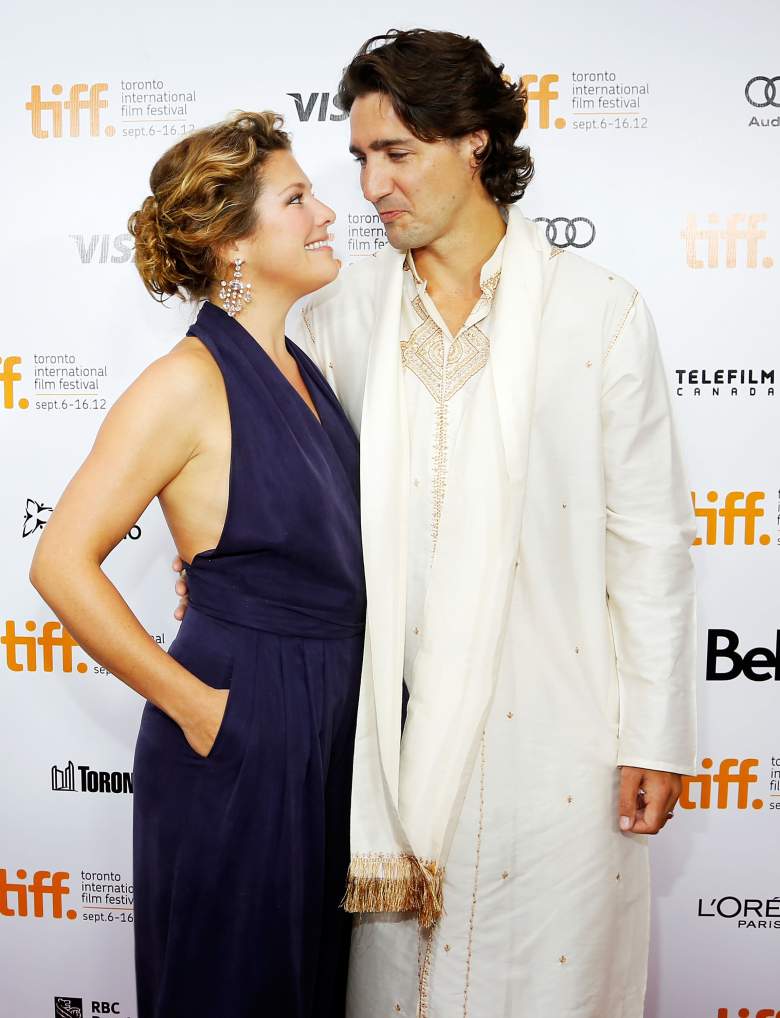 She is actually a very musical person and well-rounded person. Her yoga practices inspire her to play her guitar and sing. She told Pure Vision, a site about powerful women changing the world:

“I also get inspired a lot from my yoga practice. I think that it brings me to that little person inside of me that’s the same as in everyone else. As yoga philosophy mentions, that person is in a continuous state of gratitude and peace . . . a person that’s both male and female — the perfect balance between the two.

Specifically, she practices hatha yoga, meaning sun and moon, which she claims has changed her life. She discusses her practice with Montreal Families.

The meditation and physical practice of yoga (hatha) are ways to deeply connect with yourself and be in the present. It has changed my life. It takes discipline, openness and vulnerability to be able to grow as a human being, to face your flaws and to embrace your inner beauty.

She can also speak English, French and Spanish, and is teaching her children to be bilingual in French and English, according to Montreal Families. 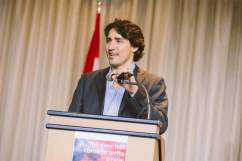