One of those killed in the Planned Parenthood shooting in Colorado Spring on November 27 has been named as a loving father and army veteran. Ke’Arre Stewart’s wife told KKTV news that her and their children’s lives will never be the same after he was killed.

The other victims have been identified as Jennifer Markovsky, a 36-year-old mother and wife originally from Hawaii who was at the clinic supporting a friend, and University of Colorado at Colorado Springs Police Officer Garrett Swasey.

1. He Served in Iraq

According to a Go Fund Me page that has been set up for his family, Stewart, 29, was an army veteran who served in Iraq for one tour. He was stationed at Fort Hood. The friend who set up the Go Fund Me, Amburh Butler, told the Denver Post “He was a stand-up guy. If you were hungry, he fed you. If you were cold and needed a ride, he was just there. He was a good friend and an amazing listener…Blood couldn’t make us any closer.” KDVR reports that he was a father of two children.

this is how i will remember you Ke'Arre. you didn't deserve this. no one did. rest easy. pic.twitter.com/Iey5zu7zqb

2. He Was Outside the Planned Parenthood When He Was Shot But Managed to Tell Those Inside to Flee

A member of the Colorado Springs sheriff’s department secures the scene during an active shooter situation at a Planned Parenthood facility. (Getty)

He was outside the Planned Parenthood when he was shot. His sister told CBS Denver that Stewart was outside making a phone call because he couldn’t get cell service inside the building. He was shot outside and made his way into the building and told everyone else to flee. 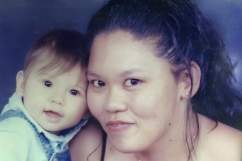 3. A Go Fund Me Page Was Set Up to Help Pay for His Funeral Costs

He was a native of Waco, Texas. The Denver Post reports that he’s a graduate of La Vega High School in Texas where he was part of the class of 2004. His Go Fund Me page reads:

We will never know why God chose him that dreadful day in Colorado, but he makes no mistakes. This fund is to help his family with any funeral costs, transportation costs since he is a Texas Native and any other costs associated with this sorrowful event. Please donate to ease the financial burden on his family stemming from this tragic loss of Ke’Arre. God bless you and Rest In Love Ke’Arre! You will be forever missed.

4. One of the Other Victims in the Shooting Was a Pro-Life Pastor

The other people killed in the shooting were earlier named as mother-of-two Jennifer Markovsky and pro-life police officer Garrett Swasay.

You can donate to Officer Swasay’s YouCaring page here.

The New York Times earlier reported that suspected gunman, Robert Dear, had declared “no more baby parts” prior to opening fire at the Planned Parenthood. A neighbor told Buzzfeed News that Dear once gave him anti-Obama pamphlets and told him Obama is “ruining the country and needed to be impeached.”

The president of the Planned Parenthood of the Rocky Mountains, Vicki Cowart, said in a statement that the suspect “was motivated by opposition to safe and legal abortion” and called it a “crime against women receiving health care services.”

Loading more stories
wpDiscuz
7
0
Would love your thoughts, please comment.x
()
x
| Reply
Ke'Arre Stewart was killed in the Planned Parenthood shooting in Colorado Springs. He was a veteran who served in Iraq.