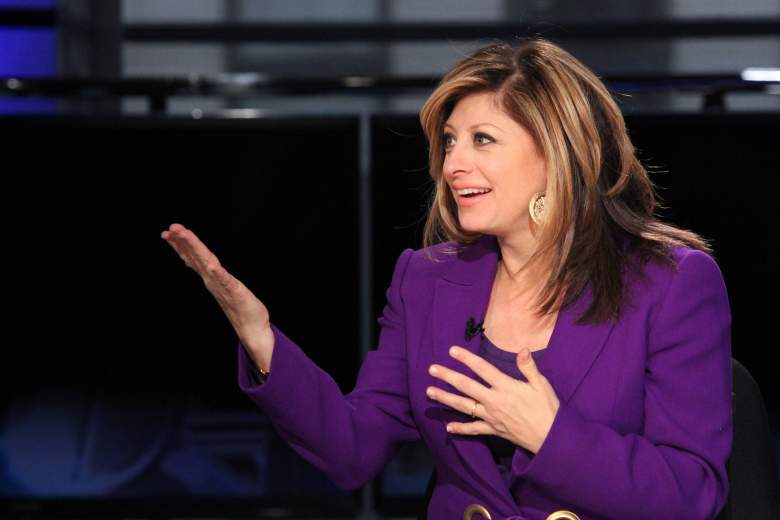 Maria Bartiromo appears on “Opening Bell With Maria Bartiromo” on FOX Business Network at FOX Studios. She’s only been with Fox for a little under two years. (Getty)

Maria Bartiromo, probably best known for her 20 year career with CNBC, will be moderating the GOP debate tonight. Her 25 years of experience reporting on business and the economy should hopefully prompt the candidates to open up about things like foreign policy, tax plans, and economic policies. Known for being the go-to person for the latest on the economy and asking her interviewees the tough questions, Bartiromo seems like the perfect moderator to get to the root of where these candidates stand on the hard stuff.

In fact she’s already asking on social media what viewers want to know about the candidates and where they think these nominees stand.

Here’s what you need to know about Bartiromo:

1. She Was With CNBC For 20 Years and Launched the Program ‘Squawk Box’ 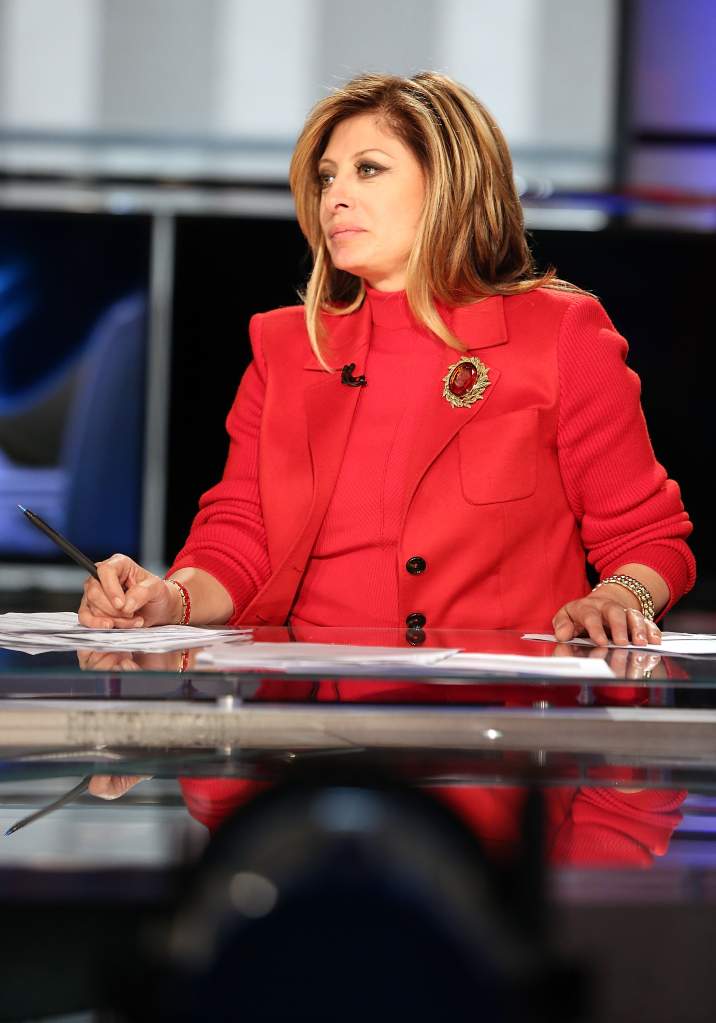 Maria Bartiromo speaks with Wells Fargo CEO John Stumpf on FOX Business Networks’ “Opening Bell With Maria Bartiromo” at FOX Studios. She has said that her sources are a crucial part of her work and focuses on finding interviewees that will provide valuable insight. (Getty)

She started her journalism career as an intern for CNN in 1988 and worked her way up to being a well-known and trusted anchor for CNBC. She is perhaps most known for launching the program, “Squawk Box,” which she would anchor from the floor of the New York Stock Exchange on weekday mornings.

Known as the “Money Honey,” she tries to keep the investor in mind when anchoring and really offer valuable advice. She told the New York Times,

It’s all about making money. I try to find interesting situations where an investor can have an opportunity, a leg up.

She also feels the public has more knowledge about economics and business than they are given credit for.

2. She Just Joined the Fox Business Network in 2014 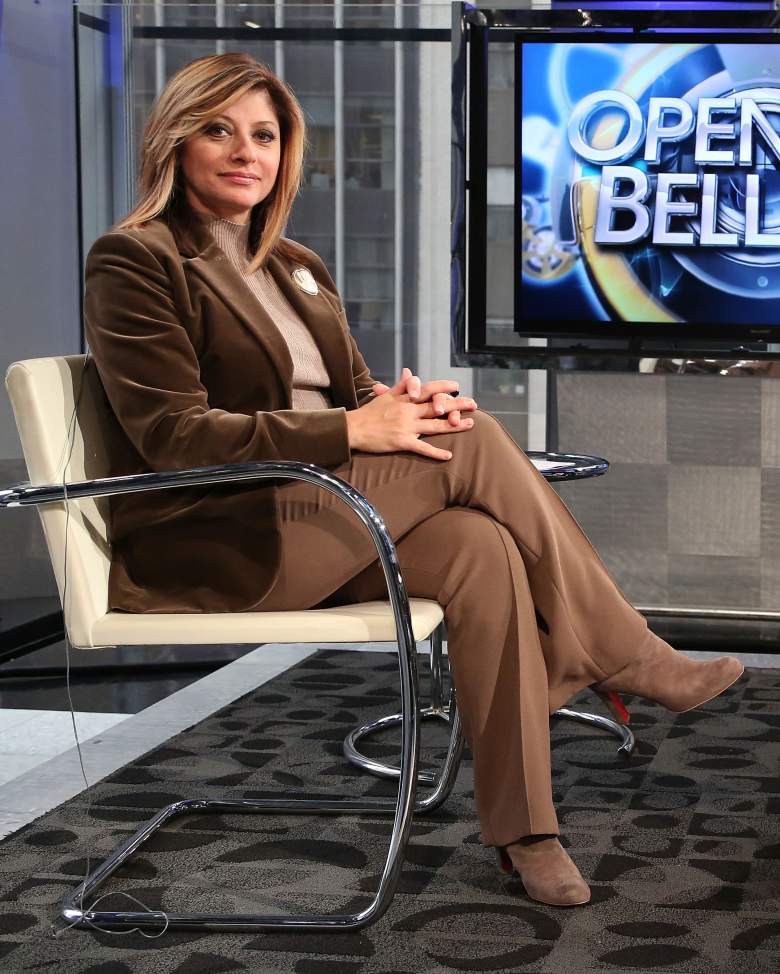 Maria Bartiromo is pictured during her interview with former President of Israel, Shimon Peres on FOX Business Network’s “Opening Bell with Maria Bartiromo” at the Fox News Channel Studios. Part of the reason Bartiromo moved to Fox from CNBC is because she felt there was too much competition within the station. (Getty)

Her decision to leave CNBC was major news and sparked a lot of questioning, she told the Daily Beast,

“I was at CNBC for 20 years and I loved it…It was a big decision, but I had to say to myself, what will my brand look like after another five years?’ People will say, ‘oh, there’s that woman who’s been at CNBC for 25 years who does the sound-bite situations,’ right? So that’s really why I felt like I had to make a change.”

Always seeking the best sources and trying to stand out from the pack of typical political shows, Bartiromo said,

I feel like you turn on all the political shows and it’s all the politicos talking their talking points, and very rarely do you get anybody connecting the dots. I’m hopefully going to be able to give business a voice in the conversation on Sundays…So my goal is to really get people with a stake in the ground on the air.

3. She Was The First Journalist to Report Live From The New York Stock Exchange Daily 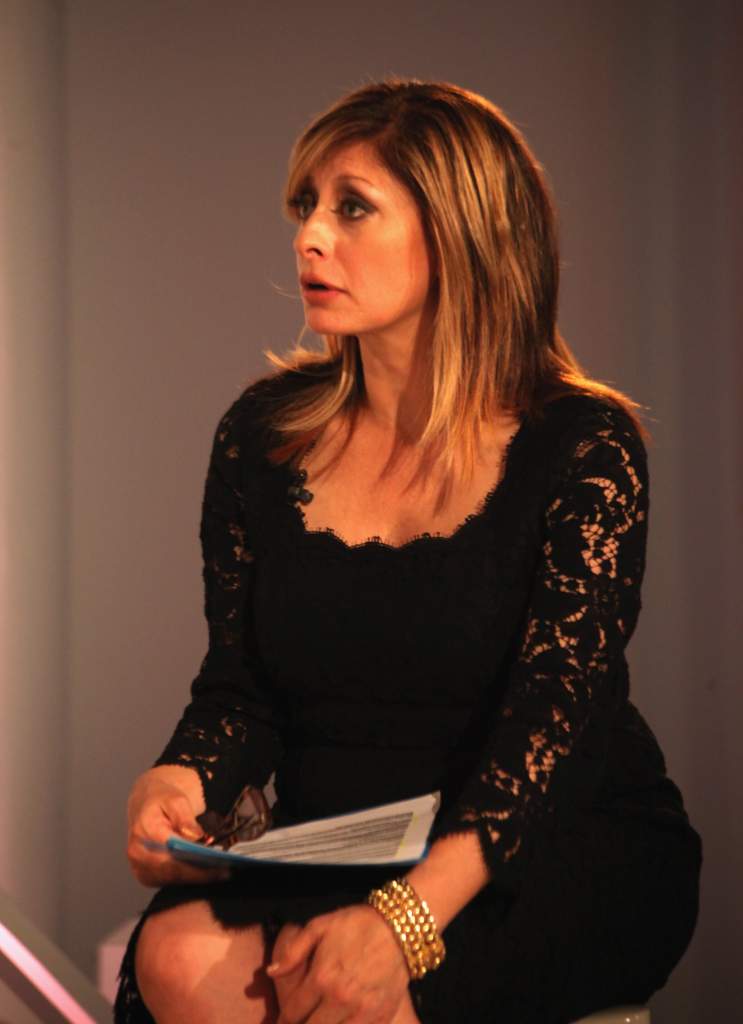 Maria Bartiromo attends The Martha Stewart Center for Living 2015 Gala. She has really moved through the ranks of journalism and started as an intern for CNN.(Getty)

Bartiromo, 48, has more than 25 years of experience covering business and the economy. Further proving her legacy of being a pioneer in the business journalism industry, she became the first person to report live daily from the floor of the New York Stock Exchange, according to her website.

This was also a groundbreaking career move for Bartiromo because she was often the only woman on the floor. She said the most important thing she did was make sure she knew what she was talking about.

In a situation like that, I can only recommend making sure that … you know your stuff – that’s most important – and that you stand firm and be determined, as I try to be.

4. Joey Ramone Wrote a Song About Her

A leader in the New York punk scene, Joey Ramone starting emailing Bartiromo out of the blue in 1998 asking for investment advice. She told the Guardian how she was at first creeped out by Ramone and ignored him, but they soon became friends.

I started getting emails from him and he would say Maria, what do you think about Intel or what do you think about AOL and I thought who is this person emailing me? It’s crazy, he’s calling himself Joey Ramone. Sure enough it was him and we developed this friendship. And he was attuned to the markets. He really understood his own investment portfolio. Joey Ramone was a fantastic investor.”

Turns out he actually had a crush on her and the song was on his last album that was released after his death from lymphoma in 2001.

Here is the first verse of the song:

5. She Has Been Married to Jonathan Steinberg since 1999 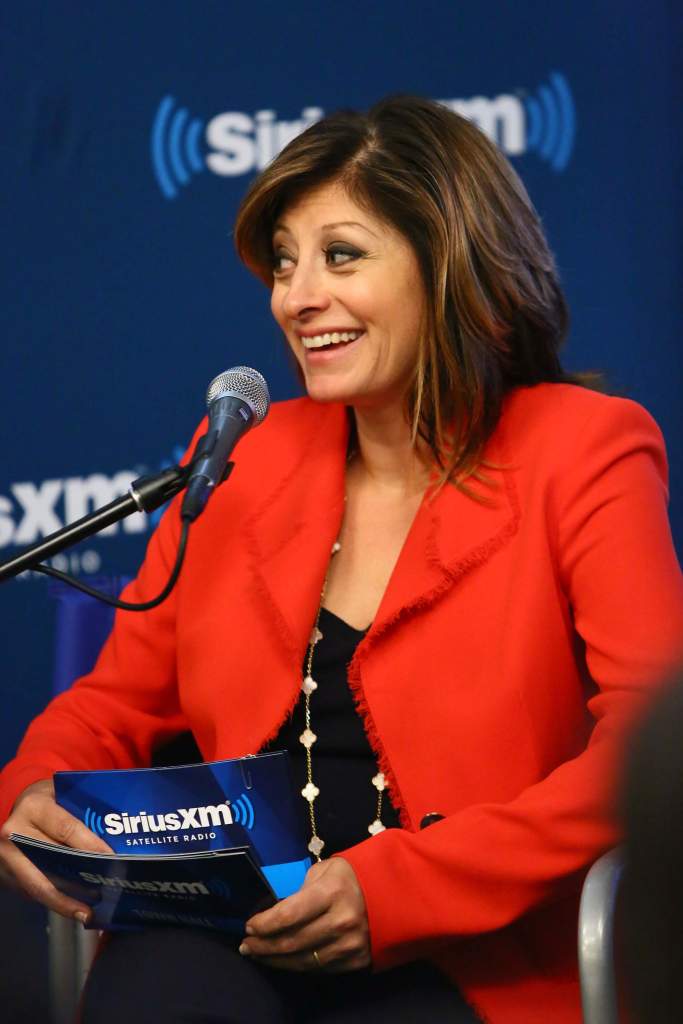 Bartiromo has been married to husband Jonathan Steinberg, CEO and President of Wisdom Tree Investments, since 1999.

Steinberg, along with one of the vice presidents of the company, Luciano Siracusano, was responsible for the creation and development of Wisdom Tree’s proprietary index methodology, according to the website.

Before starting his own company and marrying Bartiromo, he was best known for being “Saul’s son.” His father, Saul Steinberg who passed away in 2012, was the CEO of Reliance Group Holdings, a property and casualty insurance company in Manhattan. Saul was often referred to as a corporate raider whose confidence and brash decisions characterized his work. 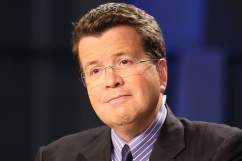 Read More
2016 Presidential Election, Politics
wpDiscuz
6
0
Would love your thoughts, please comment.x
()
x
| Reply
Maria Bartiromo, a Fox Business Network anchor, is the seasoned journalist who will be one of the moderators at tonight's GOP debate.