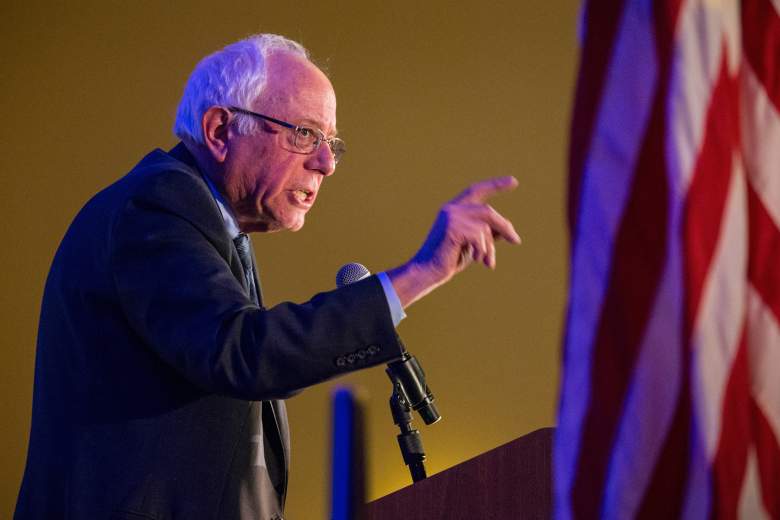 Bernie Sanders, seen here at the First in the South Dinner, spoke at length about Wall Street and health care reform in Sunday’s Democratic debate. (Getty)

The Democratic debate featured memorable exchanges on police, Wall Street, campaign finance and health care. While the candidates agreed on multiple issues in general, they were at odds in several important respects. Read the recap below and vote for Sunday’s debate winner.

Hillary Clinton asserted her commitment to the Affordable Care Act as a path to universal health care but disagreed with what she characterized as Bernie Sanders’s plan to scrap and rework the ACA. Sanders shot back that he was on the committee that wrote the ACA, before pointing out that it didn’t go far enough, with millions of Americans still uninsured, at which Hillary questioned the wisdom of dismantling the current system with the GOP opposing any further reform.

O’Malley later challenged Sanders’s health care platform, noting that he couldn’t get it through in Vermont for budget reasons, prompting this retort:

Clinton agreed with what moderator Lester Holt called a common view that black lives were being held as cheap, and advanced an agenda of retraining police officers and holding them more accountable. Sanders went a step further, advocating that every officer-involved shooting trigger a Department of Justice investigation. O’Malley talked up his record in Baltimore, where he established a robust civilian complaint review board and other police reforms.

Sanders poked at Clinton’s donation and speaking record for big banks, arguing that “too big to fail” banks need to be broken up. Clinton responded by pointing to her work on Dodd-Frank, a major regulatory overhaul for the finance industry.

Sanders also made a promise regarding his future presidency:

If elected president, Goldman Sachs will not be in my cabinet. #DebateWithBernie

Sanders spoke against Iran’s actions, but urged the United States to move toward a more positive relationship. He further called King Abdullah of Jordan a “hero” in an “unheroic place” and encouraged the US to empower people like him. Likewise, Clinton praised the Obama Administration’s aid of Sunni and Kurdish fighters against ISIS. Clinton and Sanders disagreed on what to do with Syrian leader Bashar al-Assad, with Sanders calling for his removal and Clinton placing the blame elsewhere.

In the wake of ISIS-affiliated attacks, Martin O’Malley spoke about the balance between security and privacy in allowing law enforcement access to personal communications:

I believe whether it’s a back door or a front door that the American principle of law should still hold that our federal government should have to get a warrant, whether they want to come through the back door or your front door.

O’Malley went on to note the need for the government to collaborate with private industry to protect Americans while respecting their liberties.

Election consultant Frank Luntz awarded victory in this debate to Sanders, but it wasn’t all good news:

Bernie needed an overwhelming victory in tonight's #DemDebate. At best, he got a narrow one That won't be enough to win the Dem nomination.

He did note, however, that Bernie Sanders got a huge bump in search volume: