Easter is much more than colorful eggs and bunnies. On this sacred holiday, Christians celebrate the Resurrection of Jesus Christ. It is the most important day on the church calendar. Christians rejoice in the that hope that God became a man who died for our sins and was resurrected, thus giving His followers eternal life.

This year, it falls on March 26. Learn more about Easter’s meaning, history and traditions below.

Jesus Christ was crucified and died on Good Friday. On the third day, Easter Sunday, he resurrected. In Matthew 28, it states, “After the Sabbath, at dawn on the first day of the week, Mary Magdalene and the other Mary went to look at the tomb.”

The women encountered an angel, who said to them, ““Do not be afraid, for I know that you are looking for Jesus, who was crucified. He is not here; he has risen, just as he said. Come and see the place where he lay. Then go quickly and tell his disciples: ‘He has risen from the dead and is going ahead of you into Galilee. There you will see him.’ Now I have told you.”

As they are leaving to tell his disciples, they saw Jesus. The Gospel continues:

“Greetings,” he said. They came to him, clasped his feet and worshiped him. Then Jesus said to them, “Do not be afraid. Go and tell my brothers to go to Galilee; there they will see me.”

2. The Symbols of the Egg & Bunny Were Not in the Bible

Although there is no mention in the Bible of the symbols we now associate with Easter, the holiday has come to be represented by eggs and bunnies.

For Christians, the egg is a symbol of the Resurrection and new life. The eggshell represents the sealed tomb, and cracking the shell symbolizes Jesus’ resurrection from the dead. Decorating hardboiled eggs dates back to the 13th century.

Easter egg hunts and egg rolls are also part of the holiday. The White House hosts an Easter Egg Roll for children 13 years old and under, which dates back to 1878. Watch a clip from last year’s event above.

The Easter Bunny who comes and brings children treats, has been a tradition for centuries. “According to some sources, the Easter bunny first arrived in America in the 1700s with German immigrants who settled in Pennsylvania,” History.com reported.

3. It’s a Movable Feast, Which Means the Date Changes Each Year

HE IS RISEN! – Death is overcome ??? This is our HOPE, this is our JOY, this is our PEACE and this is our STRENGTH. Even in our darkest moments we know that the VICTORY IS WON and that Christ has made a way for us to enter the very presence of the Creator God. This is LOVE. And now we love because He loved us. #thegreatestlove #Easter #heisrisen #jesus #jesuschrist #bible #realmeaningofeaster #theresurrection #takelove

4. The Name Has Pagan Origins

The word Easter is rooted in the pagan religion and is said to come from the Anglo-Saxon goddess of spring, Eostre. Her name was derived from “eastre,” the ancient word for spring. “It is believed that she is the goddess of the dawn and was worshipped in the spring by pagans in Northern Europe and the British Isles,” states Answers in Genesis.

This claim is based on the writings of Saint Bede, an English monk and theologian. His explanation was that Anglo-Saxons named the month of April after the pagan goddess and since Easter fell in that month, they used that name.

In European languages, the word comes from “Pascha,” the ancient Greek term for the festival used by the early Christians. The word “Pascha” comes from “Pesach,” the Hebrew word for Passover.

“I don’t know of one pastor who won’t spend extra time on this particular message for the congregation and pray for the people who will be there,” said executive dean for the University of Mobile School of Christian Ministries, Reverend Joe Savage, told AL.com. “The churches I’ve been associated with have been praying for Easter for weeks.”

Many Christian denominations begin observing Easter on Saturday night after sundown with an Easter Vigil. The church is dark and a Paschal candle is lit. The service includes readings from the Old Testament and New Testament. In the clip above, Pope Francis presides over the Easter Vigil at St. Peter’s Basilica in the Vatican. 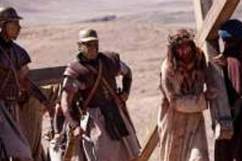 What Is Good Friday? 5 Fast Facts You Need to Know

Loading more stories
wpDiscuz
0
0
Would love your thoughts, please comment.x
()
x
| Reply
Easter Sunday is the most important day on the Christian calendar. It celebrates the resurrection of Jesus Christ. Learn more about the sacred holiday's traditions and meaning.