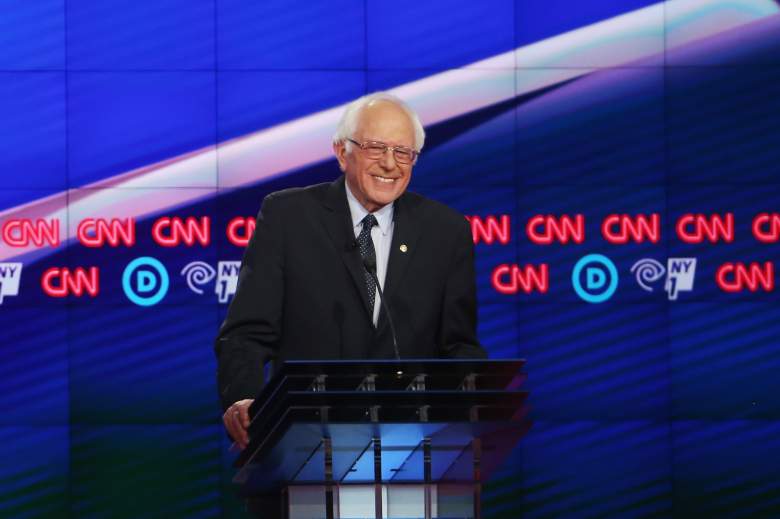 Bernie Sanders has just released his full tax return for 2014, which you can read at this link. One key point in the Democratic debate on Thursday night involved a discussion about transparency. During the debate, he said he would be releasing his 2014 tax returns as early as Friday. Interestingly he already released his 1040 tax summary from 2014 awhile back, and we have a link to it in this story under Fact 4. But some people want more details, including all the attached Schedules and an itemized list of every deduction. Meanwhile, others believe that for someone with an income below $300,000 like his, there’s no reason to get a more detailed tax return. But now, all those details are available.

Sanders said that he would release his full 2014 tax return on Friday, and he kept his word despite a long trip to the Vatican. You can see his full tax return at this link.

Sanders warned at the debate that because he doesn’t make much money, the tax returns are going to be very boring. This was confirmed. His income for the entire year was less than Hillary Clinton has made for one speech at certain venues:

Among the deductions on his 2014 return were:

His wife, Jane, ran a business that only made $4,900 in 2014. They claimed zero expenses for that business: 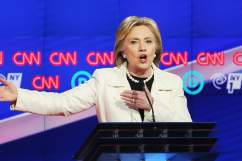 Will Hillary Clinton Release Her Transcripts?

2. Hillary Clinton Said She Would Be Transparent About Her Speeches Once Sanders Released His Tax Information

Bernie Sanders pushed Hillary Clinton to release the transcripts of her paid speeches given to Wall Street firms, such as Goldman Sachs. Clinton responded that she would release her transcripts when everyone else was equally transparent, including Sanders’ releasing his tax returns. So Sanders took Clinton up on her offer, announcing that yes, he will be releasing his 2014 tax return on Friday. You can see the first part of the exchange in the video above. Clinton did not respond with a promise of her own, so at this point it look like we won’t be seeing transcripts of her speeches yet.

3. Jane Sanders Prepares Their Taxes Every Year and Claimed No Expenses for Her $4,900 in Business Income

When asked why he hadn’t released all of his tax returns yet, Sanders said this his wife Jane prepares their taxes every year.

“Jane does our taxes. We’ve been a little bit busy lately. You’ll excuse us.”

In fact, the summary of their 1040 tax return that was already released indicates that it was, indeed, self-prepared. As you can see under Fact #1, Jane herself made $4,900 for her business income and claimed no expenses for the business in 2014.

Jane Sanders accompanied Bernie to the Vatican on Friday, along with their children and grandchildren. This may account for a delay in releasing the full, itemized return for 2014 in addition to the 1040 form. It was released at the end of the day on Friday.

Here’s just part of the 1040 summary that Sanders already released for his 2014 tax return. (TaxHistory)

Whats’ the difference between a 1040 tax summary and a full tax return? When Sanders released his full tax return, it included details like charitable donations and itemized deductions and all the attached schedules. 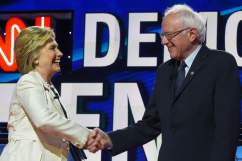 You can read more about his net worth here.

Loading more stories
wpDiscuz
140
0
Would love your thoughts, please comment.x
()
x
| Reply
Bernie Sanders kept his debate promise and released his full 2014 tax return on Friday. Read all about his tax return here and see his deductions and income.