The Drip Drop entered the Shark Tank with their edible rings that prevent ice cream cones from making a melty mess.

Heavy interviewed the high schoolers behind the invention, Oliver Greenwald and Sam Nassif, who said they come from “a long line of family entrepreneurs.” When asked how they balance school and work, Greenwald replied, “It is really, really, really hard to balance our homework, athletics, and social activities when running a business. We’ve had to make many sacrifices to work on The Drip Drop, but in the end it was really worth it and paid off.”

As for the future, Nassif said, “We want to license The Drip Drop to ice cream cone manufacturers and shops around the world, so if we get a Shark’s investment, we would prepare a presentation to pitch to manufacturers and retail shops, and hopefully they will bite.”

Will the Sharks take the bait? Find out April 22! #dripdropnation

We came up with the idea when we were 10 years old and in 5th grade. We just happened to be sitting in an ice cream shop when we glanced over to the table next to us and noticed that this little girl had ice cream all over her hands and clothes and her mom was desperately using napkins to clean her up. We both turned to each other and knew there had to be a better solution for this!

Their Involvement in the Gates Invention and Innovation Competition

In 5th grade we attended Graland Country Day School. We entered the Gates Invention competition because we wanted a space where we could invent and tinker and the Gates competition was just the place. The central assignment was
to ask, “What’s Your Problem?” So we looked around every day. After we found our problem (drippy ice cream), we used the Gates lab to make many prototypes and versions of The Drip Drop until we found the right one. We had a lot of failed prototypes along the way. But we ended up winning second place in the competition and prize money for a patent lawyer. And after three years applying and waiting for a patent, we finally received a U.S. design patent in April of 2015, with three more patents pending.

Watching the ‘Tank’ Every Night

Will the Sharks invest in the Drip Drop? Find out in just one more week!

Even before we started The Drip Drop, we watched Shark Tank every Friday night for five years, dreaming of one day being on the show ourselves. And so we applied last summer and slowly made our way through audition and elimination rounds. We saw online somewhere that 50,000 entrepreneurs applied this season. So we feel incredibly honored to be among the approximately 130 applicants on the show.

The Drip Drop in action!

It took a long time to make the first edible prototype because we first tried to make The Drip Drop out of paper, then clay, and then 3D printed material. And once we knew that we wanted to make edible versions, we had to look up the recipes for waffle cones and had to tweak the recipe about 100 times until it tasted and looked exactly like we wanted it to. 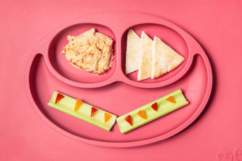 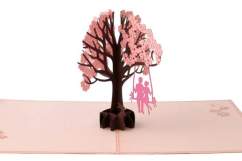