As Dena Minning prepares to try and take the congressional seat being vacated by Rep. Alan Grayson in Florida, the pair decided to wed. The nuptials were confirmed when Minning, 45, changed her last name on both her Facebook and Twitter pages to Grayson. On a photo posted to Facebook on the morning of May 30, Minning wrote, “My handsome, brilliant, and amazing husband, Alan Grayson!!”

Grayson, 58, is vacating his seat to challenge for Marco Rubio’s senate seat. While Minning has to contend with Susannah Randolph and state Senator Darren Soto for the Democratic nomination.

1. The Couple Where Married on a Beach Close to Where Minning Grew Up

"Yet if we are bold,
love strikes away the chains of fear
from our souls."
— Maya Angelou pic.twitter.com/1DK5sOA1QG

In a statement to the Tampa Bay Times, Grayson’s spokeswoman Brook Hines said, “Rep. Alan Grayson and his wife Dr. Dena Grayson had a small, private wedding ceremony Sunday evening, with friends and family in attendance to celebrate their union, in the Florida beach town where Dena grew up.”

2. They Have Been Together Since 2014; the Same Year Grayson Split From His Wife

The couple has been together since 2014 while Florida Politics reports they have been engaged since last March and moved into together in Orange County at this point. The website adds that Grayson’s 25-year marriage to Lolita Grayson officially ended in the summer of 2015 “after extended and often ugly litigation.”

3. Minning Is Hugely Influential in the Fight Against Ebola & the Marburg Virus

On her campaign website, Minning talks about her medical career saying:

As a doctor, I provided patients the medical treatment they needed and deserved, regardless of their ability to pay.

In Congress, I will work to ensure that everyone can get the care that they need be healthy and stay alive by reducing the cost of insurance, extending the coverage of employees, and expanding Medicaid.

I will also protect the health of our seniors by expanding Medicare to cover eyes, ears and teeth.

Minning also focuses on equality and progress on that page. Florida Politics reports that Minning has until June 20 to change her name officially to Grayson if she wants it on the ballot.

Mining is referred to as a “biotechnology entrepreneur” in a Politico feature on her political ambitions.

Dr. Grayson realized the promise of combining her passion for clinical medicine with her knowledge of basic science to improve patients’ lives.

To fulfill this goal, she became a biomedical researcher, leading the development of new medicines to treat grave diseases, including cancer, kidney disease, autoimmune disorders, and Ebola, and other deadly viral infections.

4. Grayson Is Squaring Off Against Rep. Patrick Murphy for the Democratic Primary

Politico reported in March 2016 that Democratic party bosses were not happy with Grayson’s decision to run against Patrick Murphy for Marco Rubio replacement. Grayson countered by emailing his supporters, saying in part:

The Treasure Coast Palm reports that Murphy has the supporter of President Obama.

5. Grayson Was Married to His First Wife for 25 Years; the Couple Had 5 Children Together

Grayson’s divorce from his wife was played out in the tabloids. At one point during proceedings, one of Lolita Grayson’s breast implants sprang a leak and a court date had to be suspended. Meanwhile, he accused her of bigamy while she countered saying he had abandoned her and their kids, leaving them in a house that was covered in mold, reported CBS Tampa Bay.

The tit-for-tat divorce ended in July 2015 when a judge annulled their marriage, reports the Orlando Sentinel. 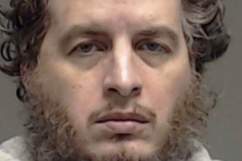 Loading more stories
wpDiscuz
3
0
Would love your thoughts, please comment.x
()
x
| Reply
As Dena Minning prepares to try and take the congressional seat being vacated by Rep. Alan Grayson in Florida, the pair decided to wed.