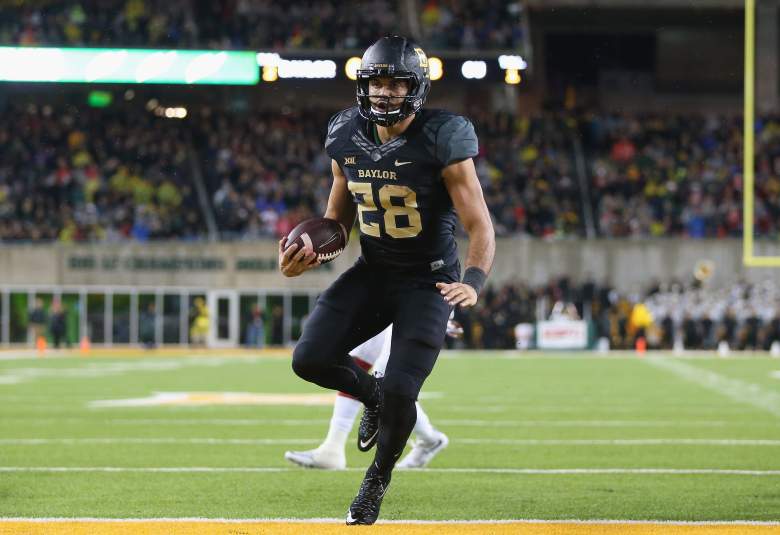 Chafin is being accused of an assault in 2014. (Getty)

Devin Chafin was the running back for the Baylor Bears for a number of years, and in that time he got himself in hot water a number of times. Only some of his controversies are actually from this year, but more from the past have come to light recently, most notably in an Outside the Lines report about documenting a history of violence amongst Baylor players, including Chafin in 2014.

Today, the accusations became more troubling, as a woman came forward alleging that she was the victim of an assault from Chafin, with details and pictures. This comes soon after Baylor’s football coach Art Briles was fired amidst controversy of Baylor higher-ups handling of rape allegations among football players.

Here’s what you need to know about Chafin. 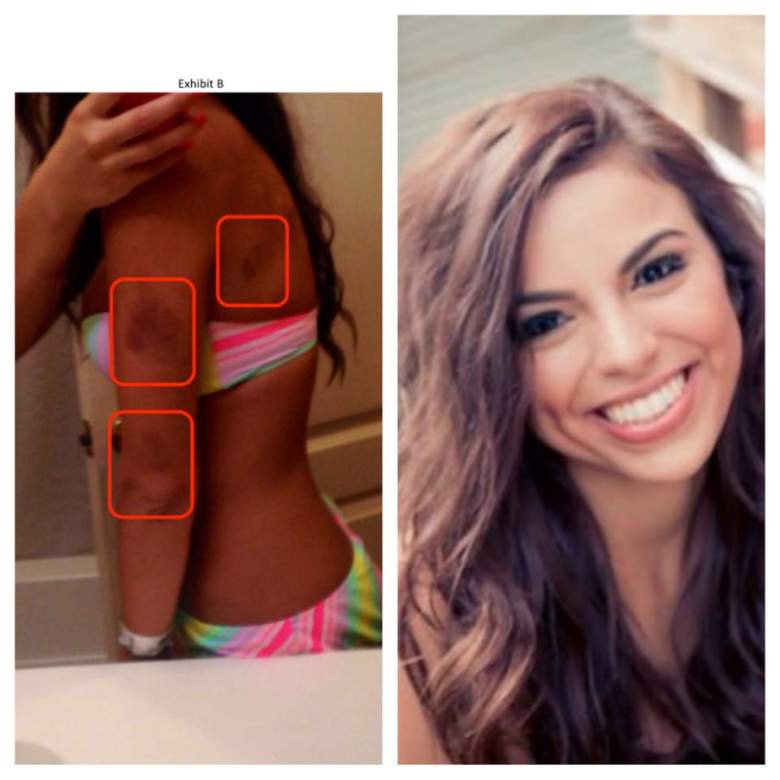 Joe Schad recently reported the accusations of Lozano, a former Baylor student. Lozano documents to Schad multiple counts of alleged abuse on Chafin’s part in March and April of 2014. She has also provided pictures of the bruises caused by the alleged assaults, shown above.

Schad reports that in March of 2014 Chafin, among other things, “slammed Lozano against the wall” and “choked Lozano until she lost feeling in her body.” He also documents two alleged assaults in April of 2013 where Chafin assaulted Lozano against a vehicle and slammed her “to the ground.” In addition to saying Lozano dated Chafin at the time, Schad’s report also notes a discussion with Chafin’s mom, wherein she urged Lozano “not to report the issue to the police.”

2. He Was Charged with Possession of Marijuana in March 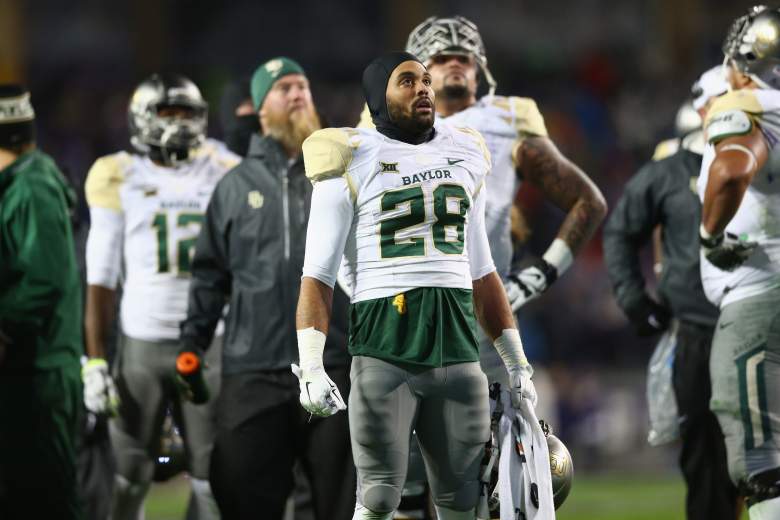 Chafin in a game against TCU. (Getty)

Chafin had already been under controversy this year, albeit for a much lighter charge than the newest allegations. In March of 2015, Chafin and a friend were in Colorado for Spring Break, stopped on a highway in Oklahoma, and subsequently arrested and charged with marijuana possession. When stopped on Highway 70, marijuana and candy laced with THC were discovered, and while those were legally purchased in Colorado, it was illegal in Oklahoma, where it’s only allowed for medicinal purposes.

In response to Chafin’s arrested, then-coach Art Briles suspended Baylor from the team indefinitely, not allowing him to take part in workouts. The full statement of the arrest from the Tillman County Sheriff’s office can be found here.

3. Chafin Was Recently Dismissed From Baylor 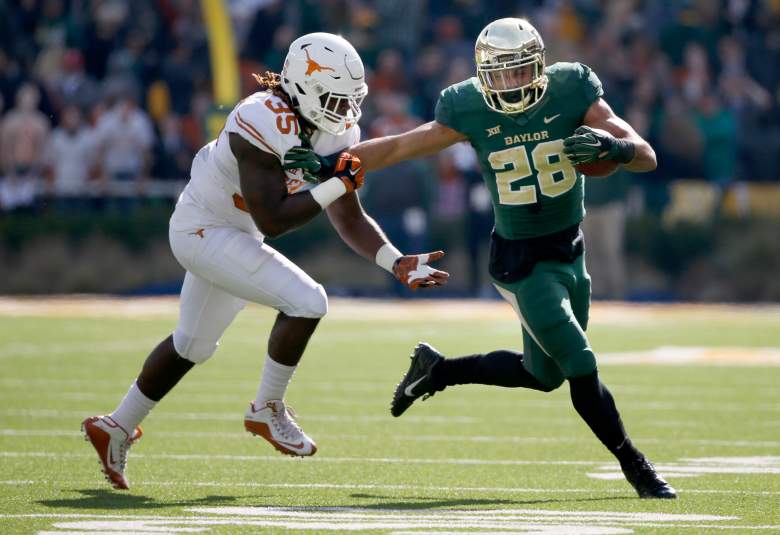 In response to the plethora of troubling news from Chafin, he was dismissed after the spring semester. Though a couple of months after Chafin’s marijuana arrest, it was shortly after the aforementioned ESPN report that mentioned Chafin’s assault, which has since become a more specific allegation. Pepper Hamilton’s report of the Baylor scandal noted a number of failures by Baylor’s staff.

4. He Had a Career High in Touchdowns and Yards Per Game in 2015 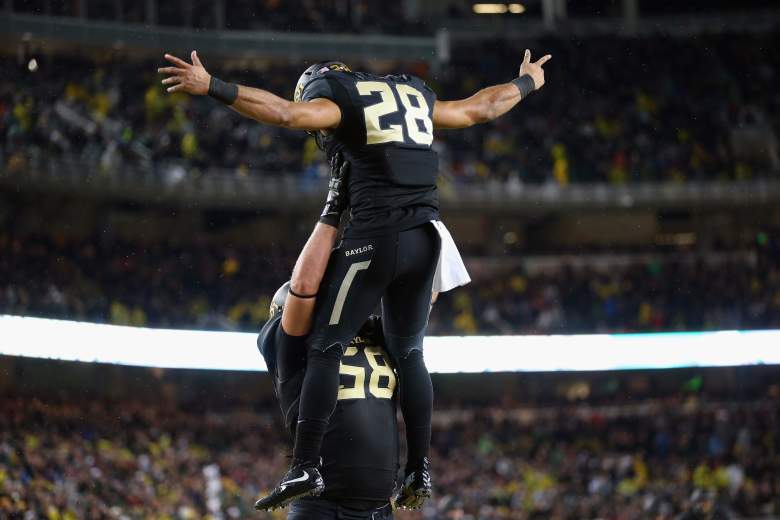 No longer on the team, Chafin was coming off his best season to date at Baylor. Stats show that while Chafin’s high in yards per rush came in 2013 as a redshirt freshman, 2015 was when he got the most playing time and he took full advantage. In 121 attempts, he rushed for 578 yards for 4.8 yards per rush and a career high 57.8 yards per game. Chafin was improving as a player, if not necessarily in his personal life.

One impressive game last year for Chafin came on November 14, 2015 against Oklahoma. FOX Sports game log shows him scoring 3 touchdowns in the game on 13 attempts.

5. He Was an All-State Running Back in Texas in High School 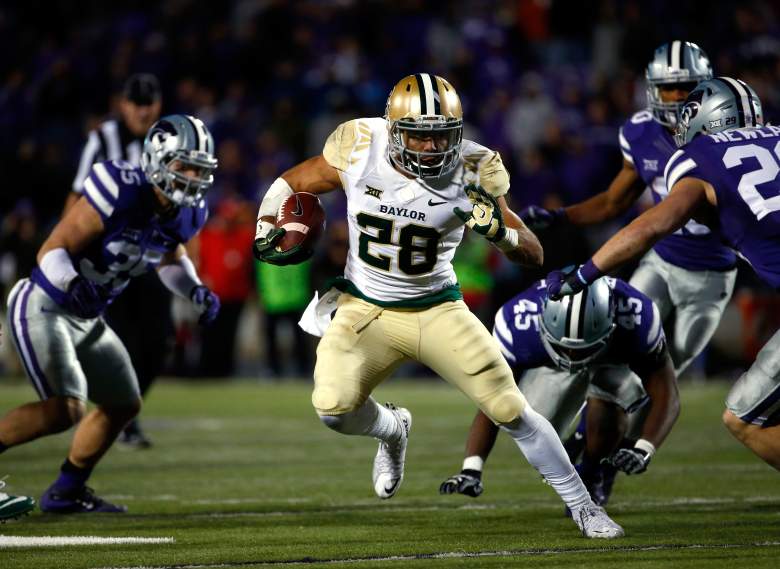 The same page with his stats above documents Chafin’s history in football. Playing for Burkburnett High School in Texas, Chafin was an All-State running back. He was impressively ranked as a running back coming out of high school as well – ranked “No. 65 by 247Sports.com, No. 83 by Scout.com, No. 108 by ESPN.com.” A few years later, past his high school hype, he is dismissed from his school with an arrest on his record and detailed, gruesome assault allegations against him in a scandal that only grows worse. 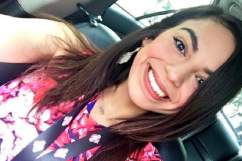 Loading more stories
wpDiscuz
0
0
Would love your thoughts, please comment.x
()
x
| Reply
Chafin has been accused of a 2014 assault by Dolores Lozano. This is not his first run-in with controversy.