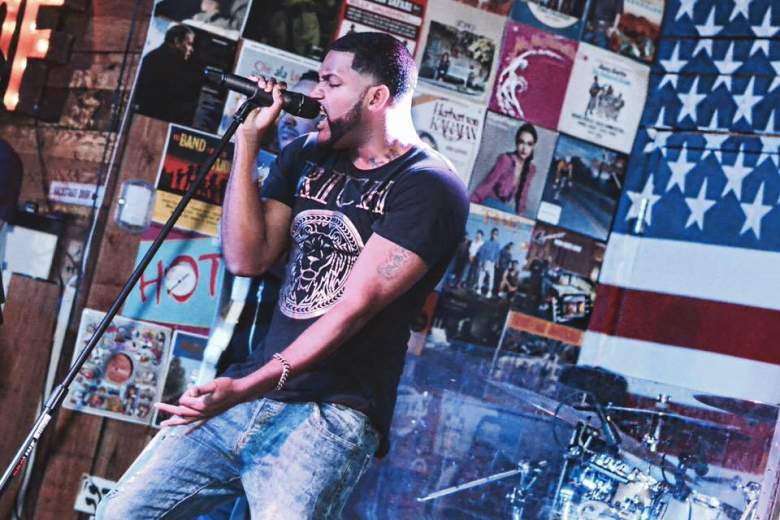 Shane Evan Tomlinson was among the 49 victims of the mass shooting at the Orlando gay nightclub Pulse on Sunday morning. Just hours prior to the shooting, Tomlinson sang on stage with his local popular cover band Frequency. He was 33-years-old and a graduate from East Carolina University in North Carolina.

Here’s a look at Tomlinson’s life.

Tomlinson gave his final performance on June 11, just hours before the shooting on Sunday morning. Frequency performed at Blue Martini Orlando, just south of the Pulse nightclub. They are managed by D. Bailey Management, which bills the group on YouTube as “Florida’s Top Wedding/Corporate Band.”

The group played covers at functions, with Tomlinson singing lead. His LinkedIn profile also listed him as manager of the group since 2012.

We are all deeply saddened by this horrific tragedy and loss of one of our own Shane Tomlinson. We appreciate all the love and support from everyone. Shane touched the lives of so many people and it shows. We ask that during this time you allow us to take the time we need with family and we will update everyone as soon as we can. We need to come together during this time and support one another. ‪#‎RIPShane‬ ‪#‎FrequencyBandOrlando‬

The band itself has not posted a message. They did have another show scheduled for the Blue Martini Lounge on June 22.

Tomlinson graduated from East Carolina University in 2003 with a degree in communications and minor in business administration, reports MyFox8. He started singing professionally in 2010 for Soul Kamotion Ent., his LinkedIn page shows. He then performed with Chrome Talent and Boomers Band from 2010 to 2012 before joining Frequency.

“We are saddened to learn that one of our own was killed in this tragedy in Orlando,” ECU Chancellor Steve Ballard told MyFox8. “Our thoughts and prayers are with Shane’s family and friends during this difficult time.”

The university has scheduled a vigil for Tuesday at the Five Points Placa in Greenville, North Carolina at 7:45 p.m.

Orlando Remembers Him as a Great Singer

Frequency’s YouTube videos show Tomlinson’s talents. Blue Martini Orlando called him “a vibrant and charismatic lead vocalist for the cover band, Frequency.” Drummer and friend Michael Crevier called the shooting “a lose, lose situation” and asked people to “lease uplift his family, they are going to need it.” Another friend, Dedrick Tillerson, recalledh ow much he learned from Tomlinson.

R.I.H my friend. It will be because your spirit that we now beef up the fight. I remember when I first moved to Orlando. You were one the first ppl I met. Boy did I learn quite a few things from you. But the one thing I learned and has always stuck with me is an unbelievable inkling of awareness. The awareness to know what made sense and what didn’t. I remember being 21 and you being 22 some of the things that was brought to my attention on certain reactions of ppl that I would come in contact with. Those are things I will never forget buddy. You will certainly live on in spirit through me. Love ya, until we see each other again! Shane Tomlinson.

Another friend, Louis J. Richner, called Tomlinson a “bright soul with a warm heart” and an “incredible inspiration to so many of us.” He continued, “I love you man and so do a gigantic amount of people on earth.”

Loading more stories
wpDiscuz
1
0
Would love your thoughts, please comment.x
()
x
| Reply
Shane Even Tomlinson, the lead singer of the popular cover band Frequency Band, was among the 49 victims of the Orlando mass shooting at the Pulse nightclub.