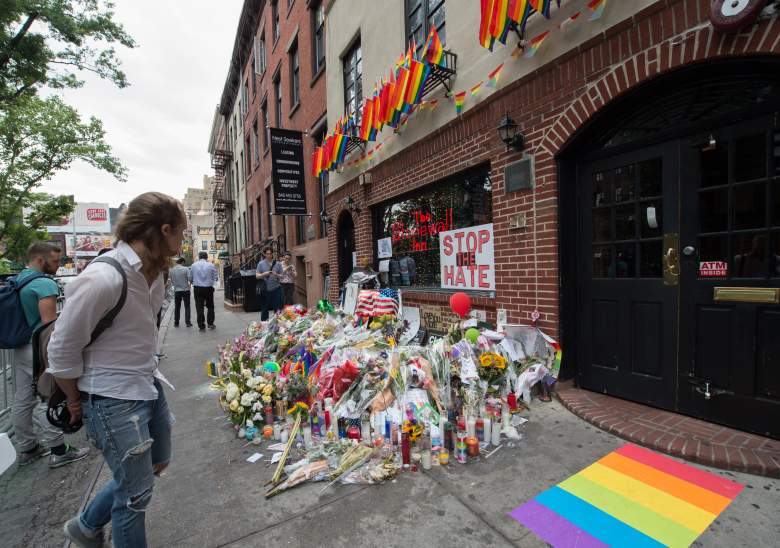 After the mass shooting in Orlando on June 12, people started a memorial outside the Stonewall Inn in New York City. (Getty)

On Friday, President Barack Obama named the first national monument dedicated to the fight for LGBT civil rights. He designated the site of the June 1969 Stonewall riots in New York City, in front of the Stonewall Inn, as the “Stonewall National Monument.”

Obama said in a statement that he believes the National Park system should reflect the diversity of the United States. It came just two months after Obama designated the Belmont-Paul Women’s Equality National Monument to celebrate the push for women’s equality.

I’m designating the Stonewall National Monument as the newest addition to America’s National Park System. Stonewall will be our first national monument to tell the story of the struggle for LGBT rights. I believe our national parks should reflect the full story of our country, the richness and diversity and uniquely American spirit that has always defined us. That we are stronger together. That out of many, we are one.

Here’s a look at the Stonewall National Monument.

1. The Riot Started After What Was Supposed to Be a Typical Police Raid

In the early morning hours of June 28, 1969, New York City police were trying to perform a routine raid of the Stonewall Inn in Greenwich Village. Homosexuals would be arrested at these raids and the city was trying to get rid of them, as it was illegal to serve gay people alcohol. But the Stonewall raid went differently, as those inside refused to follow police orders. People also started gathering outside and it turned violent.

According to the Stonewall Inn website, a fight began when a lesbian was taken to a police wagon. She fought the officers and was beaten. The crowd, which had grown to 600 people at that point, tried to overturn the police wagon and threw objects at it and the building. More police arrived to get the other police inside the inn out.

A few hours later, the scene was cleared, with 13 people arrested and everything in the inn broken. Gatherings at Stonewall continued through July 2, 1969. People shouted “gay pride” and “gay power.” 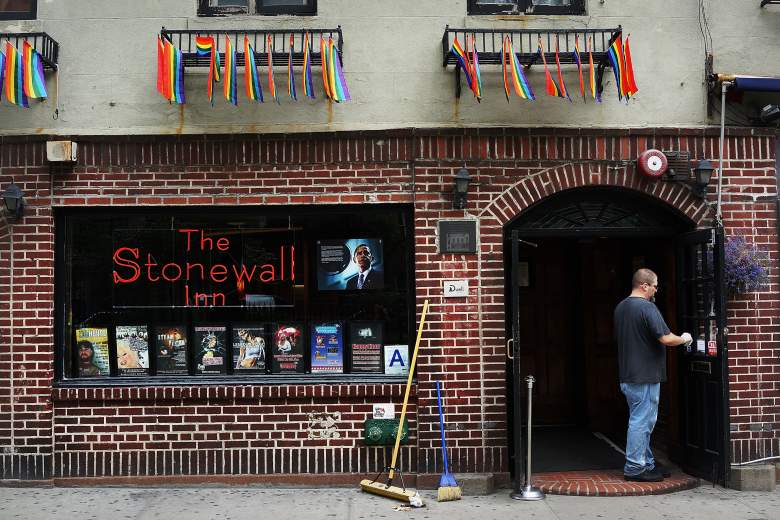 The front of the Stonewall Inn (Getty)

Six months after the riot, the Gay Activists Alliance began. A year later, on June 28, 1970, New York hosted the first Gay Pride Parade. There were also parades in Los Angeles and Chicago. Cities around the country started having them.

The 2016 New York City Gay Pride parade will likely be the largest ever on June 26, especially as people remember the 49 victims of the Pulse nightclub shooting in Orlando. AmNewYork reports that 32,000 marchers and over 400 groups are participating. Last year’s march had 2.5 million spectators.

The group that organizes the march, Heritage of Pride, will have the Scouts of Equality Color Guard carry 49 flags and the group’s float will have the names of the victims. Marchers will also carry a “#WeAreOrlando” banner. 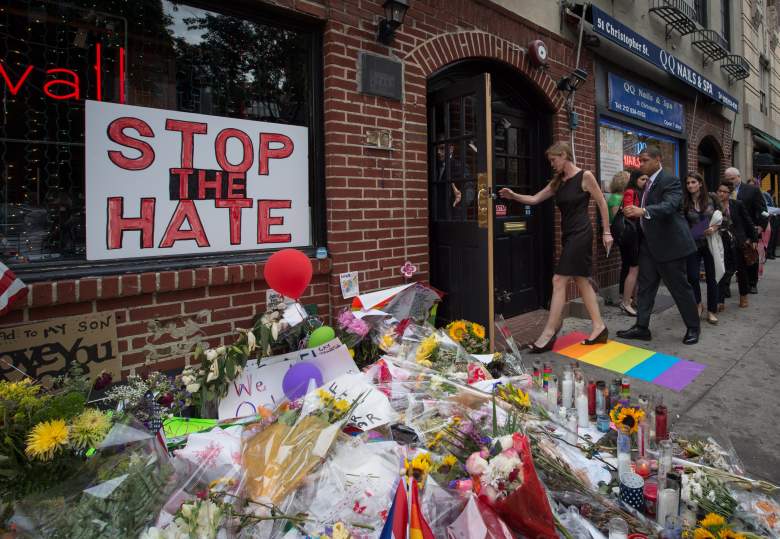 On June 16, the Stonewall Inn hosted a meeting of the United Nations’ LGBT Core Group. (Getty)

During Obama’s presidency, the Supreme Court ruled that same-sex couples can marry. In his second inaugural address, Obama made it clear that the LGBTQ community must be allowed to marry who they love.

“Our journey is not complete until our gay brothers and sisters are treated like anyone else under the law for if we are truly created equal, then surely the love we commit to one another must be equal as well,” Obama said.

The speech was also the ultimate recognition of the Stonewall riot’s importance in American history. Obama mentioned it in the same breath as the marches in Selma and the Seneca Falls women’s rights convention. Obama said:

We, the people, declare today that the most evident of truths –- that all of us are created equal –- is the star that guides us still; just as it guided our forebears through Seneca Falls, and Selma, and Stonewall; just as it guided all those men and women, sung and unsung, who left footprints along this great Mall, to hear a preacher say that we cannot walk alone; to hear a King proclaim that our individual freedom is inextricably bound to the freedom of every soul on Earth. 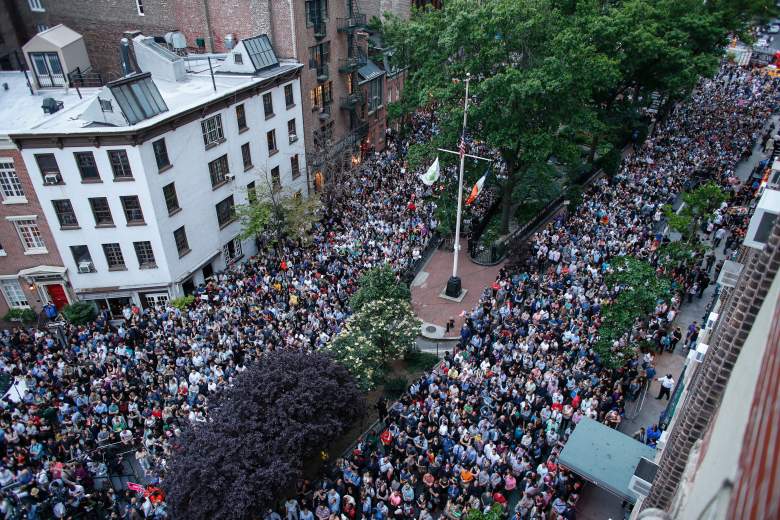 A vigil was held outside the Stonewall Inn on June 13 after the Orlando shooting. (Getty)

In June 2015, the NYC Landmarks Presentation Commission voted to name the Stonewall Inn a New York City Landmark. The commission recognized the location as ” the starting point of the Stonewall Rebellion, is one of the most important sites associated with Lesbian, Gay, Bisexual, Transgender history in New York City and the nation.”

The landmark includes both buildings that make up the Stonewall Inn on Christopher Street. Now that it is a National Monument, the National Park Service also owns Christopher Park across the street, since it is integral to the story of Stonewall.

The National Parks Service added that the Stonewall bar still be privately owned. Here’s the service’s statement on the location:

What happened at Stonewall is a part of the story of the struggle for human rights and civil rights in the United States. This is a special place. The demonstrations and protests that took place here in response to police raids against the LGBT community are considered some of the most important events in LGBT history and are recognized as a critical turning point that paved the way for the modern LGBT civil rights movement.

5. Other Important Locations in LGBTQ History Have Been Joined the National Register of Historic Places 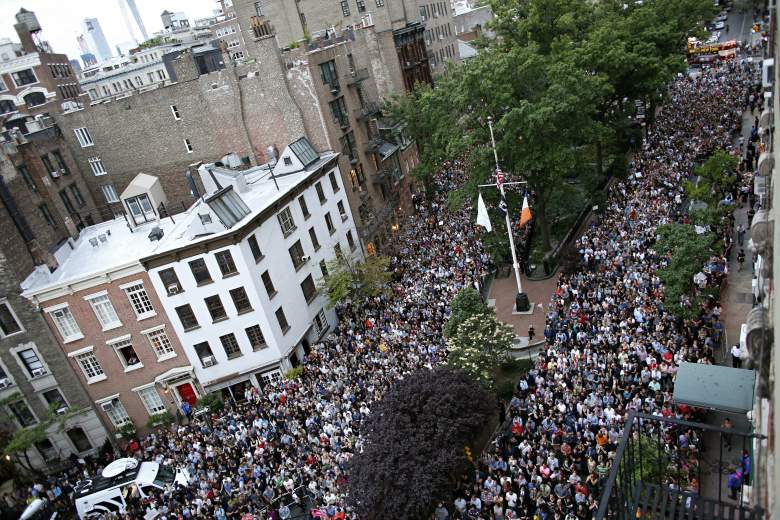 Another view of the June 13 vigil. (Getty)

Although Stonewall is the first National Monument related to the LGBTQ rights movement, the National Parks Service did add two other important locations to the National Registry of Historic Places in May 2016.

The first location is The Furies Collective in Washington, D.C. From 1971 to 1973, The Furies Collective, a lesbian group, met at the building on 11th Street Southeast to publish a newspaper on women’s identities and relationships, as well as an edition of Motive magazine.

Another location added was Edificio Comunidad de Orgullo Gay de Puerto Rico in San Juan. This was the meeting place of the first gay and lesbian group in Puerto Rico, founded in 1974.

You can check out the list of other LGBTQ locations on the National Registry of Historic Places here.

Loading more stories
wpDiscuz
1
0
Would love your thoughts, please comment.x
()
x
| Reply
President Barack Obama announced today that he has named the site of the Stonewall Uprising a new National Monument. It's where the LGBTQ civil rights movement began.