With a military coup underway in Turkey, Turkish President Recep Tayyip Erdogan is telling people the country “can’t be run from Pennsylvania” — a jab at preacher and cleric Muhammed Fethullah Gülen.

#Erdogan says "This country can't be managed from Pennsylvania" linking coup to Gülen who lives in PA. pic.twitter.com/LBGL49dgIj

Gülen, 77, lives in the United States, in self-imposed exile. Here is what you need to know about him:

Supporters of Turkish President Recep Tayyip Erdogan march in the main streets of Istanbul, in the early morning hours of July 16, 2016 Turkey. Gulen is being blamed by the government for the coup. (Getty)

Erdogan and his ruling AK party accused Gulen of trying to establish a “parallel state” in Turkey and orchestrating a corruption investigation in 2013, the Guardian reported then. Before then, he was considered an ally.

Gullen has lived in Saylorsburg, Pennsylvania since 1999, where he considers himself in exile.

2. He Has A Large Following In Turkey & Growing in The World 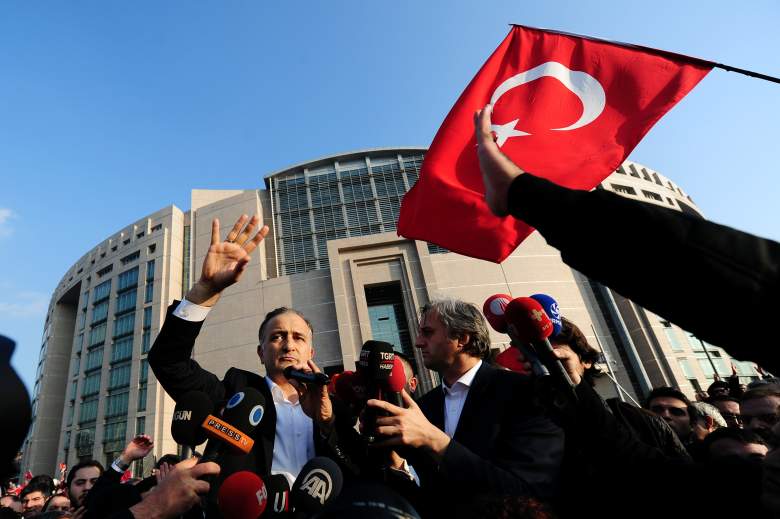 Far from the Pennsylvania Poconos, Ekrem Dumanli, editor-in-chief of the Zaman newspaper, waves to supporters after being released by the court. Raids on the media were linked to Gulen. (Getty)

“Gulen preaches an unusual mix of Islamic piety and Sufi mysticism, as well as free markets, democracy and religious tolerance. His followers have built a worldwide religious, social and nationalistic movement, known as Hizmet, in his name. They control a network of schools, companies and charities around the globe, including about 120 schools and scores of nonprofit groups in the United States,” the paper reported.

The Hizmet following (which means “service“), or the Hizmet-Gulen movement, stretches far beyond Turkey and into other parts of the world. It’s been described as a “moderate version of Islam.”

His supporters want to “punish them all.”

3. Turkey Wants To Punish Him 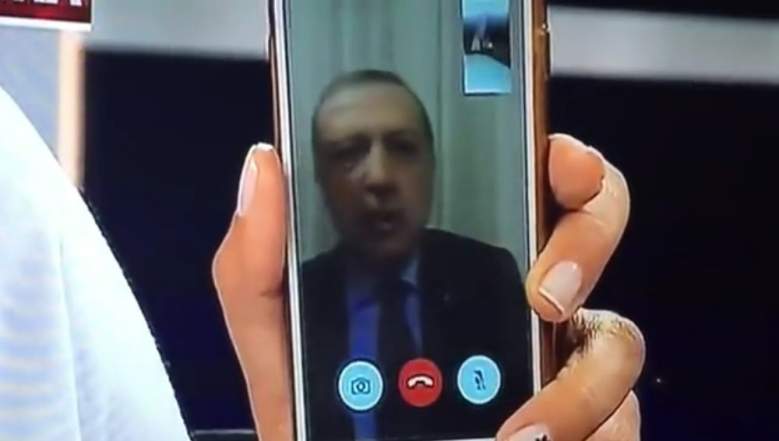 The Erdogan administration has pursued legal action against Gulen. In October, Turkish prosecutor’s asked the high court to seek a life sentence on Gulen.

He was officially added to the country’s terrorist group.

“We took a new decision yesterday. We said that it [the Gülen movement] is an illegal terrorist organization,” Erdoğan said, according to the Hurriyet Daily News.

A global movement of charter schools has Gulen racking up the dough. According to reports from The Hill, he is worth about $25 million.

Gulen is credited with building these private schools in about 180 countries throughout the world, including in the U.S., Africa and Latin America. The schools are nonprofits and have been investigated by the FBI.

Obama and Secretary of State John Kerry voiced support for Erdogan on Friday, after the coup.

Obama hasn’t extradited Gulen because of what’s being perceived as getting in between the conflict with ally Turkey. The two parties — the president and Turkey — have a confusing relationship, with the war in Syria adding confusion.

Obama has invited Erdogan to the U.S., where the two didn’t meet during Erdogan’s visit in April.

Fringe groups are questioning the president allowing Gulen to stay in the states.

Read More
Barack Obama, Turkey
wpDiscuz
5
0
Would love your thoughts, please comment.x
()
x
| Reply
Fethullah Gülen, 77, lives in the United States, in self-imposed exile. He is being blamed for a coup in Turkey.