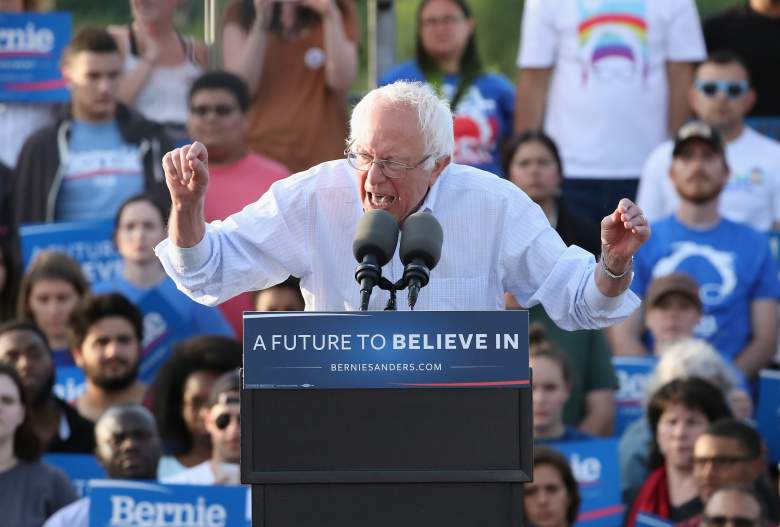 Bernie Sanders supporters are being asked to join a class action lawsuit against the DNC. (Getty)

With news about the WikiLeaks dump showing the Democratic National Committee working to push Hillary Clinton’s nomination rather than remaining neutral, there may be more evidence than ever for a class action lawsuit that has been filed against the Democratic National Committee. But how can you join the fraud lawsuit? There’s still time and we have all the details below.

So far, thousands of Bernie Sanders supporters and other voters have requested to join DNC class action lawsuit, which is being led by Beck & Lee Trial Lawyers, a civil litigation firm based in Miami.

The lawsuit is based on DNC internal emails hacked by Guccifer 2.0 which show the DNC was working behind the scenes to boost Clinton. These emails show that work starting as early as May 2015, a month after Sanders had entered the race. Jared Beck told US Uncut that Article 5 Section 4 of the Democratic Party charter and bylaws requires the chair of the DNC to stay neutral during the primaries:

In the conduct and management of the affairs and procedures of the Democratic National Committee, particularly as they apply to the preparation and conduct of the Presidential nomination process, the Chairperson shall exercise impartiality and evenhandedness as between the Presidential candidates and campaigns. The Chairperson shall be responsible for ensuring that the national officers and staff of the Democratic National Committee maintain impartiality and evenhandedness during the Democratic Party Presidential nominating process.

The most recent leak by WikiLeaks makes it even more apparent that the DNC was working to support Clinton and not remaining neutral.

Beck is also basing the fraud lawsuit on the idea that DNC chair Debbie Wasserman Schultz claimed neutrality, despite evidence that she may have been tipping the scales for Clinton.

Here’s How You Can Join the Lawsuit

Millions of people donated to Sanders’ campaign, resulting in more than $222 million in donations. If you want to join the lawsuit, it’s easy, according to the lawsuit’s Facebook page. Just email dncfraud@jampac.us to be a “class representative” (which simply means that you will be a plaintiff participating in the class action suit.) You’ll need to sign an attorney-client agreement and you won’t have to pay any fees to join. The attorneys may ask you later for proof of your specific donations, which you’ll be able to send by fax or email, but they don’t need that at this time.

If you don’t join, you may still be entitled to relief if the case is won. However, you may miss out on some incentive awards, according to the law firm’s website.

The Lawsuit Covers Claims of Negligence and Fraud

In a YouTube video about the lawsuit, Beck said there were six claims to the case. The first is fraud against the DNC and Wasserman Schultz, stating that they broke legally binding agreements by strategizing for Clinton. The second is negligent misrepresentation. The third is deceptive conduct by claiming they were remaining neutral when they were not. The fourth is is retribution for monetary donations to Sanders’ campaign. The fifth is that the DNC broke its fiduciary duties during the primaries by not holding a fair process. And the sixth is for negligence, claiming that the DNC did not protect donor information from hackers.

You can read all the documents associated with the lawsuit at this link.

Loading more stories
wpDiscuz
135
0
Would love your thoughts, please comment.x
()
x
| Reply
With the WikiLeaks release, there's more evidence that the DNC may have supported Clinton against its own rules. Here's how to join the class action lawsuit.