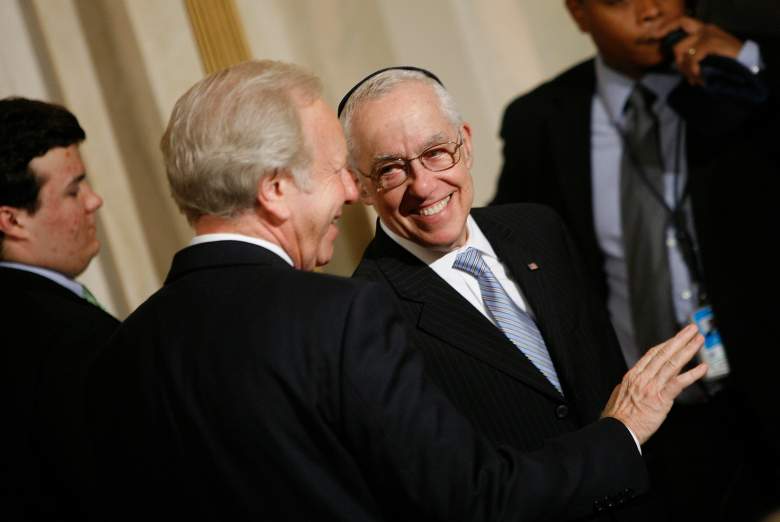 Michael Mukasey at a Hanukkah Reception in 2008. He spoke recently at the 2016 Republican National Convention. (Getty)

Mukasey served two years in the President George W. Bush administration, from 2007 to 2009, before stepping aside for Eric Holder. A lifelong Republican, Orthodox Jew from the Bronx, Mukasey replaced Alberto Gonzalez and has been a harsh critic of Democrat Presidential candidate Hillary Clinton.

When he isn’t speaking at the RNC or defending torture techniques with Congress, Mukasey might be found hanging out with his buddy, former New York City Mayor Rudy Giuliani. Here is what you need to know about Mukasey:

1. Ronald Reagan Appointed Mukasey to the Federal Court in 1987 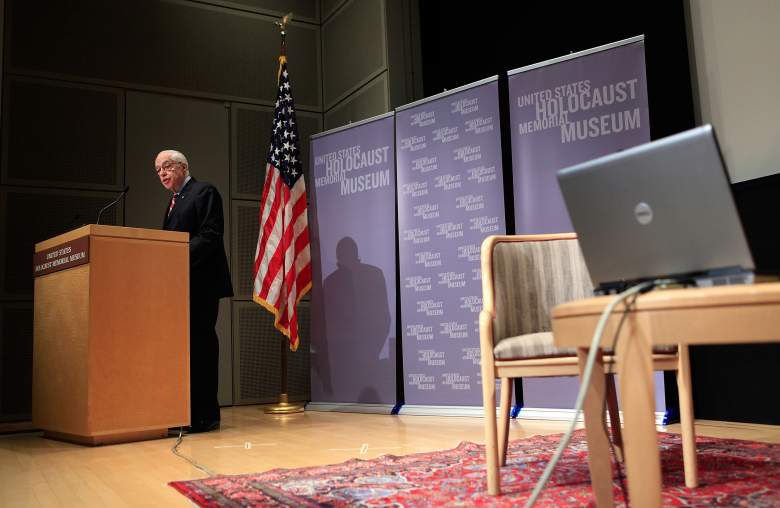 Former Attorney General Michael Mukasey spoke at the National Holocaust Museum in 2008. He appeared on stage at the 2016 GOP National Convention. (Getty)

Mukasey took his first step onto the national stage in 1987 when President Ronald Reagan appointed him to federal district judge the Southern District of New York. Mukasey served there until 2006, when he retired from the bench.

In 1994, Mukasey sentenced Omar Abdel Rahman and El Sayyid Nosair to life sentences for their plot to blow up the United Nations. He also oversaw the criminal trial of 45-year-old Jose Padilla, a U.S. citizen who was charged with aiding terrorists.

Before Mukasey retired, Sen. Charles Schumer (D-N.Y.) submitted Mukasey’s name to President Bush to consider him for the Supreme Court. He was passed up, but Bush would later nominate Mukasey, who returned to private law practice, to the attorney general post. With the help of Democrats in a highly partisan battle, Mukasey was confirmed by the Senate.

2. Mukasey & Giuliani Have Been Buddies Since the 1970s 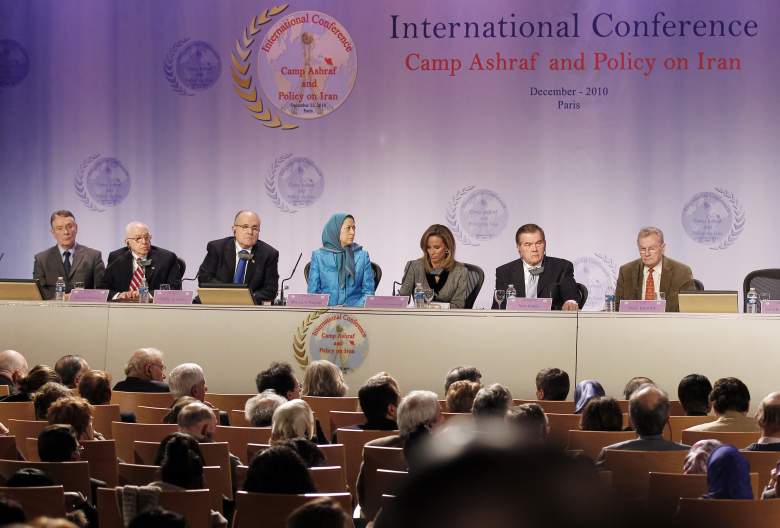 Former Attorney General Michael Mukasey (second from left) and former mayor of New York Rudy Giuliani (third from left) have been friends and work partners since the early 1970s. (Getty)

Mukasey has worked in law practice with Giuliani since the early 1970s, and they have been described to have a “close friendship.”

Giuliani worked for the federal government through the 1970s and 80s, building a reputation as a prosecutor taking down the mafia and organized crime. In 2005, after leaving New York City Hall, but before his failed 2008 presidential bid, Giuliani became a partner at the law firm Bracewell & Giuliani (now Bracewell), where Mukasey’s son, Marc, worked.

3. Mukasey Opposed Trump Because National Security Would be ‘Imperiled’ 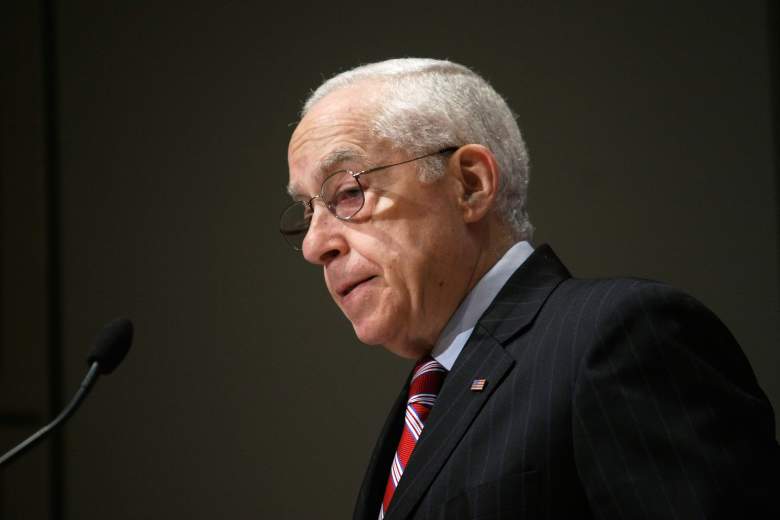 Mukasey took the stage before Trump during the 2016 party convention, but for the past few months the former attorney general has publicly opposed a Trump presidency.

Trump would not protect the U.S. against Muslim terrorists, Mukasey has said in a joint letter with other conservatives like evangelical Russell Moore and personality Glenn Beck.

“He would start with a ‘temporary’ ban on the entry of alien Muslims into the United States until ‘our leaders can figure out what the hell is going on,'” Mukasey wrote in the National Review. “This prescription overlooks that many people already have figured out precisely “what the hell is going on” — that we face a supremacist movement based in Islam that is intent on destroying Western civilization — and have intelligent suggestions for dealing with it. Moreover, Trump’s proposal would assure the enmity of all Muslims, including those whose support we need if we are to prevail.

“We have already suffered seven years of feckless leadership that has invited the contempt of our enemies and the distrust of our friends. We remain the world’s strongest power and can recover; but to inspire the respect that creates fear and trust when and where each is necessary, we will need a president who summons our strength with a reality-based strategic vision, not one who summons applause with tantrums and homicidal fantasies,” Mukasey added later.

“We have disagreed with one another on many issues, including the Iraq war and intervention in Syria. But we are united in our opposition to a Donald Trump presidency,” the group penned.

“…we are unable to support a Party ticket with Mr. Trump at its head. We commit ourselves to working energetically to prevent the election of someone so utterly unfitted to the office,” the letter concluded.

4. Mukasey is a Multimillionaire, With a Net Worth Over $3 Million 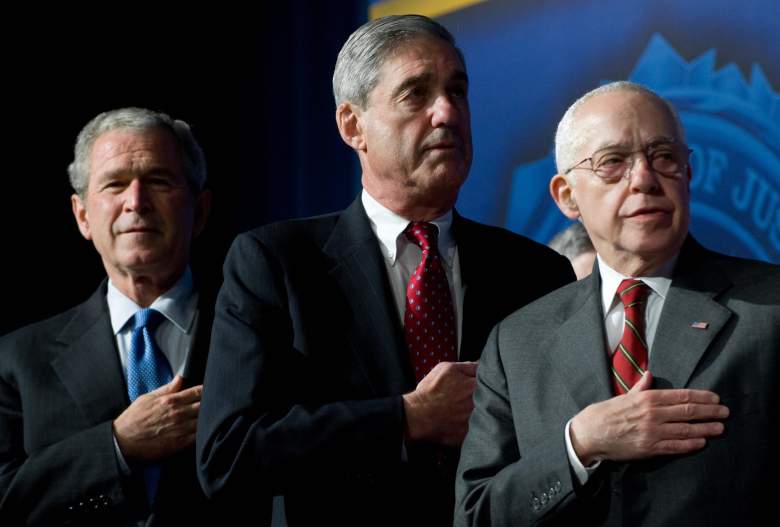 When Mukasey was being considered for the federal attorney general post, he had to disclose his personal financial information. In those filings, Mukasey was worth an estimated $3.6 million with a $2.5 million personal residence.

By the time he retired from the bench, Mukasey was making a base salary over $160,000 for his judgeship. The law allows all retired federal judges to make the same salary when they’re done — for the remainder of their lives. 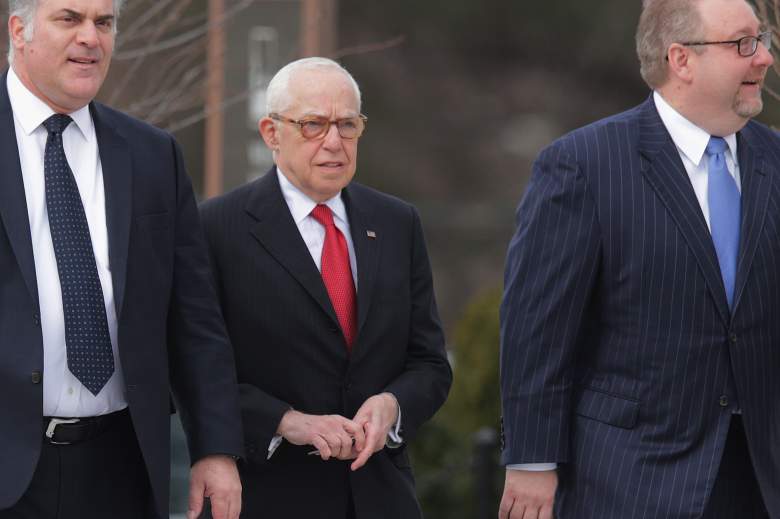 Mukasey attended the funeral of the late Supreme Court Justice Antonin Scalia. He has been a vocal proponent of waterboarding, saying it isn’t torture. (Getty)

One of the sticking points of Mukasey’s appointment to the attorney general post was his stance on waterboarding. Mukasey called the interrogation technique “over the line” and “repugnant,” the liberal Think Progress site reported, but never issued an official legal opinion on the tactic.

In an interview on CNN, Mukasey said waterboarding is not torture:


when asked by Sen. Ted Kennedy (D-Mass.) if waterboarding would be torture if it was done on him personally, Mukasey said, “I would feel that it was.”

Mukasey said there is no easy answer on how to define waterboarding, even though the Bush administration confirmed it was using waterboarding on detainees. In his book, the former President Bush wrote: “CIA experts drew up a list of interrogation techniques. … At my direction, Department of Justice and CIA lawyers conducted a careful legal review. The enhanced interrogation program complied with the Constitution and all applicable laws, including those that ban torture.

“There were two that I felt went too far, even if they were legal. I directed the CIA not to use them. Another technique was waterboarding, a process of simulated drowning. No doubt the procedure was tough, but medical experts assured the CIA that it did no lasting harm.”