A woman was mauled to death by a tiger after getting out of her car at an animal park in Beijing, China, on Saturday, according to the New York Times.

The woman was trying to save her daughter from the tiger, which had attacked the younger woman after she got out of her car during an argument with her husband, according to Bejing-based Legal Evening News. That attack was caught on surveillance video, which you can watch above. The daughter of the woman killed during the attack was seriously injured, but survived. Her husband and child, who stayed in the car, were not hurt.

The attack occurred at the Badaling Wildlife World in an area where visitors are allowed to driver their own cars through a Siberian tiger enclosure.

A screenshot from the video shows the moment the tiger attacked the woman.

In the video, a woman can be seen in the video getting out the car and walking around to the driver’s side door. A tiger comes up behind her, attacking her and dragging her away. The driver, the woman’s husband, gets out of the car to chase after the tiger, while her mother gets out of the back of the car and also runs after the animal. Officials said she was killed by a second tiger, NBC News reports.

Park workers can be seen arriving in a truck just seconds after the attack. 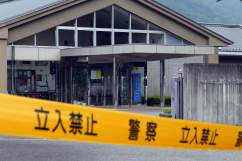 Read More
Animals, Breaking News, China, Video
Follow Heavy ↓
A woman was attacked by a tiger at a drive-through animal park in Beijing, China, and the horrifying mauling was caught on video. You can watch the full footage here.