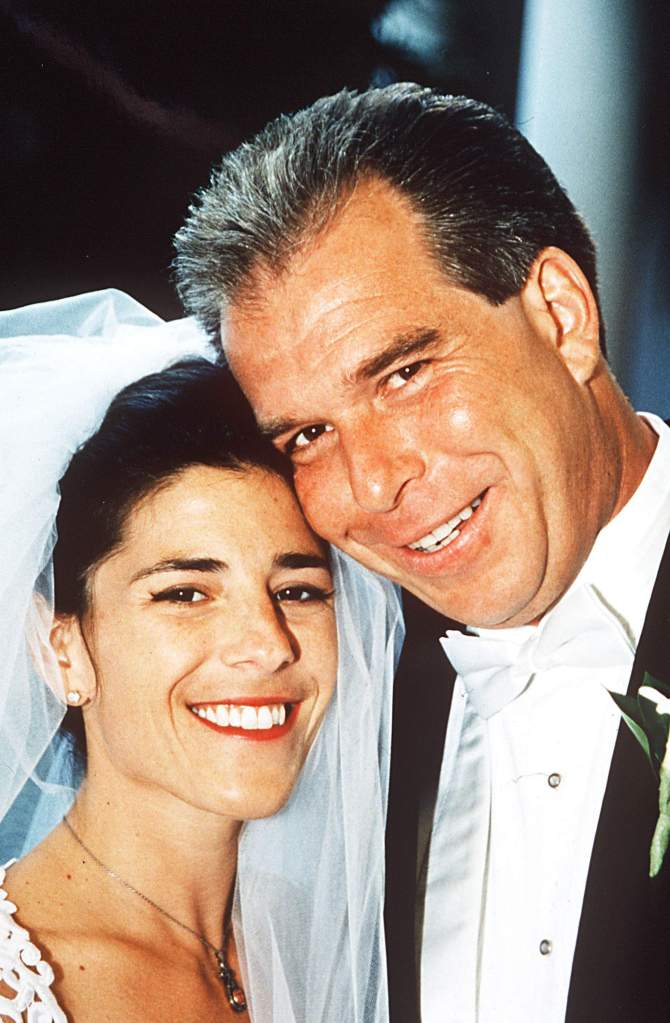 1. Hillary Clinton Shared a Heartfelt Tweet about Her Brother’s Death

We lost my brother Tony last night. It’s hard to find words, my mind is flooded with memories of him today. When he walked into a room he’d light it up with laughter. He was kind, generous, & a wonderful husband to Megan & father to Zach, Simon, & Fiona. We’ll miss him very much.

Hillary Clinton shared a heartbroken tweet on June 8, 2019 announcing her brother’s death. She wrote: “We lost my brother Tony last night. It’s hard to find words, my mind is flooded with memories of him today. When he walked into a room he’d light it up with laughter. He was kind, generous, & a wonderful husband to Megan & father to Zach, Simon, & Fiona. We’ll miss him very much.” His cause of death has not been shared.

2. He Had a Son with Nicole Boxer & Two Children with Megan Madden

Nicole and Tony have one son: Zachary. He was born in 1995. Nicole and Tony later divorced in 2001. In an interview with Larry King in 2001, Tony said that rumors that the two were caught up in a custody dispute were false, CNN reported. However, there were a number of legal issues involving alimony and child support payments. In 2007, the New York Post reported that he owed Nicole $75,000 in child support and $55,000 in alimony. Nicole received judgments ordering him to pay her, but at the time he was struggling with finances and hadn’t been able to pay yet.

Tony and Megan Madden were married in 2005 in Vienna, Virginia. They have two children: Simon and Fiona. The Washington Post reported in 2005 that Megan Madden had sold her Capitol Hill home shortly after they were married. and bought a new home for $1.225 million. The home was a four-bedroom, three-and-half bath colonial in Vienna.

3. Some of His Business Dealings Have Been Questioned in the Past, Including His Involvement in a Haiti Gold Mine 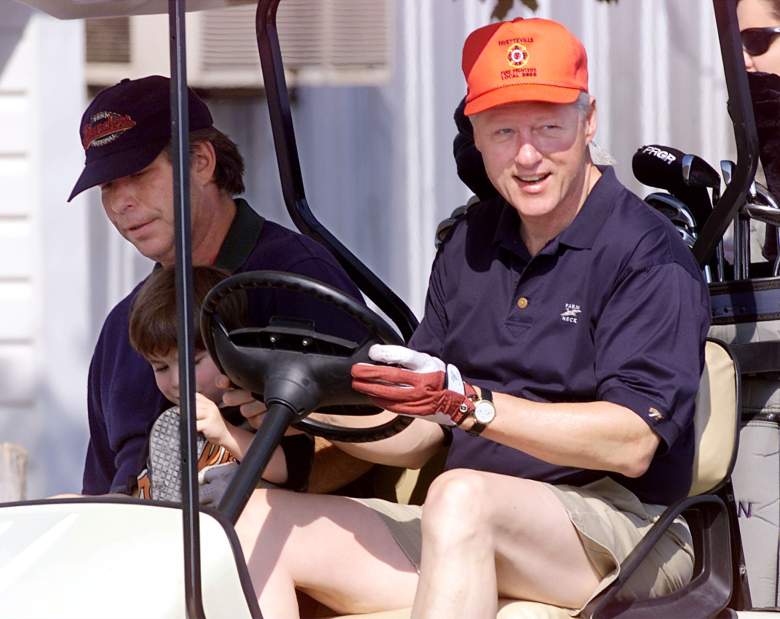 In 2015, the New York Times published a story examining the business dealings of Tony Rodham. The paper reported he tried to profit from his connection to the former first family on numerous occasions.

The Times delved into several business dealings including his Haitian gold mining venture.

“The connections to the Clintons have given Mr. Rodham, a self-described ‘facilitator,’ a unique appeal and a range of opportunities,” The Times’ Steve Eder wrote. “But his business dealings have often invited public scrutiny and uncomfortable questions for the Clintons.”

Following the 2010 Haiti earthquake, Rodham and his partners proposed a $22 million deal to rebuild homes in the devastated nation, with funding from the Clinton Foundation. However, the deal never went through and the Clinton Foundation denied knowledge of the proposed plan. At the time, Bill Clinton served as co-chair of the Interim Haiti Recovery Commission.

In October 2013, Rodham joined the advisory board of VCS Mining, a Delaware-based company that was planning a gold mine in Haiti. His involvement became a source of controversy in Haiti because of concern about potential environmental effects and the notion that the project would solely benefit foreign investors.

Rodham objected to the implication that he received the board position due to his ties to the former first family.

“I’m a very accomplished person in my own right. I raise money for a lot of people. That’s what I basically do,” Rodham told the Washington Post.

In interviews with The Washington Post, both Rodham and the chief executive of Delaware-based VCS Mining said they were introduced at a meeting of the Clinton Global Initiative — an offshoot of the Clinton Foundation that critics have long alleged invites a blurring of its charitable mission with the business interests of Bill and Hillary Clinton and their corporate donors.

When asked if Rodham attends Clinton Global Initiative meetings for possible business ventures, he told the Post, “No, I go to see old friends. But you never know what can happen.” 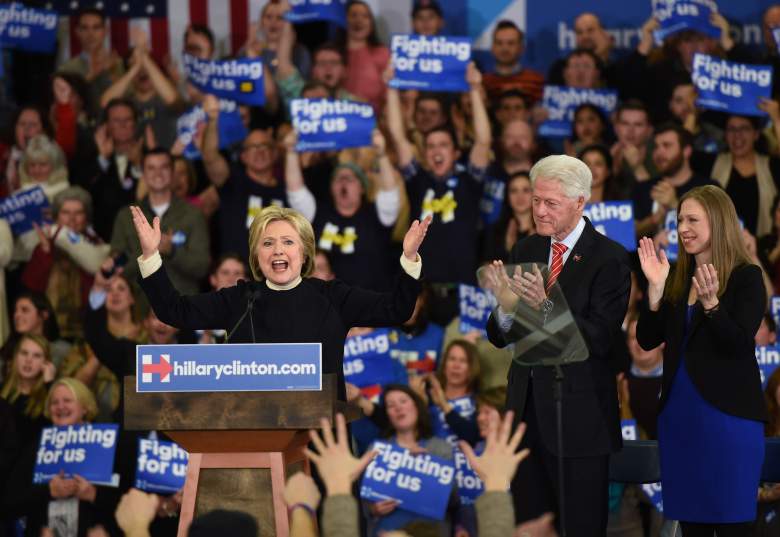 In 1999, Tony and Hugh Rodham (Hillary Clinton’s other brother) organized a company to harvest and sell hazelnuts from the former Soviet Republic of Georgia with political adversaries of the Georgian president, who was a U.S. ally at the time. The Rodham brothers entered into a $118 million joint venture with Aslan Abashidze. They also seemed to develop a personal relationship with him— Tony Rodham agreed to become the godfather to Abashidze’s grandsons.

Abashidze viewed the deal as a de facto endorsement by the United States, who was allied with Abashidze’s rival, Georgian President Eduard Shevardnadze.

According to the New York Times, President Clinton’s national security adviser, Samuel Berger, pressed the brothers to back out of the venture. The paper described the business plan as having “caused trouble for US foreign policy.”

The Rodhams ultimately called off the deal because of the controversy.

Later, Abashidze fled to Russia and was given a 15-year prison sentence. The Georgian Court found him guilty of abuse of power and the embezzlement of state funds. He also faces a murder charge connected to the death of his former deputy Nodar Imnadze in 1991.

4. He’s Held a Variety of Jobs, But Never Public Office

GettyBill Clinton rides his golf cart down the 9th fairway with Tony Rodham, the brother of Hillary , as the Presidents dog Buddy chases behind.

Rodham attended Iowa Wesleyan College and the University of Arkansas. He worked at a metal equipment company in Texas and later, at an insurance company in Chicago, before becoming a prison guard– a job Bill Clinton helped him secure.

He and his older brother Hugh moved to south Florida, where he was a private detective until 1992.

Throughout the 1990s while Bill Clinton served as president, Rodham worked for the Democratic National Committee, coordinating constituency outreach.

By 2000, Rodham had left the DNC to become a “general consultant.” In a 2001 interview with Larry King, Rodham explained that he consulted for all types of businesses: “I just bring different peoples together. I help them negotiate deals. I solve problems for people.”

In 2015, Daily Mail reported that his most recent project was the Global City Regional Center, which sought foreign investors for real estate projects and offered EB-5 visas that would let them live in the United States. His bio on the business’s website is no longer online but you can read an archived version here from 2016. His bio read, in part: “Known for his ability to bring people together, Mr. Rodham has been useful in implementing many different business ideas and international ventures. He has spent many years consulting with businesses from around the world to help ideas materialize into successful enterprises.”

5. The Rodham Brothers Were Paid to Lobby Pardons 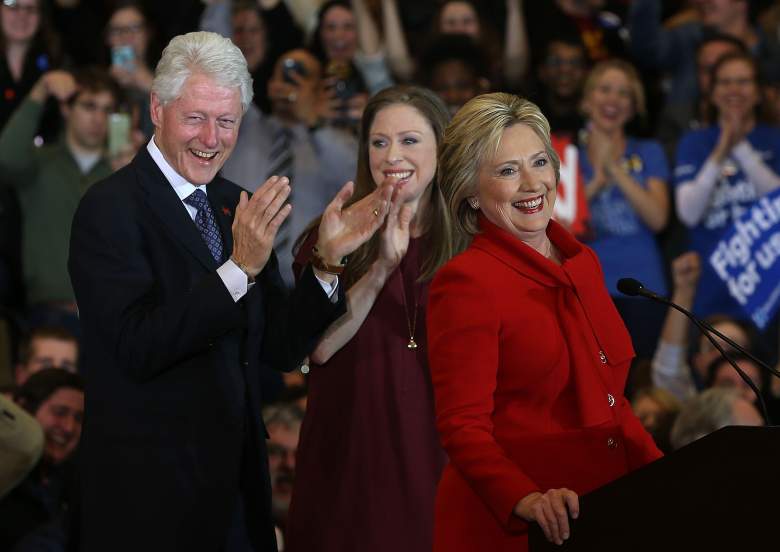 In 2000, Tony Rodham successfully lobbied President Clinton to pardon a Tennessee couple convicted of bank fraud. The pardon was granted over the objections of the U.S. Justice Department. Rodham acknowledged talking to President Clinton about a pardon.

Although Rodham said he took up the couple’s cause pro bono, congressional investigators later found the couple had paid him a $244,769 salary as a consultant, Boston.com reported at the time.

His brother, Hugh Rodham was paid $434,000 to lobby—successfully—for pardons for a cocaine trafficker, and fugitive financier. His actions gained much public criticism, and he returned the money.

A former Clinton White House staffer told the New York Times, ”You never wanted to hear their name come up in any context other than playing golf.”