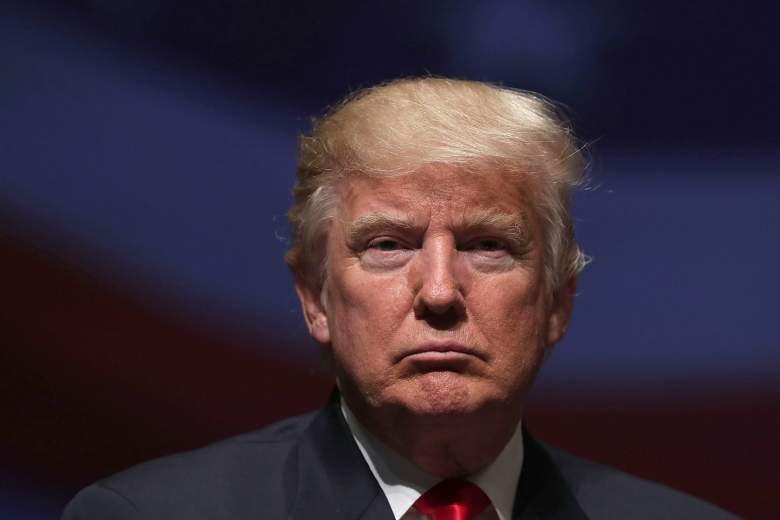 A tape of Donald Trump speaking in lewd and demeaning terms about women upended the presidential election shortly after its release on Friday.

In the recording from 2005, the Republican candidate bragged he could kiss and grope women without their consent because he was a celebrity.

The release of the tape led to the fallout of high-profile Republicans who publicly denounced and withdrew their support of the GOP nominee with some calling on Trump to quit the race. It has also caused rumors to swirl regarding the existence of more damaging videos of Trump.

A former “Apprentice” producer alleged Saturday night that there are “far worse” videos of Trump from his time on the reality TV show.

Bill Pruitt claimed the release of the tape from 2005 was “just the beginning.”

As a producer on seasons 1 & 2 of #theapprentice I assure you: when it comes to the #trumptapes there are far worse. #justthebegininng

Others including The Bachelor producer Mike Fleiss shared a similar message, tweeting there’s “a lot more where that came from.”

Told ya!!! The first of The Trump Tapes has been released. Boom! A lot more where that came from! @realDonaldTrump is a pure scumbag!!!

5/ More is coming out on Trump. The only easy day was yesterday. It will never get better.

Considering Trump filmed 14 seasons as the star of NBC’s “The Apprentice,” there is presumably a lot of unaired footage that exists. Although it remains to be seen what the footage contains, and if it will be released, a recent Associated Press report offered an account of what could be out there.

The AP reported Monday that during Trump’s years hosting “The Apprentice,” he repeatedly demeaned women with sexual comments. The investigation included interviews with more than 20 former crew members, editors, and contestants.

One former crew member told the AP that Trump would make lewd and inappropriate comments about women when there were “10 or 12 cameras rolling and getting that footage, which is why everybody was like, this guy just doesn’t care.”

We were in the boardroom one time, figuring out who to blame for the task, and [Trump] just stopped in the middle and pointed to someone and said, ‘You’d f–k her, wouldn’t you? I’d f–k her. C’mon, wouldn’t you?’ Everyone [was] trying to make him stop talking, and the woman [was] shrinking in her seat.

Producer Chris Nee claimed on Twitter that, according to producers who worked on The Apprentice, footage exists of Trump using the N-word.

Nee explained on Twitter that legal fees were the main reason why the behind-the-scenes footage from the NBC show hadn’t been revealed. Nee noted that there is a $5 million penalty fee for leaking the footage.

A GoFundMe campaign was launched on Sunday with the goal of raising $5 million in hopes of prompting the release of the footage. The campaign, which is called the “Trump Sunlight Campaign,” has raised $18,570.

The GoFundMe page states the funds will be used to cover “legal fees or adverse professional implications” to the person who leaks the tapes.

There is mounting pressure on The Apprentice producer and MGM president Mark Burnett to release footage from the archives.

.@MarkBurnettTV the American People need to know if a potential president is a serial sexual harasser. Release the Apprentice raw footage.

According to BuzzFeed, a source close to Burnett says the producer has threatened staff members who have access to the tapes.

Pro-Trump Mark Burnett is threatening to sue any Apprentice staff who leak damaging Trump tapes. DO IT ANYWAY https://t.co/7unOKbfuzF

Burnett broke his silence on the issue on Monday when he released a statement that says he “does not have the ability nor the right” to release more possible Trump tapes.

“MGM owns Mark Burnett’s production company and The Apprentice is one of its properties,” Burnett and MGM said in a joint statement. “Despite reports to the contrary, Mark Burnett does not have the ability nor the right to release footage or other material from The Apprentice. Various contractual and legal requirements also restrict MGM’s ability to release such material.”

The statement also refuted claims that Burnett has threatened people with litigation if they were to leak such material.

“Access Hollywood” has reportedly searched through archives of past interviews with Trump to find footage similar to the 2005 tape.

The Huffington Post reports that Trump has done more than 100 interviews with “Access Hollywood,” however they haven’t found any similar footage.

“We have combed through every interview we have done with Mr. Trump over the past 20 years and at this time, we have not uncovered any other footage that rises to this level,” a spokesperson told the news site.

Multiple media outlets are in pursuit of the footage, including NBC, which aired The Apprentice.

A network spokeswoman told Politico Saturday it does not have access to the much sought-after footage.

“We don’t own the footage. We’re pursuing it along with every other news organization reporting on this story,” the NBC spokeswoman said. 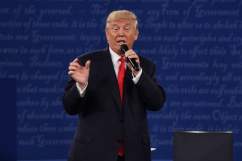