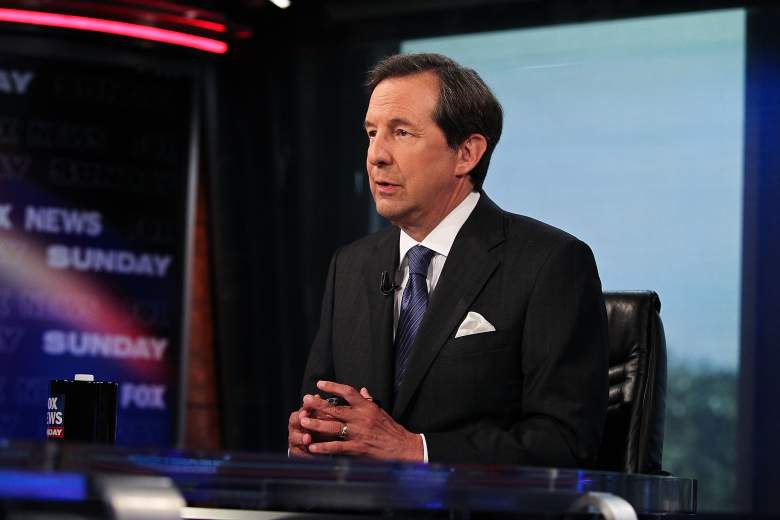 Chris Wallace is the sole moderator of the final presidential debate between Donald Trump and Hillary Clinton. So far, every single debate moderator of the 2016 election cycle has received criticism for their performance, particularly from Donald Trump, who has accused the hosts of being biased against him. So what are Chris Wallace’s political views? Is he a Democrat or a Republican?

As The Washington Post reported in 2006, Chris Wallace is registered as a Democrat. However, he says that this is more for practical purposes rather than it being a reflection of political beliefs. Washington D.C. does not use an open primary system, meaning that you can only vote in a primary if you are a registered member of that party. So Wallace says he registered as a Democrat so that he could participate in the primary process of a region that is overwhelmingly Democratic.

“If you want a say in who’s going to be the next mayor or councilman, you have to vote in the Democratic primary,” Wallace told The Washington Post.

Wallace went on to say that he has voted for both Republicans and Democrats throughout his life. He does not subscribe to the belief that journalists should not vote. Anderson Cooper, moderator of the second presidential debate, said in an interview earlier this year that he does not vote because he doesn’t want to have a personal stake in an election that he is covering. Chris Wallace told The Washington Post that he thinks the idea of reporters not voting is “a little silly.”

“However I vote personally, I think I’m professional enough that it doesn’t have anything to do with the way I cover the news,” Wallace said.

Chris Wallace, of course, works for Fox News, an extremely conservative network. But Wallace generally falls more into the Shepard Smith camp rather than the Bill O’Reilly and Sean Hannity camp. Unlike Sean Hannity, whose 10:00 Fox show is essentially an hour-long Trump ad every night, Wallace has asked some pretty tough questions of the Republican candidate in the past.

Take, for instance, Wallace’s role in a Republican debate back in March. While Donald Trump was talking about reducing the deficit, Wallace jumped in to confront Trump, putting up a graphic on the screen that showed that Trump’s plan would not cut the deficit in the way that he claimed.

This, however, was back when Fox News was much more anti-Trump than it is today, so it’s unclear how hard Wallace will go on Trump during the third presidential debate. Although Wallace played the role of fact-checker during that Republican primary debate, he recently said that he doesn’t plan to fact check on Wednesday and that he doesn’t believe this should be his role as moderator.

“I do not believe it is my job to be a truth squad,” Wallace said. “It’s up to the other person to catch them on that.”

Chris Wallace has been quite tough on Hillary Clinton, particularly in a July 2016 interview about her email controversy. In fact, due to the network’s clear slant towards the Republican party, some of Hillary Clinton’s allies fought hard to get Wallace removed as debate moderator. They pointed to the fact that Roger Ailes, who was the CEO of Fox News until earlier this year, is now working for Donald Trump, and so they argued that this presents a conflict of interest.

This is the first time a Fox News host has ever hosted a main presidential debate. The Commission on Presidential Debates, the non-partisan group that puts on these events, says that they select the moderators based on who is familiar with the candidates and the issues, who has extensive broadcast experience, and who will be willing to focus the debate’s time on the candidates and their views.

The third and final presidential debate airs on Wednesday, October 19th at 9:00 p.m. Eastern Time. It will be broadcast on all major networks including Fox News, CNN, MSNBC, Fox, NBC and CBS.

Loading more stories
wpDiscuz
13
0
Would love your thoughts, please comment.x
()
x
| Reply
Chris Wallace is the sole moderator of the final presidential debate between Donald Trump and Hillary Clinton. What party is he registered to?