Donald Trump held a rally in Cedar Rapids, Iowa today, just hours after Hillary Clinton also held a rally in the same city. Trump's rally was held at McGrath Amphitheatre and began at 7 p.m. The venue was packed with thousands of supporters and the rally ended with a fireworks show. According to Jason Noble of DM Register, Secret Service estimated that more than 5,000 attended. Click through the gallery to read stories and see photos about the rally. (Getty) 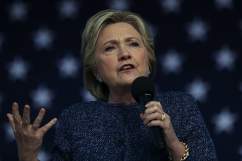 How Many New Clinton Emails Did the FBI Find? 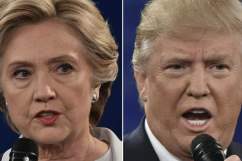