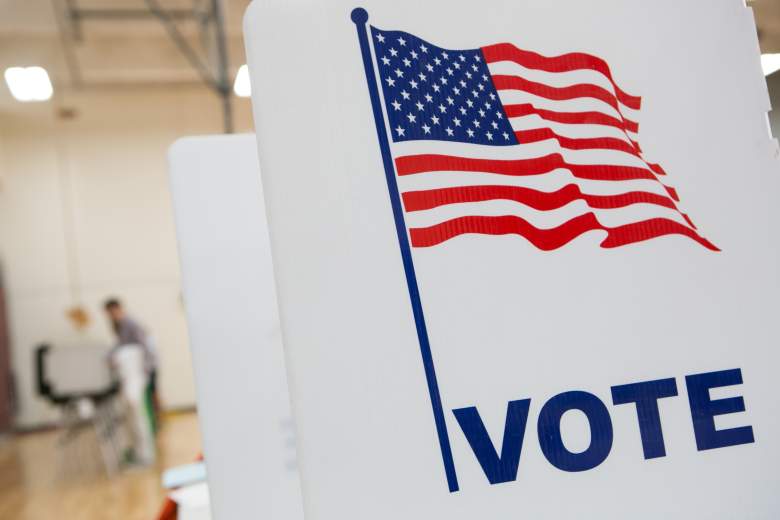 Voters turn out to cast their ballots for the midterm election at Grady High School on November 4, 2014 in Atlanta, Georgia. (Getty)

As thousands of Georgians line up to vote early, there are signs that the presidential race here may be much closer than anticipated.

In Georgia, early voting began on October 17th and it concludes on November 4th. If you live in Georgia and are interested in voting early, head over to the Georgia Secretary of State’s “My Voter” page, entering some of your information to see where to go and what time the polls are open.

Going into the early voting period, many who follow politics were shocked to see Georgia gradually turn from a solidly red state to a battleground. The state has not voted for a Democrat since 1992, yet a recent Atlantic-Journal Constitution poll had Trump and Clinton within the margin of error. Another from Quinnipiac had them tied, 46 percent to 46 percent. As early voting commences, the main question to be asked while looking at the results is, are these polls accurate?

Georgia does not release information about how many Democrats and Republicans have voted early, but it does provide us an overall number so we can see how turnout is this year compared to years prior. As of October 26th, about 937,000 votes have been cast in the state of Georgia, according to Georgia Secretary of State Brian Kemp. However, there are an additional 102,000 absentee ballots that have not yet been mailed back in, which would bring the total to 1,039,000. Assuming all those votes are returned, roughly 21 percent of the state’s registered voters will have voted early as of the 26th, and there’s still over a week left to go.

Early voting is up from 2012, and according to CNN, there has been about a 40 percent increase in the number of votes cast early compared to this point in 2012. In the end, 1.9 million votes were cast early in Georgia four years ago, and that was a turnout of about 35 percent.

Among those early voters in 2012, 52.4 percent of them voted for Mitt Romney, while 46.8 percent voted for Barack Obama, according to data from the Georgia Secretary of State’s website. This is very similar to what the final election results ended up being; Mitt Romney won 53.3 percent of Georgia’s vote, while Barack Obama won 45.5 percent.

Because Georgia doesn’t give out information about the turnout of each party, we don’t know too many specifics about where the race is headed. But some polls of Georgia’s early voters have been released, and while these should be taken with a grain of salt and while they are not the same thing as data from the state itself, they’re still worth a look. Shockingly, a new Quinnipiac poll found that Hillary Clinton leads Donald Trump among Georgia early voters 48 percent to 42 percent.

Also, The Atlantic-Journal Constitution reports that the county with the most votes cast so far is Fulton County, which is rather Democratic; in 2012, 64 percent of that county voted for Barack Obama. And the county with the second most votes cast so far is DeKalb, yet another Democratic county where, in 2012, 77 percent of voters selected Barack Obama over Mitt Romney. This supports the theory that Democrats in Georgia are more energized and are turning out to vote more than Republicans.

Potentially bad news for Clinton, though, is the fact that black voters appear to be turning out less than they did in 2012. According to ABC News, ballot requests and returns from black voters in Georgia has declined since 2012. However, better news is the fact that a significant amount of absentee ballot requests in Georgia have come from women, roughly 59 percent in the week following the first presidential debate, Politico reports. The latest Quinnipiac poll found that Hillary Clinton leads Donald Trump among female Georgia voters by eight points, 47 percent to 39 percent.

In addition to Georgia, Arizona and Utah are two other traditionally-red states that have been put in play this year, with the latter state moving towards third party candidate Evan McMullin in many recent polls. 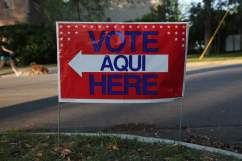