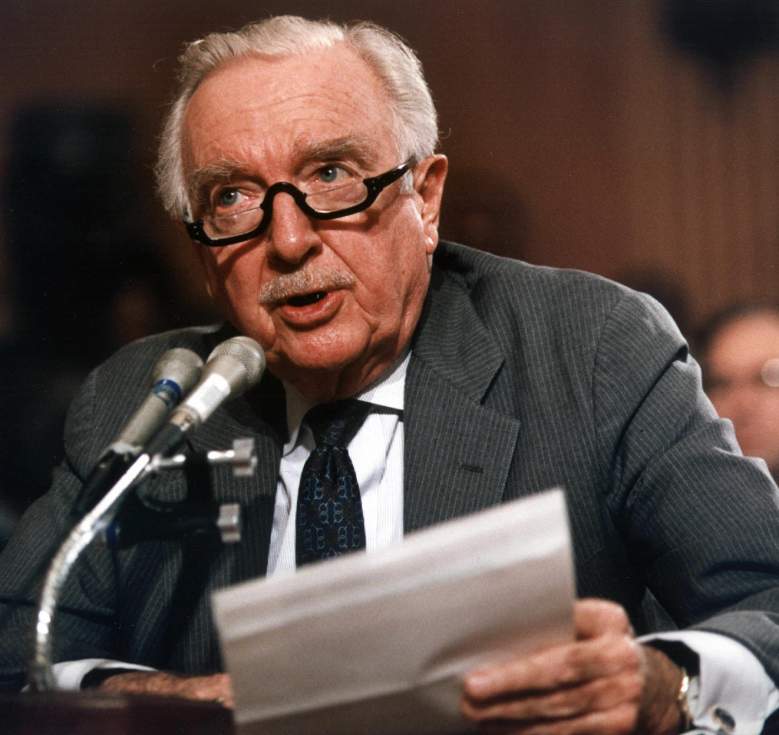 Walter Cronkite, once dubbed “the most trusted man in America,” is the subject of today’s Google Doodle, as November 4, 2016 would be his 100th birthday. Although Cronkite died in 2009 at age 92, his coverage and impact on media and American history itself has not been forgotten.

Cronkite was born on November 4, 1916 in Saint Joseph, Missouri and grew up in Kansas City until he was 10 years old and his family moved to Houston. Cronkite entered the newsbusiness after dropping out of college in his junior year and quickly rose the ranks during his coverage of World War II.

Cronkite was married to Mary Elizabeth Maxwell from 1940 until her death in 2005. The two had three children, Nancy, Kathy and Walter Cronkite III.

Here’s a look at the life and career of Walter Cronkite.

1. Cronkite Attended the University of Texas in Austin, but Dropped Out Before Graduating

Cronkite first enrolled in a college in Missouri, but ultimately decided to attend college at the University of Texas in Austin. However, he dropped out of school in his junior year before the fall 1935 semester.

In a Q&A at UT, Cronkite explained why he dropped out:

During the summer break, I worked at the Houston Press. I was moving along quite rapidly and was really doing very well there. When fall came I just didn’t go back to school. I’d had a kind of a tough time at the university. Studying was a problem and I wasn’t carrying my weight at school. I was very embarrassed by it. So I stayed and continued to work for the Houston Press until the summer of ’36, when I took a job at a new radio station, KCMO, in Kansas City.

Even though he was a terrible student, Cronkite said that his time at UT was important and exposed him to a number of brilliant teachers and fellow students. He admitted that he wished he graduated.

The University of Texas was a very good school then, but it’s a great one now. I’m really proud of my association with UT and apparently it’s proud of me. They’ve made me a Distinguished Alum, despite the fact that I didn’t even graduate. 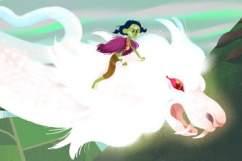 2. Cronkite Was a Member of the ‘Writing 69th,’ Who Flew in Air Force Bombing Raids Over Germany

Cronkite didn’t just cover World War II. He actually participated. He was one of eight journalists picked by the U.S. Eighth Air Force to fly in bombing missions over Germany during the war. The group, which also included future Andy Rooney, was dubbed the Writing 69th.

The group only went on one mission, during which Robert Post of the New York Times was killed.

In a 1970 Look Magazine interview, Cronkite said that he was “scared to death all the time” during the war. At the beginning of the war, he was working for the United Press, but Edward R. Murrow at CBS asked him to join his team, which became known as the “Murrow Boys.”

Personally, I feel I was an overweening coward in the war. I was scared to death all the time. I did everything possible to avoid getting into combat. Except the ultimate thing of not doing it. I did it. But the truth is that I did everything only once. It didn’t take any great courage to do it once. If you go back and do it a second time; knowing how bad it is, that’s courage.

3. ‘And That’s The Way It Is’ Wasn’t Cronkite’s First Choice for a Sign-Off

In 1962, Cronkite landed the job that would establish him as “the most trusted man in America.” Eventually, his broadcast surpassed the ratings of NBC’s Huntley-Brinkley Report by sticking to the stories without opinions as the nightly news broadcasts grew from 15 minutes to 30. Each night, he gave his famous sign-off, “And that’s the way it is.” During the Iranian hostage crisis, Crokite changed his sign-off to include the number of days that the Americans had been held in captivity.

When Cronkite died in 2009, producer Sandford Socolow told CNN that “And that’ the way it is” wasn’t Cronkite’s first choice for a sign-off.

The first night up, he ended the show by saying, I’m paraphrasing, ‘That’s the news. Be sure to check your local newspapers tomorrow to get all the details on the headlines we are delivering to you.’ The suits — as we used to call them — went crazy… From their perspective, Cronkite was sending people to read newspapers instead of watching the news. There was a storm.
In the absence of anything else, he came up with ‘That’s the way it is.’

Between the end of World War II and the beginning of his historic tenure on CBS Evening News, Cronkite was at CBS and anchored Up To The Minute, a Sunday night broadcast, though 1962.

He was also the host on other CBS News programs, including the unique You Are There show, which put audiences in the middle of historical events. The show ran from 1953 to 1957 and was revived briefly in 1971. Another program he hosted was The Twentieth Century, which ran from 1957 to 1970 and was made using newsreel footage to show audiences important historical and cultural events during the century.

Cronkite’s final CBS Evening News broadcast was on March 6, 1981 and he was replaced by Dan Rather. Here is his complete sign-off statement: 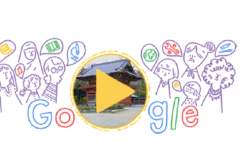 4. Cronkite Initially Didn’t Want to Deliver His Famous Commentary on the Vietnam War

Cronkite never wanted his opinion to be a part of a newscast. After he returned from covering the Vietnam War in 1968, Socolow told CNN that Cronkite didn’t want to deliver his famous commentary on the war. “After much haggling,” Cronkite agreed to offer his opinion during a 10 p.m. special.

To say that we are closer to victory today is to believe, in the face of the evidence, the optimists who have been wrong in the past. To suggest we are on the edge of defeat is to yield to unreasonable pessimism. To say that we are mired in stalemate seems the only realistic, yet unsatisfactory conclusion. … It is increasingly clear to this reporter that the only rational way out then will be to negotiate, not as victors, but as an honorable people who lived up to their pledge to defend democracy, and did the best they could.

After seeing this, President Lyndon B. Johnson supposedly remarked, “If I’ve lost Cronkite, I’ve lost Middle America.” However, it’s not known if Johnson really said this, especially because Johnson was at an event in Texas the night the special aired. It’s been considered a myth, although Johnson decided against running for a second full term just weeks after it aired.

Johnson did talk to Cronkite 10 days before he died in 1973, notes PBS. The interview turned out to be Johnson’s last, which Cronkite didn’t know at the time. Cronkite learned of Johnson’s death during the January 22, 1973 broadcast, seen below. 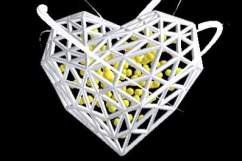 5. Cronkite Was Fascinated by Space & Famously Showed His Emotions During the Apollo 11 Broadcast

One of Cronkite’s most famous moments as a journalist was his commentary that took Americans through each step of the Apollo 11 landing on the moon on July 20, 1969. The landing left him speechless on air and his coverage of the landing was watched by more Americans than any other network.

“Poignant from my perspective, I wish he had lived to see the 40th anniversary,” space historian Roger Launius of the Smithsonian’s National Air and Space Museum in Washington, D.C., told USA Today in 2009. “Walter Cronkite certainly identified himself not just as an observer, but as something of an advocate for the moon landings.”

When Cronkite died, Neil Armstrong said in a statement, “He had a passion for human space exploration, an enthusiasm that was contagious, and the trust of his audience. He will be missed.”

Three years before his death, NASA honored Cronkite with the Ambassador of Exploration Award.

Another of Cronkite’s iconic moments came on November 22, 1963, when he reported on the assassination of President John F. Kennedy. CBS News broke in to an episode of As The World Turns. Cronkite first told viewers, without footage from Dallas.

A half-hour later, after showing unconfirmed reports that Kennedy has died, including one from CBS News’ Dan Rather, Cronkite came on to tell the audience that the president was dead. Cronkite told viewers:

From Dallas, Texas, the flash, apparently official, President Kennedy died at 1 p.m. Central Standard Time, 2 o’clock Eastern Standard Time, some 38 minutes ago. (Voice choking slightly) Vice President Lyndon Johnson has left the hospital in Dallas, but we do not know to where he has proceeded. Presumably, he will be taking the oath of office shortly and become the 36th president of the United States.

Cronkite also played a role in introducing the Beatles to Americans. In London, CBS News did a story on the “Beatlemania” sweeping through the U.K. The story debuted during CBS Morning News on November 22, 1963. The story aired on December 10, 1963 during CBS Evening News.

When President Barack Obama spoke at Cronkite‘s memorial service in September 2009, the president cited Cronkite’s reaction to learning that he was called the most trusted man in America as his way of being humble.

“When he was told of this extraordinary honor that he was the most trusted man in America, he naturally downplayed it by saying the people had not polled his wife,” Obama said. “When people of both political parties actually tried to recruit him to run for office, without even asking for his stances on the issues, he said no — to the relief of all potential opponents. And when, even a decade and a half after his retirement, he still ranked first in seven of eight categories for television journalists, he was disbelieving that he hadn’t won the eighth category, ‘attractiveness.'” 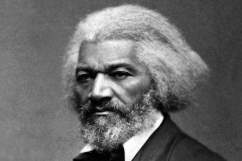