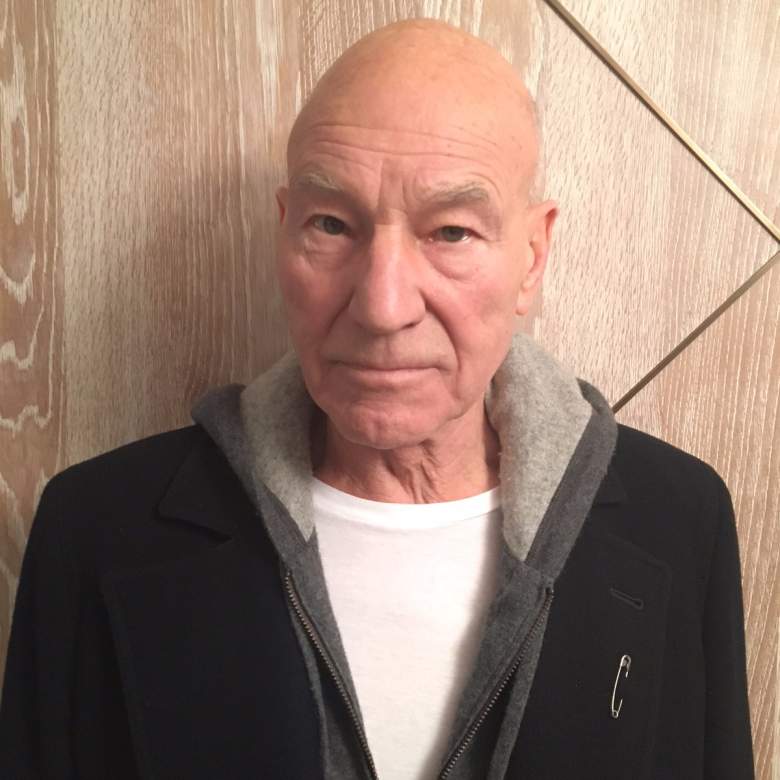 On November 11, actor Patrick Stewart posted a photo of himself wearing a safety pin on Twitter, with the simple hashtag #safetypin. Stewart isn’t the only one, as wearing a safety pin to show solidarity with victims of xenophobic attacks has spread on Facebook and Twitter in the days since Donald Trump was elected the next President. The trend isn’t new, and was started in the U.K. after the Brexit vote this past summer.

The idea to use a simple safety pin is credited to Twitter user @Cheeahs, who identified herself as Allison in a June interview with the BBC. After the Brexit referendum passed, with more U.K. voters deciding to leave the European Union than stay, she noticed the rise in attacks on minorities. Far Right Watch told Al Jazeera that it recorded 90 incidents in the three days after the referendum passed. Allison wanted to come up with a way for friendly people to show their support for victims of racism.

“I’d like to come up with something that can be made by anybody anywhere to pin on their jacket or coat to signify that they are an ally,” Allison, who recently revealed on Twitter that she is originally from Maine, wrote. “A safe person to sit next to on a bus, walk next to on a street, even have a conversation with. I quite like the idea of just putting a safety pin, empty of anything else, on your coat. A literal SAFETY pin!”

I quite like the idea of just putting a safety pin, empty of anything else, on your coat. A literal SAFETY pin!

“This is meant to be more than just a symbolic gesture or a way for like-minded people to pat each other on the back,” Allison told the BBC. “If people wear the pin and support the campaign they are saying they are prepared to be part of the solution. It could be by confronting racist behaviour, or if that is not possible at least documenting it. More generally it is about reaching out to people and letting them know they are safe and welcome.”

In an interview with the Guardian, Allison explained that the safety pin idea came to her while she and her husband were watching the UEFA Euro matches.

“I was watching the Euros with my husband and I thought, how can we show people in public we are going to stand with them? We didn’t want to force people to go out and buy something so I said, what about a safety pin? Most people have one somewhere in the house,” Allison said. “My husband said it’s like a pin of safety – he likes puns.”

**PLEASE PARTICIPATE IN THIS TOMORROW!!** I know I haven't been active in the last couple of days; I'm so very sorry. The election has taken me completely be surprise and I'll admit I'm having a very rough time with it. Please keep America in your thoughts. Let's always remember to spread love. ❤️ – – *This photo was taken off Facebook from Pantsuit Nation* – – – – – – – – – – #booknerd #bibliophile #bookworm #bookaholic #bookstagram #safetypin #hillaryclinton #imwithher #strongertogether #hillyes #bookstagrammer #yalit #shelfie #booksonbooks #booklover

In the days since Trump’s election, there have been reported incidents of racism. New York Daily News writer Shaun King has been retweeting and posting examples. Buzzfeed also began updating a list of incidents as well.

With that in mind, those who are trying to show their support for the victims of these incidents have been wearing safety pins, following in the footsteps of the trend Allison started in the U.K. Allison has dealt with some criticism on Twitter for #SafetyPin, with Trump supporters noting that they are usually used to keep diapers on a baby.

THE CURSE OF THE DIAPER JOKE STRIKES AGAIN https://t.co/Ja2u0qwxv0

There are also examples of Twitter users changing their profile pictures to safety pins. Gary Whitta, a writer who worked on Rogue One: A Star Wars Story, even changed his Twitter profile to a picture of a safety pin inside a Rebel Alliance logo from Star Wars.

Here’s how other Twitter users showed solidarity with #SafetyPin:

Reading about racist/sexist/homophobic attacks since election makes me sick. I stand with anyone who feels marginalized, always #safetypin pic.twitter.com/opWhEJABl3

Wearing a #SafetyPin to show solidarity with any group or individual who @realDonaldTrump threatens. Respect to @cheeahs for inspiration. pic.twitter.com/F6D7WJ24qH

The #safetypin is NOT a political statement! It's a humanitarian statement that shows you stand against bigotry and hate. #safetypinusa

To be clear: #safetypin is NOT anti-Trump. It IS pro-acceptance & pro-unity. If you think it's anything different YOU are why we wear it.

Others think that a safety pin alone isn’t going to work. Writer Christopher Keelty called the trend “embarrassing” in a Huffington Post column. And instead of buying safety pins to wear, you could donate that money directly to charity.

We don't need you to wear a #safetypin. We need you to do the work and educate yourself and your loved ones on white supremacy.

You are not a "safe" person just because you wear a #safetypin. This is nothing but a project to alleviate white guilt. Get up and do work.

Meanwhile, Etsy store owner Rebecca Cullen was criticized for selling a $335 safety pin necklace. She claims she designed it in 2009, but changed the listing after it was noticed on Twitter.

“This is a piece of jewelry and a piece of art. If you like it, buy it. If you don’t, you don’t need to buy it. I love what the safety pin has come to symbolize,” Cullen wrote. “I too, stand with Hillary. I think we should all go forward with positivity and hope. If I have offended anyone with my jewelry I apologize.”