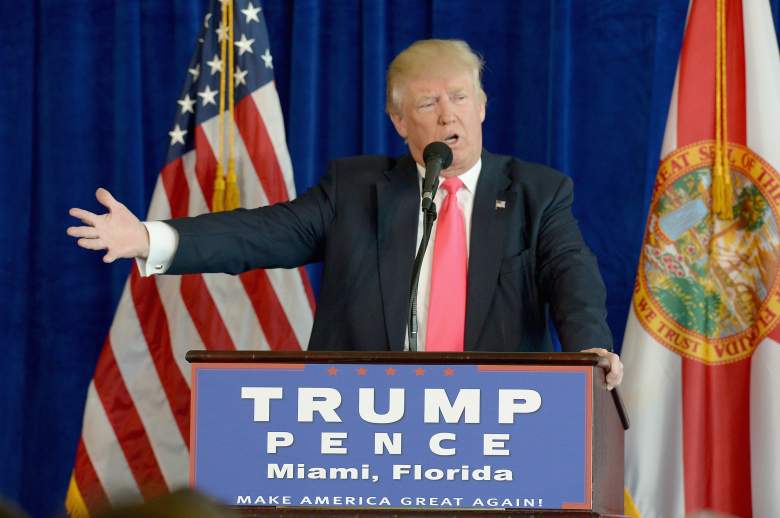 Donald Trump speaks at a press conference in July 2016. (Getty)

President-Elect Donald Trump has issued a statement after at least nine people were killed and 50 injured in a truck attack in Berlin, Germany.

This incident occurred on Monday at a crowded Christmas market in Germany’s capital. The assault is reminiscent of another truck attack that took place in Nice, France in July; ISIS claimed responsibility for that Nice attack, but it’s not yet clear whether Monday’s attack was inspired by ISIS.

In his statement, President-Elect Trump cites ISIS and says that Islamic terrorist organizations of its kind must be eradicated. While running for president, Trump repeatedly promised to use the words “radical Islamic terror,” distinguishing himself from President Barack Obama, who generally avoids this kind of language as to not give the impression that groups like ISIS are a representation of Islam.

Here is the president-elect’s statement:

Our hearts and prayers are with the loved ones of the victims of today’s horrifying terror attack in Berlin. Innocent civilians were murdered in the streets as they prepared to celebrate the Christmas holiday. ISIS and other Islamic terrorists continuously slaughter Christians in their communities and places of worship as part of their global jihad. These terrorists and their regional and worldwide networks must be eradicated from the face of the earth, a mission we will carry out with all freedom-loving partners.

Around the same time that this statement was released, Trump tweeted about the situation in Berlin in addition to the assassination of Russia’s ambassador to Turkey. Trump also mentions a shooting that occurred at a mosque in Switzerland that left three people wounded.

Today there were terror attacks in Turkey, Switzerland and Germany – and it is only getting worse. The civilized world must change thinking!

Not long after, Vice-President Elect Mike Pence responded to Trump’s tweet with a statement of his own

Our prayers go out to the victims of today's terror attacks and their families. Those who employ violence to inspire fear will not prevail. https://t.co/0tC8bE4ZOz

Loading more stories
wpDiscuz
6
0
Would love your thoughts, please comment.x
()
x
| Reply
President-Elect Donald Trump has issued a statement after at least nine people were killed in a truck attack in Berlin, Germany.