Chirps Chips, snacks made from cricket flour, entered the Shark Tank in Season 8.

We interviewed one of their founders, Laura D’Asaro, who started the company with two of her roommates at Harvard, Rose Wang and Merly Natow. She got the idea for the unique snacks while studying abroad in Tanzania and tasting fried insects for the first time. They are now available for purchase in many local natural food stores, rock climbing gyms, museums, parks, and even airport terminals. The female trio, who have already expanded their product line to include cookie mixes, hope to one day partner with Costco.

As for the nutritional benefits of crickets, she noted that the insects are high in protein, low in fat, and have more iron than spinach and twice the B12 of salmon. Her favorite part of the business is transforming people’s preconceived notion about eating bugs. “Watching their expressions change from horror at the idea of eating insects to excitement about the idea is incredible. There is this feeling of real change, that if we can get people to eat bugs, anything is possible,” she explained.

All work and no play at Chirps HQ

In college, I was studying abroad in Tanzania and met a street vendor selling fried caterpillars. I hesitated because I have been an off-and-on vegetarian my whole life. I kept asking myself, “How do insects fit into this idea of vegetarianism?” But I was curious…when in Tanzania, right? So I bought one and put it in my mouth before I could think too much about how it looked. My first thought was “Wow! This tastes like lobster!” Which actually makes sense because insects and crustaceans are closely related. So I started researching insects, and I found out that insects are one of the most sustainable protein sources available. They also have more protein, less fat than beef and are more sustainable than soy protein! So I set off to get Americans excited about bugs with my college roommates, and a few escaped crickets in our dorm room later, Chirps was born.

Getting People to Eat Crickets

Co-founder Laura having a blast at the @forbes #30under30 summit in Boston.

Fundamentally, the most important thing to remember is that food is cultural and food tastes can change. Lobster used to be fed to prisoners and considered disgusting, and it is now a delicacy. Similarly, people eat insects all over the world. In fact, more people eat insects than speak English. I think a lot of it is the form as well. If we told people to eat raw fish or eel, they would be repulsed, but they are happy to eat sushi. In the end, it isn’t about telling people facts. We probably would just give them and some friends a bag of Chirps. Usually one person will try and when they realize Chirps just taste like a multi-grain chip, everyone gets curious.

Using Her Harvard Education in Business

Thank you for helping to spread the Holiday cheer, @svadsi ! Have you ordered your cookie mixes yet??

Harvard is an amazing school with lots of resources and opportunities. We started in the Harvard Innovation Lab and looked up to a lot of the companies there! We knew the founders of Unshrinkit and Lovepop; both companies started out of Harvard and appeared on previous seasons of Shark Tank. However, when it comes to the education piece, I think being a good entrepreneur is the opposite of being a good student. As a student, planning and thinking are key. What’s the thesis? Where is your paper going? As an entrepreneur, especially in the early days, you just have to act. You can spend all your time planning, but reality is very different from theory, so you just have to try everything and figure out what works.

Being One of the Most Funded Food Kickstarters Ever

Nothing's better than a big ol' pile of Chirps!

Never Imagining They’d Be on the ‘Tank’

Watch us on @SharkTankABC!!! Did Mr. Wonderful call us a cockroach? Did Laura actually burst through a Shark poster in a cricket costume? Did we get a deal?! All will be revealed next Friday (1/27) at 9pm ET/PT.

We auditioned at an open casting call. You never think you will actually get picked for these things, but a friend convinced us to audition. The lesson learned is to chase opportunities, because you just never know what will happen. We never imagined that we would end up on Shark Tank, but here we are! The whole experience was surreal. We walked down this long hallway and then suddenly, we were standing in front of these titans of industry – people we have admired for years! We were really nervous before, but once you are in the Tank and the sharks are questioning you -sometimes five questions at once- there wasn’t really time to be nervous. It all just goes so fast. 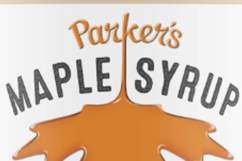 Loading more stories
wpDiscuz
4
0
Would love your thoughts, please comment.x
()
x
| Reply
Chirps, chips made from cricket flour, entered the Shark Tank in Season 8. We interviewed one of the three Harvard graduates who started the company.