Dina Powell is the next member of President Donald Trump’s administration to exit the White House.

Reuters reported December 8 that Powell will resign from her position as deputy national security advisor early next year. She cited spending more time with her family as the main reason.

“Dina has done a great job for the administration and has been a valued member of the Israeli-Palestinian peace team,” Jared Kushner said in a statement to Reuters. “She will continue to play a key role in our peace efforts and we will share more details on that in the future.”

The 46-year-old Goldman Sachs executive assumed the role within the administration in January, and she worked closely with national security advisor H.R. McMaster.

So who is Dina Powell, the woman who may soon become an extremely influential adviser in the White House? Here’s what you need to know about her.

Dina Powell served as the president of the Goldman Sachs Foundation and Goldman Sachs’ Impact Investing team and primarily worked on the company’s philanthropic efforts.

In particular, Powell has headed the bank’s “10,000 Women” initiative. Launched in 2008, this initiative is aimed at supporting women entrepreneurs around the world with education and mentoring. This initiative’s work has been praised by Hillary Clinton, who delivered a keynote address when 10,000 Women hosted its annual dinner at the Clinton Global Initiative in 2014. Powell frequently speaks about the economic empowerment of women at events such as the 2015 Fortune Most Powerful Women’s dinner in New York City.

Powell has spent a decade with Goldman Sachs, joining them in 2007 as a managing director and becoming a partner in 2010.

2. She Worked in the George W. Bush Administration 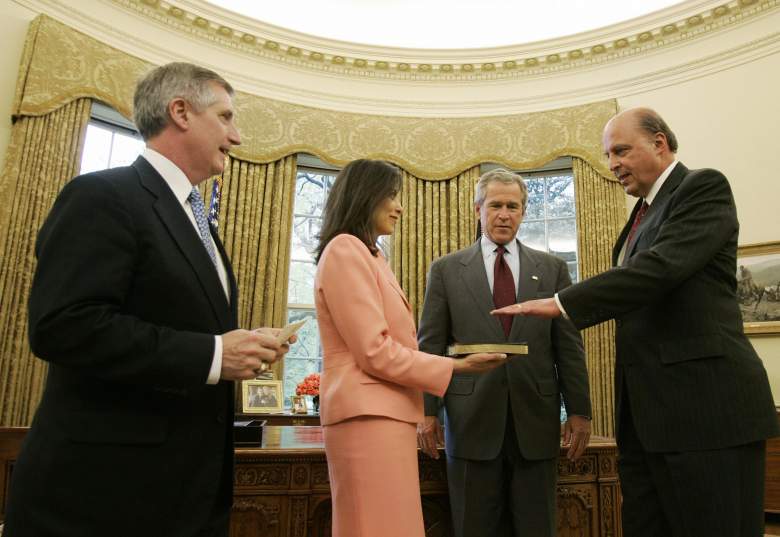 John Negroponte places his hand on a Bible held by Dina Powell in the Oval Office in April 2005. (Getty)

Although Powell has spent the past decade working at Goldman Sachs, she is no stranger to politics.

Powell became chief of the personnel office in the Bush White House when she was just 29 years old. This made her the youngest ever assistant to the president for presidential personnel, according to CNN. In this role, she assisted the Bush administration in selecting key appointments. The Washington Post described her in 2005 as “the president’s headhunter.”

In 2005, Powell became the assistant secretary of state for Educational and Cultural Affairs and deputy undersecretary of Public Affairs and Public Diplomacy. She frequently traveled to the Middle East for the Bush administration.

“She is such an effective spokesperson for us, because she speaks Arabic and is an Arab woman and can stand up as a role model and as somebody who can defuse some of the misperceptions,” Liz Cheney, daughter of Dick Cheney, told The Washington Post in 2005. “She can lay out what our policy is and defend that at length.”

Prior to coming to Washington, D.C., Powell was an intern for Texas Senator Kay Bailey Hutchison and a legislative assistant for a state senator. She has also worked in the office of Dick Armey, who at the time was the House majority leader.

3. She Was Born in Egypt 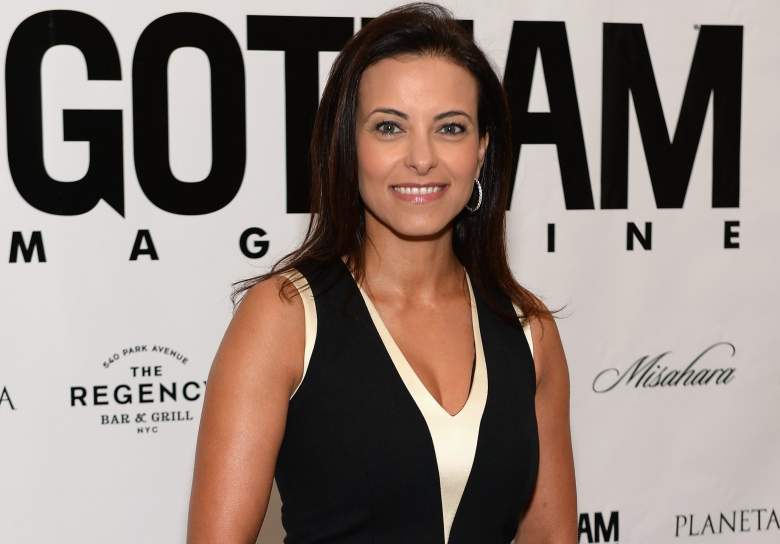 As Liz Cheney mentioned in 2005, Dana Powell is fluent in Arabic. She was originally born in Cairo, Egypt and spent the first four years of her life there. Her parents then came to the United States and settled into Dallas, Texas.

According to The Washington Post, Powell did not speak any English when she came to the U.S.

“They were so young, and they left everything behind,” Powell told the Washington Post. “They threw me into school, and I remember being so sad that nobody understood me.”

Once in Dallas, Powell’s father made a living as a bus driver and then convenience store owner.

4. She Is Well Liked Among Democrats & Republicans 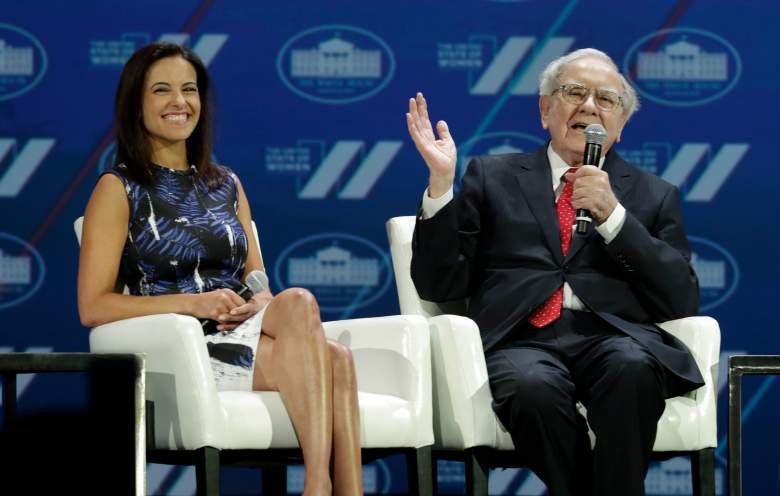 Dina Powell and Warren Buffett speak at the White House Summit on the ‘United State of Women’ in Washington on June 14, 2016. (Getty)

Having worked in Washington, D.C. in the past, Dina Powell is well connected and is said to be close with many Democrats, including some who have worked in the Obama administration.

According to Politico, two Obama officials who Powell has a strong relationship with are Valerie Jarrett, White House senior adviser, and Gene Sperling, a former economic adviser. In addition, Republicans who have worked with Powell before have offered nothing but praise for her, including former secretary of state Condoleezza Rice.

“Dina is one of the most capable people I know. She is creative and committed,” Rice told Politico. “She did crucial work for me at the State Department where we were trying to be more effective in outreach to the Muslim world and to empower women. Because of her own background as a woman of Egyptian descent she was a cultural ambassador — absolutely an essential member of my team.”

Arianna Huffington, founder of the left-leaning news website The Huffington Post, said in January that the White House would be lucky to have Powell.

I've known and worked w/ Dina Powell for many years. The White House is lucky to have her leading on entrepreneurship & women's empowerment.

Powell has been informally advising Ivanka Trump for some time now, and Politico reports that she became acquainted with Ivanka Trump and her husband, Jared Kushner, last year.

5. She Would Be the Fourth Goldman Sachs Alum to Join the Trump Administration 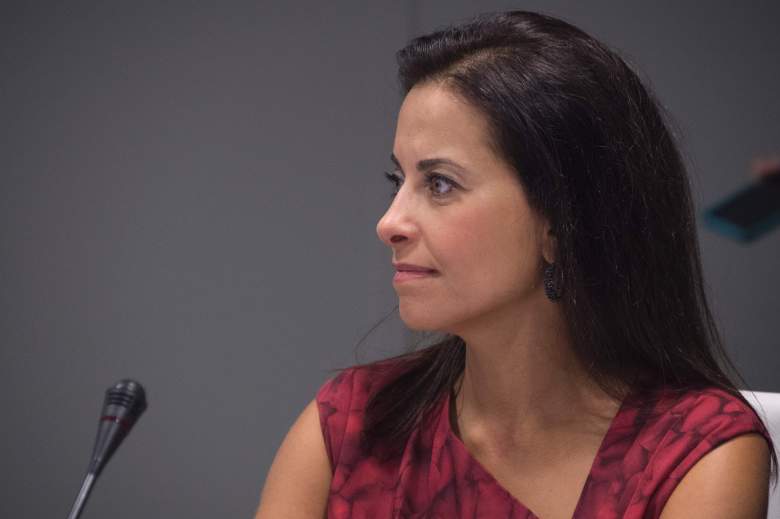 Dina Powell attends the CEO Roundtable on the sidelines of the 71st session of the United Nations General Assembly in New York on September 20, 2016. (Getty)

If Dina Powell does indeed join the Trump White House, she will be the fourth Goldman Sachs executive to take on a role in new administration.

Donald Trump during his presidential campaign accused his opponents, including Hillary Clinton and Ted Cruz, of being controlled by Wall Street and specifically Goldman Sachs.

Is Cruz honest? He is in bed w/ Wall St. & is funded by Goldman Sachs/Citi, low interest loans. No legal disclosure & never sold off assets.

Was there another loan that Ted Cruz FORGOT to file. Goldman Sachs owns him, he will do anything they demand. Not much of a reformer!

#CrookedHillary is nothing more than a Wall Street PUPPET! #BigLeagueTruth #Debate pic.twitter.com/skhBWG6AQ3

Crooked Hillary Clinton is bought and paid for by Wall Street, lobbyists and special interests. She will sell our country down the tubes!