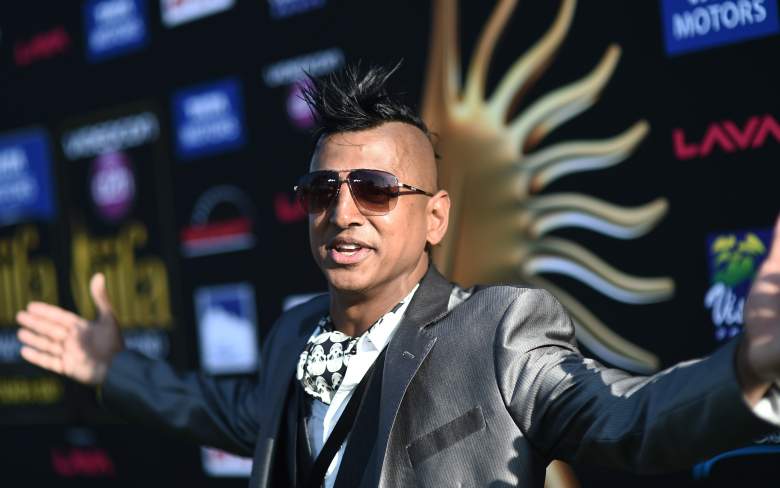 RaviDrums will be one of the performers at Donald Trump’s “Make America Great Again! Welcome Celebration” on Thursday.

Ravi Jakhotia is a party DJ and drummer from Tampa, Florida. He’s a relatively unknown artist, but he will now be playing for the president of the United States in a concert broadcast to millions of people. Jakhotia lives in California, is married, and has a son who will be watching his father perform today.

Here’s what you need to know about DJ RaviDrums.

1. His Father Immigrated to the United States From India 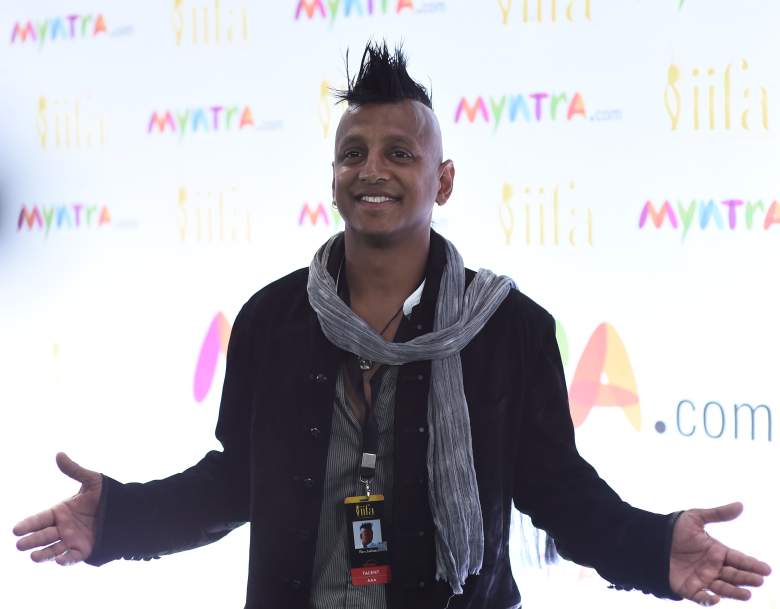 Ravi Jakhotia was born in New York City in 1968. Years earlier, his father came from India to the United States.

“My father came to America with $8, a one way ticket, for the pursuit of the American dream,” Jakhotia said in an interview with Michaela Pereira this week. “He taught us to work hard and appreciate what it is to be American.”

Jakhotia went on to say that when he was debating whether to perform at the inauguration, he asked his father for advice, and his dad said that being invited was an “incredible, incredible honor” and that it would be a fulfillment of his American dream.

Jakhotia’s father will attending the concert and will be watching his son perform.

2. He Has Played at the Academy Awards & the Superbowl Pre-game Show 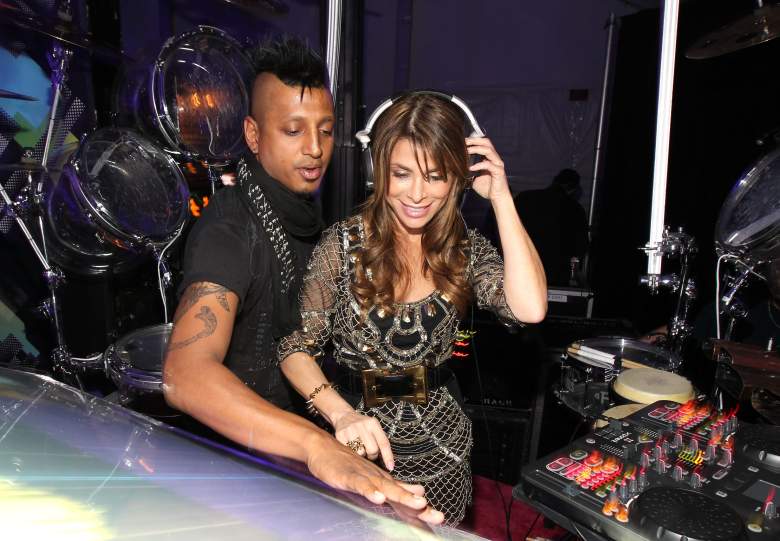 DJ Ravi Drums and Paula Abdul at the launch party for the new T-Mobile Sidekick 4G at a Private Lot on April 20, 2011. (Getty)

Jakhotia has worked both as a DJ and also as a drummer, and he has performed with two bands. The first was Crimson Glory, a progressive metal band that was active from 1979 through 1992. Jakhotia was brought in to replace the band’s original drummer, Dana Burnell, in 1991; he left the band the following year. In addition, Jakhotia was the drummer for the progressive rock band The Last Goodnight, which was active from 2006 through 2008. They released one album, Poison Kiss, in 2007.

One of the biggest stages Jakhotia has had, though, was at the pre-game show of Super Bowl XLII in 2008, where he played with Paula Abdul and Randy Jackson.

He also performed at the Academy Awards the following year; he helped perform two original songs from the movie Slumdog Millionaire, which was filmed in India.

“This is an incredible pop culture moment to be an Indian American,” Jakhotia told Business Wire at the time. “To be performing on the Oscars when a top contender has an Indian storyline makes me very proud.”

3. He Was the Musical Director of a Howie Mandel Show 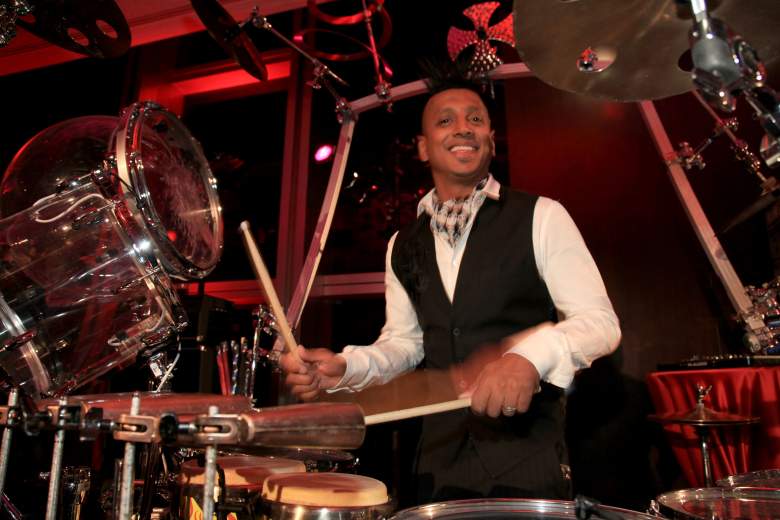 DJ Ravi Drums performs at the 4th Annual Rock The Kasbah Gala in Supoprt of Virgin Unite in the Grand Hall at the Dorothy Chandler Pavililon on November 11, 2010 in Los Angeles, California. (Getty)

In 2009, Jakhotia worked as the musical director of Howie Do It, a short-lived NBC comedy/prank show. Mandell had discovered Jakhotia after his 2008 Superbowl pre-game show performance.

Howie Do It would involve Howie Mandel pulling pranks on ordinary people, sometimes in disguise and sometimes just as himself. The theme song was a parody of “This Is How We Do It” by Montell Jordan, and at the end of every segment, someone would say, “This is Howie Do It!” It was cancelled after 16 episodes.

When Jakhotia was hired for the Howie Do It job, he became the first Indian American to serve as the musical director of a network show, according to Business Wire.

4. He Was a Part of Nintendo’s Infamous E3 2008 Press Conference

The role most people will recognize Jakhotia from, though, is as the drummer in Nintendo’s infamous Wii Music press conference at E3 2008.

That year, Nintendo previewed its upcoming music game, Wii Music, in a demonstration that was immediately ridiculed by fans. Part of that wasn’t because of anything the people onstage were doing; it was more that viewers found the concept of a music game in which all you do is flail the controller around completely ridiculous. Unlike Guitar Hero and Rock Band, Wii Music didn’t involve pressing buttons that corresponded with notes; instead, players simply mimicked the action of playing the given instrument.

Gamers still make reference Nintendo’s 2008 press conference as one of the most cringeworthy in history, and dozens of memes and gifs from it are still used on social media to this day. A Google image search of the term “Wii Music E3” turns up nine images of Ravi Jakhotia just within the first three rows.

And a YouTube clip of just Jakhotia playing the Wii Music drums has racked up 500,000 views. The top comment on that video with 111 thumbs up reads, “And…now he’s playing at Trump’s Inauguration. Man, this guy will take ANY job.”

5. He Says He Wanted to Bring Some Diversity to the Inauguration

#DJRavidrums explains why performing at Trump's #Inauguration is not about #American politics, but American pride. https://t.co/KXBbqvj0AO

Each of the artists who has signed on to perform at the inauguration has received some amount of online criticism. Some of these celebrities like Jon Voight are Trump supporters and are quite open about that fact. But many of them have said that they don’t consider accepting an invitation to perform at the inauguration to be a political statement and that this is a nonpartisan celebration of the democratic process.

When asked by the Tampa Bay Times if he is a Democrat or a Republican, Jakhotia said, “I really can’t get into the political side of it. My beliefs are, it’s time for America to come together. Trump will be president, and that’s it.”

He also says that part of the reason he accepted the invitation was because he saw it as an opportunity to bring diversity to the inauguration ceremony.

“I could have chosen to boycott and stay invisible, or to stay visible, and I thought there was more benefit to someone that looks like me sharing that stage and performing for the American people,” he said in an interview with Michaela Pereira.

Of the 27 musicians booked for the inaugural events this week, four of them are not white.