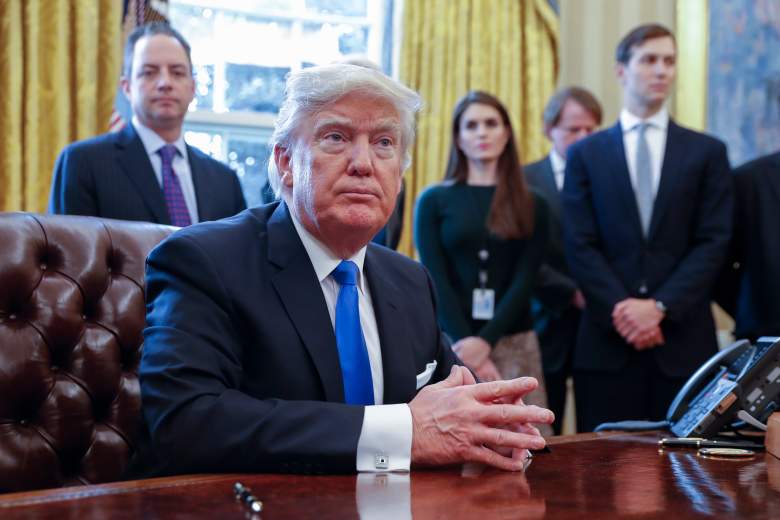 Donald Trump, who lost the popular vote in 2016, continues to claim that millions voted illegally. (Getty)

Despite winning the electoral college, and already being sworn in as President, President Donald Trump continues to falsely insist that millions voted illegally. Five days into his presidency, Trump has announced plans to launch a “major investigation” into voter fraud. If he sees the results he wants to see, he will “strengthen up voting procedures.”

Although there is no evidence to support his claim, he believes that voter fraud cost him the popular vote. He lost the popular vote to Hillary Clinton by 2.8 million votes.

I will be asking for a major investigation into VOTER FRAUD, including those registered to vote in two states, those who are illegal and….

even, those registered to vote who are dead (and many for a long time). Depending on results, we will strengthen up voting procedures!

Here is what you need to know about Trump’s plans and past investigations into voter fraud. 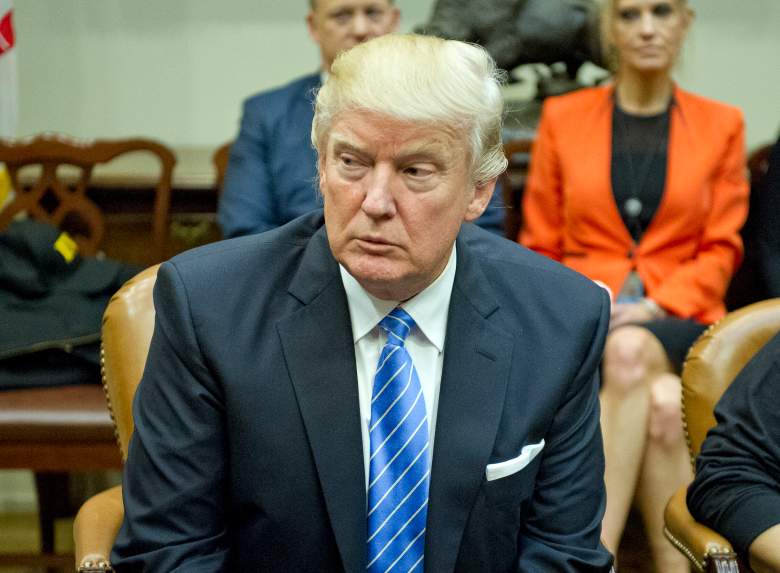 On January 23, Trump held his first official meeting with congressional lawmakers. According tot he New York Times, Trump told them that he believes three to five million illegal immigrants voted in the 2016 presidential election. That followed his November 27 tweet, in which he claimed, “In addition to winning the Electoral College in a landslide, I won the popular vote if you deduct the millions of people who voted illegally.”

Republican Senator Lindsey Graham told CNN that he didn’t attend the Monday meeting, but he did not like Trump’s suggestion that voter fraud happened. “I wasn’t there, but if the President of the United States is claiming that 3.5 million people voted illegally, that shakes confidence in our democracy — he needs to disclose why he believes that,” Graham told CNN.

During his press conference on January 24, Press Secretary Sean Spicer stood by his boss’ false claims.

“The president does believe that. He has stated that before. I think he’s stated his concerns of voter fraud and people voting illegally during the campaign,” Spicer told the press. “He continues to maintain that belief based on studies and evidence that people have presented to him.”

When further asked about the claims, Spicer insisted that Trump got the information from “studies and information he has.” He then mentioned a Pew 2008 study “that showed 14 percent of people who have voted are non-citizens.”

“Trump is telling Republicans to accelerate voter suppression, to make it harder for the poor, young, elderly and people of color to vote,” Sanders wrote. “The great political crisis we face is not voter fraud, which barely exists. It’s voter suppression and the denial of voting rights. Our job is to fight back, and do everything we can to protect American democracy from cowardly Republican governors and legislators.”

In his ABC News interview with David Muir, Trump said there is “a lot to look into” regarding voter fraud.

In a tweet on January 27, Trump backed the work of Gregg Phillips, who created the app VoteStand and claims that there were 3 million illegal votes in the 2016 election.

Look forward to seeing final results of VoteStand. Gregg Phillips and crew say at least 3,000,000 votes were illegal. We must do better!

VoteStand is an app created for the group True The Vote, which supports Trump’s “major investigation” into voter fraud. Phillips has offered to “lead the analysis and reporting effort from here” after seeing Trump’s tweet.

A Daily Beast profile on Phillips notes that, despite his claim that there were 3 million illegal votes, his group hasn’t released any data to back up the claim.

“If I had my druthers, and they said, ‘Gregg, you can release your list or you can give it to [the Department of Justice],’ I’d instantly agree to give it over to DOJ. They could bump it up against the Homeland Security file,” Phillips told The Daily Beast on January 24. “There’s a group of us who don’t think we should release the names at all.” 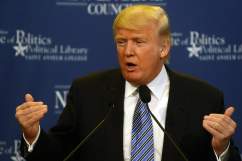 2. Trump’s Own Lawyers Claimed There Was No Voter Fraud in Michigan During Jill Stein’s Recount Fight 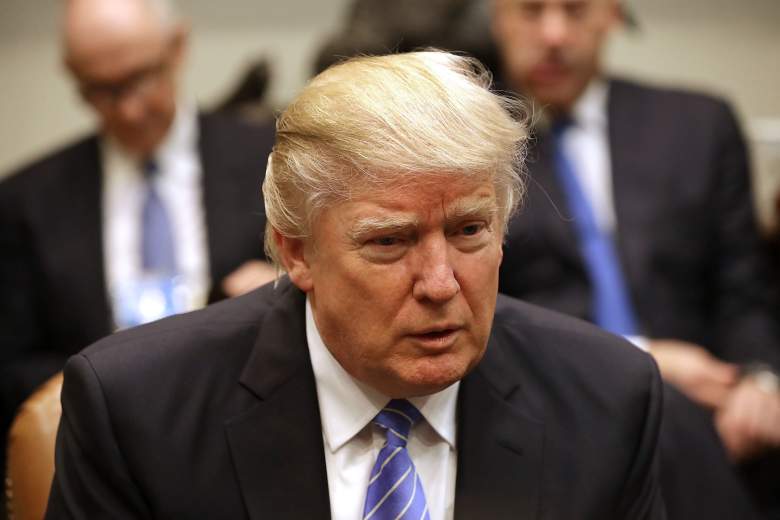 During Green Party candidate Jill Stein‘s fight for a recount in Michigan, Trump’s own legal team said that there was no evidence to support the idea that there was massive voter fraud.

“On what basis does Stein seek to disenfranchise Michigan citizens? None really, save for speculation. All available evidence suggests that the 2016 general election was not tainted by fraud or mistake. Governor Snyder has said so,” Trump’s legal team said in opposition to Stein’s call for a recount.

The legal team cited a tweet from Michigan Governor Rick Snyder, who wrote on November 28, “No ballot problems in MI. Let’s move past politics. @realDonaldTrump & @mike_pence need to focus on important job of governing.” Snyder is a Republican. 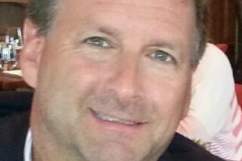 3. The 2014 Poll Trump References Has Been Repeatedly Criticized & Shows No Data Related to the 2016 Election 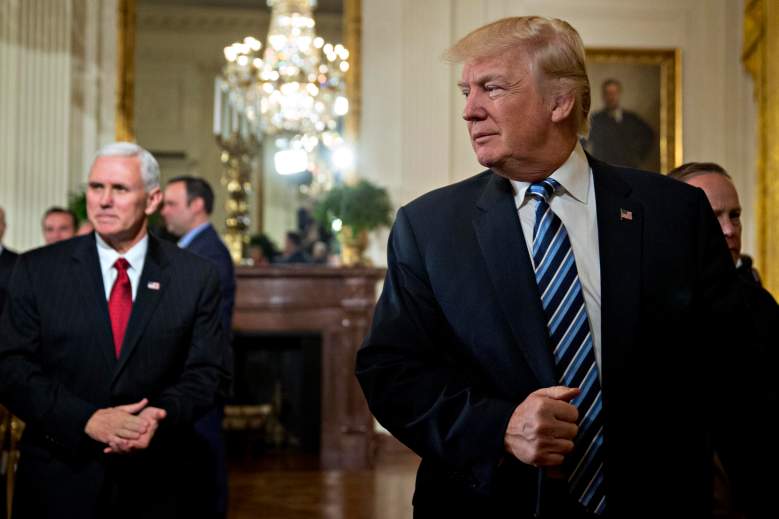 Spicer referenced a study from “Pew in 2008 that showed 14 percent of people who have voted are non-citizens” during the January 24 press conference. However, he made a mistake about where that “14 percent” came from. The number from a discredited 2014 study published by the Washington Post in October 2014. Since it is over two years old, the poll has no data related to the 2016 election.

The poll’s findings have been widely criticized. The Post later added a note to the original story, linking to a Electoral Studies article that determined that the findings in the poll “were biased and that the authors’ data do not provide evidence of non-citizen voting in U.S. elections.”

In November, after Trump’s tweet about illegal voting, transition team spokesman Jason Miller also cited a 2012 Pew study, reports CBS News. That study found that 24 million voter registrations are inaccurate or no longer valid. It found that 1.8 million dead people are still registered to vote and that 2.75 million are registered to vote in more than one state.

David Becker, the primary author of the study, took to Twitter in November, saying that the study shouldn’t be used to provide evidence of voter fraud.

As primary author of the report the Trump camp cited today, I can confirm that report made no findings re: voter fraud. /1

More recently, Becker tweeted that there is no evidence of voter fraud.

As I've noted before, voting integrity better in this election than ever before. Zero evidence of fraud. https://t.co/BBS8NVcACB

As for where Trump gets the “three million” number, the source for that could be InfoWars.com, the site run by conspiracy theorist Alex Jones. Jones claims that 3 million illegal immigrants voted. He cites Phillips of VoterFraud.org as the source of his information.

However, VoterFraud.org now redirects to Election Night Gatekeepers, who claim that they never heard of Philips before the InfoWars story was published. 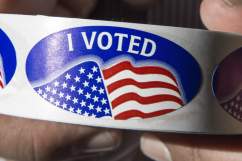 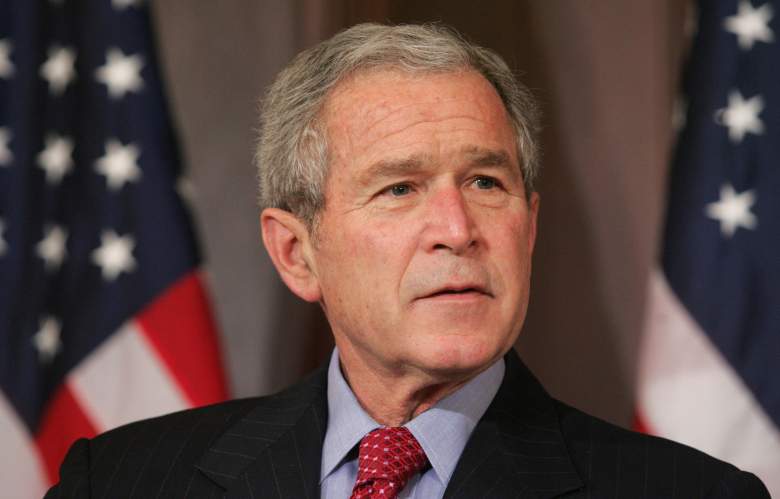 In 2007, the five-year investigation found almost no evidence of voter fraud, the New York Times reported at the time. As of 2006, just 120 people had faced voter fraud charges and 86 were convicted.

“If they found a single case of a conspiracy to affect the outcome of a Congressional election or a statewide election, that would be significant. But what we see is isolated, small-scale activities that often have not shown any kind of criminal intent,” Richard L. Hasen of Loyola Law School told the Times in 2007.

None of the cases found during Bush investigation involved people trying to vote as another person. Some involved people voting twice, but Wisconsin prosecutors lost ever case that involved double voting. In Kansas and Missouri, federal prosecutors were only successful in four cases of double voting. Cases of local politicians offering to buy a voter’s support were found though. 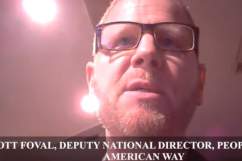 5. In Kansas, Secretary of State Kris Kobach Has Only Successfully Prosecuted 4 Cases of Voter Fraud 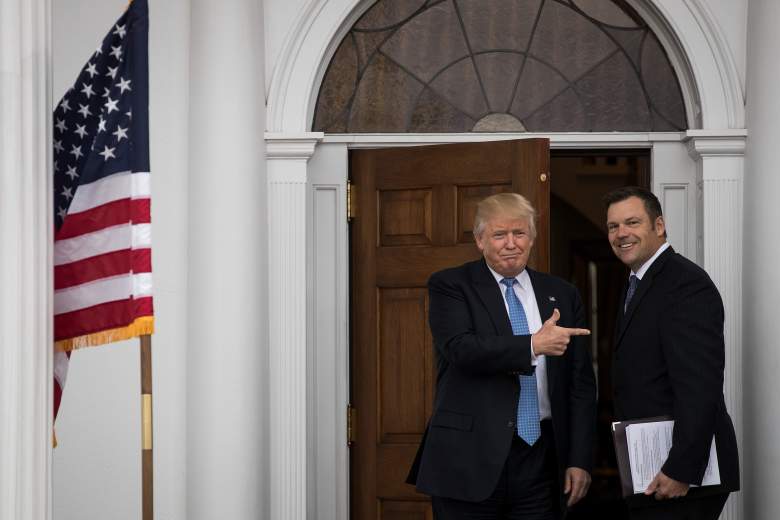 Trump meets Kris Kobach in November 2016. Kobach has led a crusade against voter fraud, but has only been successful in four cases. (Getty)

Kansas Secretary of State Kris Kobach took the voter fraud issue and ran with it, becoming the only Secretary of State with the power to prosecute voter fraud cases. In 2015, he argued for that power after claiming that prosecutors weren’t pursuing the cases he sent them. (U.S. Attorney Barry Grissom, a Republican, even said in 2014 that voter fraud doesn’t exist in the state.)

According to Kansas City.com, Kobach has only filed a half-dozen cases since he got the power to prosecute in July 2015. He’s only won four of those cases. The fourth case involved Ron Weems, a 77-year-old man who agreed to pay $5,500 in fines because he was registered to vote in Kansas and Colorado, reports Kansas.com.

The three other cases also involved double voting and all three voters agreed to pay fines between $500 and $5,500.

“Double voting is likely to remain the … most frequent form of voter fraud that we prosecute going forward because it occurs with regularity and because it’s one of the kinds of fraud we can’t prevent with proof of citizenship and photo ID,” Kobach said after Weems’ conviction.

Kobach himself also produced a 2013 study that examined 84 million votes cast in 22 states. It found that just 14 cases of duplicate voter registrations were referred for prosecution.

The Associated Press also reports that when Texas Governor Gregg Abbott was Texas Attorney General, he also launched a voter fraud investigation in 2005. Two years later, he found no cases of people voting as another person.

Ohio Secretary of State Jon Husted tweeted to Trump on January 25 that his state conducts a review every four years. “Easy to vote, hard to cheat,” he wrote.

We conducted a review 4 years ago in Ohio & already have a statewide review of 2016 election underway. Easy to vote, hard to cheat #Ohio https://t.co/OpDrPUX6Ev

Read More
Donald Trump, Politics
wpDiscuz
5
0
Would love your thoughts, please comment.x
()
x
| Reply
Donald Trump announced on Twitter that he will launch a 'major investigation' into voter fraud. Here's what you need to know about it and past voter investigations.