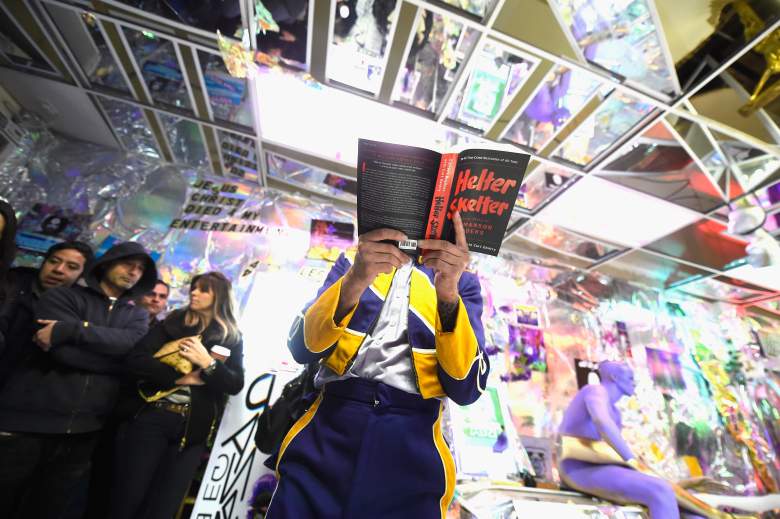 Charles Manson was released from prison Tuesday and transported to a hospital due to an undisclosed illness, TMZ reported.

The cult leader, who was found guilty in 1971 of conspiracy to commit the murders of seven people, was alleged to believe in a Helter Skelter vision, which shaped the minds of his followers and brainwashed them into committing gruesome murders in California.

Here’s all you need to know about Helter Skelter:

1. Helter Skelter Was a Vision by Manson About Racial Tensions

With all the racial tensions that are a part of our daily news, I wonder if Manson's idea of Helter Skelter is alive and well?

Manson’s rise was brought on by Helter Skelter, which is an “apocalyptic war stemming from racial tensions between blacks and whites,” according to the book Helter Skelter: The True Story of the Manson Murders. Manson predicted a racial Armageddon and considered himself the war’s heir.

In the 1960s, Manson preached that blacks would rise up and seek revenge against the white race. He believed that it was his job to try and stop this scenario from happening.

Robert Ringer wrote that Manson’s vision of the racial tensions may have recently come true in America with incidents such as the one in Ferguson, Missouri. Ringer continued that “an all-out race war was inevitable,” in Manson’s mind. 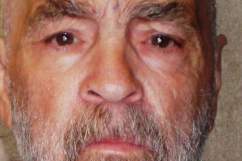 Along with the Book of Revelation, music was a huge influence on Manson.

When Manson was an inmate in 1964 following a forgery conviction, his obsession with the British rock group, The Beatles was noted by fellow inmates. Manson believed that The Beatles songs spoke to him clearly.

Soon enough, Manson’s preaching of the racial scenario developed a group of followers, known as the Manson Family.

Charles spoke of The Beatles as “the soul” and “part of the hole in the infinite.

In 1968, The Beatles released an self-titled LP which became known known as the White Album. Side three of the four-side album was the song “Helter Skelter.” The song was written by Paul McCartney.

Manson thought the lyrics in the song spoke to his theory of racial tensions. The lyrics of the infamous song are as follows:

According to former Family member Brooks Poston, Manson told a group on New Year’s Eve 1968 his interpretation of the song:

Manson developed many alternative meanings to numerous songs by The Beatles and made music in an attempt to deliver his Helter Skelter prophecy. On at least one instance while at Myers Ranch, Manson Family members learned of Charles’ prophecy.

According to an excerpt from Helter Skelter: The True Story of the Manson Murders, a Manson Family member said:

At that point Charlie’s credibility seemed indisputable. For weeks he had been talking of revolution, prophesying it. We had listened to him rap; we were geared for it—making music to program the young love. Then, from across the Atlantic, the hottest music group in the world substantiates Charlie with an album which is almost blood-curdling in its depiction of violence. It was uncanny.

Manson’s popularity with the cult following continued and it wasn’t long before he devised a plan to stop the racial uprising he foretasted.

3. The Manson Family Carried Out Helter Skelter in Summer 1969

Charles Manson
– well-known but I'm forever intrigued
– never actually killed anyone as his cult members whom deemed him a god did pic.twitter.com/YM8DB3JHOt

Manson began prepping months before the summer of 1969 for an elaborate plan he called Helter Skelter. Him and the Manson family had worked on songs for an album, which was supposed to help cultivate the violence.

According to a theory developed by prosecuting attorney Vincent Bugliosi during Manson’s July 1970 trial, it was the cult leader’s plan to spark the “war” between whites and blacks so he could “emerge afterward as the leader of the remaining black population.” Bugliosi alleged that in order for Manson to do so, he encouraged Manson Family members to go out and murder rich white people so that they would be blamed on the black population. He contended that Tex Watson, Susan Atkins, Linda Kasabian and Patricia Krenwinkel were sent out to Beverley Hills to follow through with his plot.

people : The women who murdered for Charles Manson: Where are they now? … https://t.co/WmrFiYb0Q9) pic.twitter.com/hDXsnTtnIw

Plans were set for the Manson Family escape from Los Angeles to Death Valley and Barker Ranch following the crimes and the Manson created maps to specify roads to get them to the desert the fastest way.

In fact, Manson was convinced that The Beatles song had a statement of the route the group was to follow to prep for the violence.

Manson said of the impending violence:

Blackie never did anything without whitey showin’ him how. It looks like we’re gonna have to show blackie how to do it.

In August 1969, the Manson Family committed the murders of five people, including actress Sharon Tate, who was residing in the home at the time.

Before leaving the home, Atkins smeared Tate’s blood on the wall to write the word “PIG,” which many presume signified George Harrison’s song, “Piggies.”

"Pig" written in Sharon Tate's blood on her front door after she was killed by the "Manson Family". pic.twitter.com/k3CjKiVl66

The next night, six Manson Family members followed Charles’ orders and got into the home of supermarket executive Leno LaBianca and his wife Rosemary. The two were murdered in gruesome fashion.

After the murders, the words “Healter Skelter” (spelled incorrectly) were drawn in blood on the couples’ refrigerator. 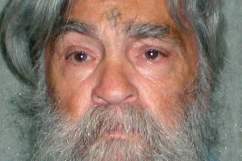 4. Helter Skelter Was The Subject of Movies

Numerous times, Manson’s story and his Helter Skelter vision have been used in American media. A 2004 television film was a remake of the 1976 TV movie, which was split into two parts. Both of the films were broadcast on CBS, but portrayed the Manson Family in different ways.

The biggest difference between the 2004 made-for-TV movie and the release in 1976 is that the latter focused on Manson’s murder trial and the murders. The movie release during the ’70s was based off the 1974 book written by Manson’s prosecutor, Vincent Bugliosi and Curt Gentry.

The 2004 release revolved around Linda Kasabian and her involvement with the Manson Family.

5. Manson Testified in Court Largely About Helter Skelter For Over an Hour

In the Paul Watkins book, My Life With Charles Manson, the author wrote how Manson spent hours quoting and interpreting chapters from the Book of Revelation to the Manson Family.

In 1970, when Manson took the stand to testify in the trial of the Tate-LaBianca murders, the jury was removed from the courtroom to not compromise the trial.

Manson spoke for over an hour on the stand, noting about Helter Skelter:

Manson continued on about a conspiracy to commit the murders, noting that music speaks to him and the youth:

To respond to Bugliosi’s claim of his Helter Skelter theory, Manson denied it during a 1992 parole hearing.

As far as lining up someone for some kind of Helter Skelter trip, you know, that’s the District Attorney’s motive. That’s the only thing he could find for a motive to throw up on top of all that confusion he had. There was no such thing in my mind as Helter Skelter 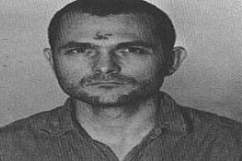 Loading more stories
wpDiscuz
0
0
Would love your thoughts, please comment.x
()
x
| Reply
Charles Manson often spoke to members of his cult "family" about "Helter Skelter," an apocalyptic war which arose from racial tensions in the U.S. It was one of the leading factors to the cult's murders.