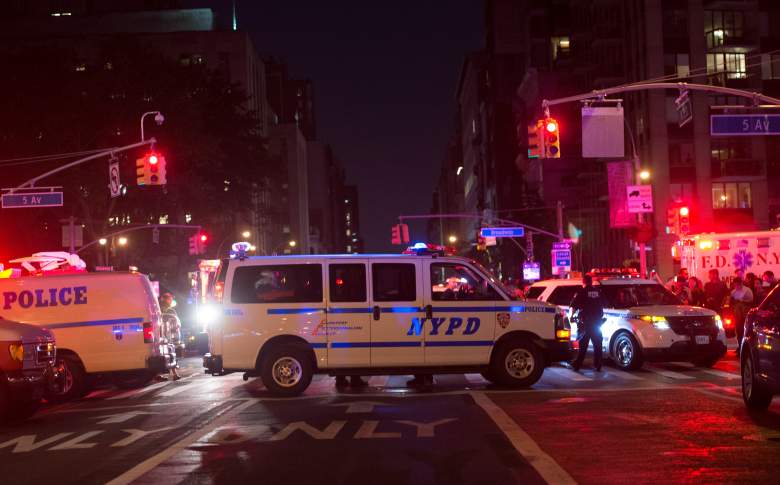 Jewish Community Centers around the country have been receiving bomb threats over the last two weeks, with a new set of threats coming in on January 18. We have a complete list here of which states and cities have reported bomb threats, which had to be evacuated, when and where. We will update this story as more information is available, including theories on the origin of these threats and who may be involved. So far, police have not reported a known link among the threats. Most of the threats were phoned in all around the same time, mostly in the morning on January 9 and January 18. According to JTA, some of the phone calls were made live and some were prerecorded. So far, no one has found an actual bomb and it appears these may have all been hoaxes, but police are still investigating. No one has claimed responsibility for the threats and, as of the time of publication, no one has been arrested.

If you know of any community centers that received threats and aren’t listed here, let us know in the comments below.

The centers that received threats are listed in alphabetical order by state below. So far, 17 states have reported threats in January, according to a press release from the JCC Association. These states include: Alabama, California, Connecticut, Delaware, Florida, Maryland, Massachusetts, Minnesota, Missouri, New Jersey, New York, Ohio, South Carolina, and Tennessee. There may be more threats, as some sources said as many as 20 JCCs received threats. We’ll update this story as we learn about any additional centers that aren’t listed.

The JCC Association of North America issued a statement about the threats on January 18. They said, in part:

In the wake of last week’s calls, JCCs were well-prepared for the calls received today. Many JCC leaders took part in a webinar organized quickly by JCC Association, featuring officials from SCN and the Department of Homeland Security to address concerns and procedures. … We applaud our JCCs for responding calmly and efficiently… The JCCs that have received the all-clear and been deemed safe have resumed regular operations, and staff and participants are back enjoying the JCC programs they know and love…”

We are aware of a number of bomb threats at JCCs. Js are working directly w/local authorities to make sure that people & premises are safe.

A Jewish Community Center in Birmingham, Alabama received a bomb threat on January 18. The center was evacuated.

On Jan. 18, a bomb threat was phoned in to a Jewish Community Center in Marin County. Everyone was evacuated, including children at a nearby preschool. The call was automated and sounded like it was coming from a computer-generated voice. Jeremy Russell of the Jewish Community Relations Council in San Francisco told NBC Bay Area:

We don’t know what’s going on. There are a lot of unknowns. We are very concerned about the existence of these calls and the literal threat they are imposing on the community. We will be responding appropriately.”

Reports of a JCC bomb threat in California on January 9 might be the result of people getting a bomb threat in Florida confused with California. We haven’t yet been able to track down a specific threat in the state of California from Monday, January 9, despite seeing tweets about a California threat. But in Florida, one of the bomb threats was reported at a JCC off San Jose Rd., which might be a source of some of the confusion.

A threat was phoned into a JCC in California in July, in Foster City. This happened at the Peninsula Jewish Community Center. The building was secured that afternoon.

On January 18, two Jewish Community Centers received bomb threats. These were the JCC of Greater New Haven in Woodbridge and The Mandell JCC West Hartford.

In New Castle, Delaware, a bomb threat was called in just before noon on January 9 to the local Jewish Community Center, the Tennessean reported. The Jewish Press reported that this bomb threat was phoned in to the Siegel Jewish Community Center north of Wilmington around 11:45 a.m. The caller said the bomb was somewhere inside the complex. Everyone from four facilities at the site were evacuated: the JCC, the Jewish Federation of Delaware, the Albert Einstein Academy, and Jewish Family Services of Delaware.

In Florida, a new bomb threat was called in on January 18 to the Miami Beach Jewish Community Center. This was the center’s second false bomb threat in two weeks. The call came just before 10 a.m. and the building was briefly evacuated.

Update: @MiamiBeachPD has cleared the scene, no threat located. #Traffic has now reopened as well as the JCC. pic.twitter.com/bvXp1244Xt

The first Miami bomb threat was phoned in on Monday morning, Jan. 9, and police gave an all clear around 11 a.m. No devices were found at any of the locations. As a precaution, about 450 students and 70 teachers and staff were evacuated from Alper JCC School, The Jewish Press reported. Police were also called to the Jewish Community Center in Pine Tree at Miami Beach.

In Jacksonville, a JCC off San Jose reported a bomb threat.

In Maryland, a bomb threat was called into a Rockville, Maryland JCC on Jan. 9, the Tennessean reported. The threat was leveled against Bender Jewish Community Center of Greater Washington,The Jewish Press reported. The building was evacuated, but an all clear was later issued.

A bomb threat was also reported at a Baltimore, Maryland Jewish Community Center on Park Heights Avenue on Jan. 9. The threat was called in around 11:46 a.m., CBS Baltimore reported. The center was briefly evacuated, and reopened around 2 p.m. once the threat was found to be unsubstantiated, Baltimore Jewish Times reported.

A threat was phoned in to Newton, Massachusetts on January 18. The local center was evacuated after a suspicious phone call.

In Michigan, Detroit police investigated a threat against a JCC in West Bloomfield. Bomb sniffing dogs did not find anything.

On January 18, the Sabes JCC in St. Louis Park was briefly closed due to a bomb threat. This was just outside of Minneapolis. The campus was evacuated and law enforcement was investigating.

In Tenafly, the JCC on Palisades sent out a text alert about a bomb threat that it received shortly after noon on Jan. 9, NBC New York reported. A preschool, senior center, and adult daycare facility were evacuated. An all clear was given later.

On January 18, centers in Scotch Plains were the subject of bomb threats. A similar threat was issued to a JCC in Edison, which led to evacuating both a YMCA and a Middlesex County JCC.

A New York Jewish Community Center also received a bomb threat on January 18. This one was in Albany, New York, and the center was later reopened. An additional threat was sent to a center in Dewitt, near Syracuse. This call came in just before 10 a.m. local time to CNYCentral.

The Mayerson JCC in Amberley Village in Ohio also received a bomb threat on January 18. This JCC is located just outside of Cincinnati. The center was later given an all clear.

Columbia, South Carolina also received a bomb threat to the Katie and Irwin Kahn Jewish Community Center on Flora Drive on Jan. 9, WISTV reported. The threat was called in just before 11:30 a.m. Police found nothing.

In Nashville, a threat was phoned in around 10:30 a.m. to the Gordon Jewish Community Center at 801 Percy Warner Blvd. on Jan. 9, the Tennessean reported. About 100 people were evacuated. Police gave an all clear about two hours later.

Threats Outside the U.S.

Threats were bomb threats also reported in the United Kingdom on January 9. In London, threats were called in to schools in Roehamptom, Ilford, and Brent. All the threats reported bombs in the buildings, prompting the schools to be evacuated, the Tennessean reported.

Read More
Breaking News
Here is a complete list of all the states, cities, and Jewish Community Centers that received bomb threats, including a new series of threats on January 18.