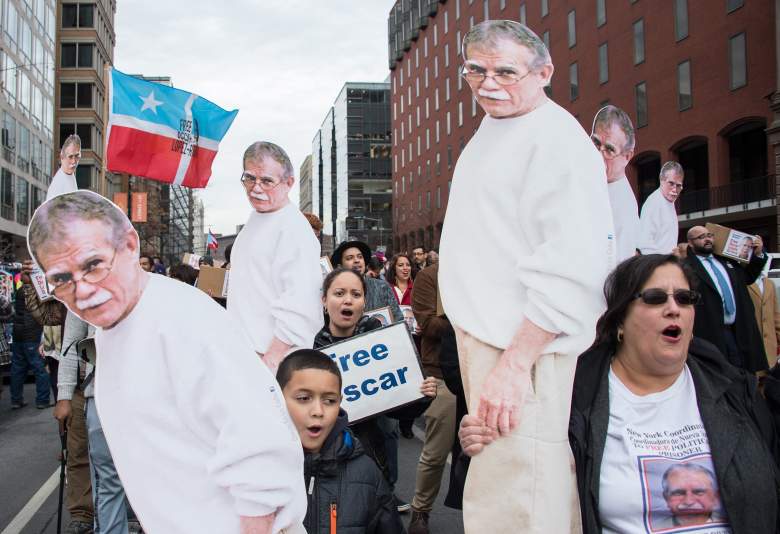 Oscar Lopez Rivera, a Puerto Rican nationalist seen by some as a terrorist and others as a political prisoner, had his 70-year prison sentence commuted by President Barack Obama on January 17. The 74-year-old will be released from prison on May 17, 2017.

In 1981, Lopez Rivera was sentenced to 55 years for, according to the White House, “Seditious conspiracy; interference with interstate commerce by threats or violence; possession of an unregistered firearm; carrying firearms during the commission of violent crimes; interstate transportation of firearms with the intent to commit violent crimes; interstate transportation of a stolen vehicle (four counts).”

In 1988, he was sentenced to an additional 15 years for conspiring to escape from Leavenworth Prison in Kansas. The charges were: “Conspiracy to escape, to transport explosives with intent to kill and injure people, and to destroy government buildings and property; aiding and abetting travel in interstate commerce to carry on arson (two counts); using a telephone to carry on arson (two counts).”

Lopez Rivera had served in the U.S. military in the Vietnam War and received a Bronze Star Medal for his service. But after the war, he became one of the founders of the Fuerzas Armadas de Liberación Nacional (FALN), a group responsible for over 120 bombings throughout the U.S. as they tried to gain independence for Puerto Rico.

Here is what you need to know about Lopez Rivera’s life.

In September 1999, President Bill Clinton offered 14 members of FALN conditional clemency, The Washington Post reported at the time. Clinton said testimony by President Jimmy Carter, Desmond Tutu and others helped convince him to do so.

However, only 12 of the 14 accepted the clemency conditions, The New York Times reported at the time. Although Clinton had offered to shorten Lopez Rivera’s sentence, the Times reported that Clinton wanted them to renounce the “use of terrorism to achieve their aim of independence” for Puerto Rico.

Puerto Rico is an unincorporated territory of the U.S. Those born there are U.S. citizens, but they cannot vote for President and their representative in Congress cannot vote on laws. They are allowed to vote for a local governor. 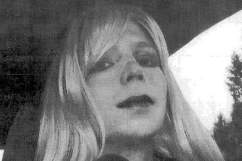 2. He Became Disillusioned by the U.S.’ Treatment of Puerto Rico After Serving in Vietnam & Believed the Island Was Treated as a Colony

As NPR notes, Lopez Rivera was born in Puerto Rico, but moved to Chicago as a teenager. He served in the Vietnam War and earned a Bronze Star Medal.

When he returned home, Lopez Rivera began researching Puerto Rico’s history while he was working as a community organizer in Chicago. He started believing that Puerto Rico was being treated like a colony of the U.S.

“There were resolutions of the United Nations pointing out very, very clearly that colonialism was a crime against humanity and that colonized people have the right to self-determination and to independence and to achieve it by any means necessary — including the use of force,” Lopez Rivera told NPR in a phone interview from prison in October 2016.

3. The Deadliest FALN Bombing Took Place in January 1975, When 4 Were Killed at a New York Restaurant

The deadliest attack the FALN carried out was in January 1975, when four were killed and 60 injured at the Fraunces Tavern in New York City’s financial district. According to the New York Daily News’ report on the bombing, members of the FALN called the Associated Press after the bombing to take responsibility.

“It was truly the first truly clandestine terror organization that we confronted and we had no clue as to how to approach this,” Rick Hahn, a former FBI agent assigned to the FALN case, told NPR in January 2017. “They were very sophisticated and we didn’t realize it, and I think that was part of the problem we had in identifying FALN members — false hair items, reversible clothing … professional make-up kits, that sort of thing.”

As the Daily News noted in a 2012 report on the bombing, no one was ever tried for it. 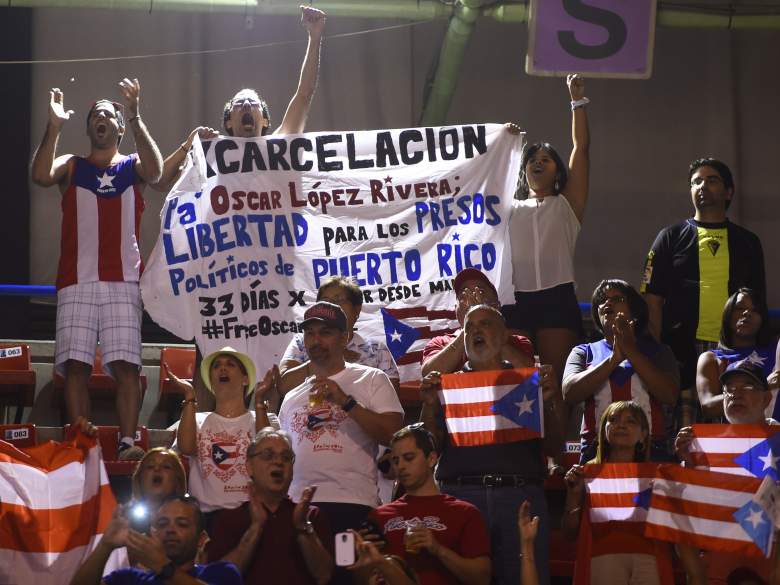 4. Lopez Rivera Admitted to His Crimes During His 1981 Sentencing Hearing, but Called Himself a Political Prisoner

In 1976, the FBI did find an apartment linked Lopez Rivera that had evidence of his work with FALN, but he was not arrested until 1981, notes NPR.

According to a UPA report on Lopez Rivera’s sentencing in August 1981, Lopez Rivera did admit to committing what he was charged with. However, he told the judge that he was a political prisoner and didn’t take part in much of the trial. The judge called him an “incorrigible law violator.”

A 1995 Denver Westworld profile reports that he will not confirm or deny that he was a member of FALN and claimed to not be personally involved in the deaths caused by the bombings.

“By international law, a colonized people has the right to fight against colonialism by any means necessary, including the use of force,” Lopez Rivera told Denver Westworld. He also said that, as a prisoner of war, “We don’t defend ourselves” at trial, “so, automatically, we get the maximum sentence on every charge we face.”

5. A Special UN Committee Called for All Puerto Rican Political Prisoners to Be Released in 2006

In 2006, the United Nations Special Committee on Decolonization called on the U.S. to release political prisoners who fought for Puerto Rico’s independence and were sentenced to over 25 years in prison. The resolution, which was sponsored by Cuba, said that this would help speed up the process of self-determination for Puerto Rico.

In a 1996 Denver Westworld report on Lopez Rivera’s treatment at a federal penitentiary in Marion, Illinois, Chicago attorney Jan Susler accused the government of mistreating him because of his political beliefs. Lopez Rivera took part in a three-year program at ADX Florence, and before that, he was in Marion.

“It’s definitely a punitive move,” Lopez Rivera told Westworld of the move back to Marion. “Basically, what they’re trying to do is to rob the prisoner of his dignity through absolute control and sensory deprivation. Ever since I arrived in the system, I’ve been labeled a notorious and incorrigible criminal, and that is enough for them to do whatever they feel like doing.”

After 12 years in Marion and Florence, Lopez Rivera is now at a prison in Terre Haute, Indiana.