Green card holders from seven Muslim-majority countries named in President Donald Trump’s executive order on immigration will be allowed into the United States, the Department of Homeland Security now says.

Several people who are legal permanent residents of America from those seven countries – Iraq, Iran, Syria, Sudan, Somalia, Libya and Yemen – were detained upon landing in the U.S., or were prevented from boarding planes overseas after Trump’s Friday afternoon order went into affect.

On Sunday, after 48 hours of confusion, Director of Homeland Security John Kelly issued a statement clarifying the issue.

“In applying the provisions of the president’s executive order, I hereby deem the entry of lawful permanent residents to be in the national interest,” Kelly said in the statement. “Accordingly, absent the receipt of significant derogatory information indicating a serious threat to public safety and welfare, lawful permanent resident status will be a dispositive factor in our case-by-case determinations.”

It is not clear exactly what Kelly means by “case-by-case determinations,” or whether green card holders will be subject to increased scrutiny upon traveling back to the U.S., but the order from DHS does provide some relief for families who feared they would be separated for months as a result of the order.

Trump’s order calls for travelers from six of the seven countries to be restricted from entering to the United States for 90 days. Syrians are blocked from entering indefinitely.

The new directive from Homeland Security does not address refugees or visa holders, including those approved to enter the U.S. for work, travel or study, who have already gone through the vetting process.

In a separate statement, Homeland Security said they would be working with airlines to prevent travelers who would be barred from entry to the U.S. from boarding flights, which would prevent further detentions at airports in the U.S.

Homeland Security said “less than 1 percent” of the more than 325,000 international air travelers to the U.S. were impacted by the travel ban on Saturday.

As thousands of protesters gathered at airports and elsewhere in cities across the U.S. on Sunday to protest the order, which opponents have deemed to be a “Muslim ban,” Trump issued a statement saying it is in the interest of national security:

America is a proud nation of immigrants and we will continue to show compassion to those fleeing oppression, but we will do so while protecting our own citizens and border. America has always been the land of the free and home of the brave. We will keep it free and keep it safe, as the media knows, but refuses to say. My policy is similar to what President Obama did in 2011 when he banned visas for refugees from Iraq for six months. The seven countries named in the Executive Order are the same countries previously identified by the Obama administration as sources of terror. To be clear, this is not a Muslim ban, as the media is falsely reporting. This is not about religion – this is about terror and keeping our country safe. There are over 40 different countries worldwide that are majority Muslim that are not affected by this order. We will again be issuing visas to all countries once we are sure we have reviewed and implemented the most secure policies over the next 90 days. I have tremendous feeling for the people involved in this horrific humanitarian crisis in Syria. My first priority will always be to protect and serve our country, but as President I will find ways to help all those who are suffering.

Legal challenges to the order from the ACLU and other groups are expected to come in the next several days. 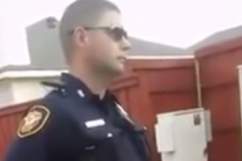