In December, Donald Trump nominated New York lawyer David M. Friedman to be his ambassador to Israel. On February 16, Friedman finally went before a Senate panel to begin his confirmation hearings. They have been so heated that a protester even blew a Shofar to interrupt the proceedings.

Friedman is a hard-liner when it comes to Israel and fully supports the Israeli settlements and opposes Palestinian statehood. Five former U.S. ambassadors to Israel have all called him unqualified for the position.

Trump’s relationship with Israel took center stage on February 15, when he held a joint press conference with Israeli Prime Minister Benjamin Netanyahu and failed to firmly stand-by the long-standing U.S. policy of endorsing the two-state solution.

Friedmanm who has no diplomatic experience, is currently a partner at Kasowitz, Benson, Torres & Friedman, LLP and leads their Creditors’ Rights and Bankruptcy Practice Group. As CBS News notes, he is the son of an Orthodox rabbi.

Here’s a look at Friedman’s life and career.

1. Friedman Served as Trump’s Israel Adviser During the Presidential Campaign & Has Known Trump for 15 Years

During the presidential campaign, Friedman, the son of an Orthodox rabbi, served as Trump’s adviser on Israel policy. Friedman told YNet News that they have known each other for 15 years.

“Well, first and foremost I’m somebody who loves Israel and someone who has Donald Trump’s trust,” Friedman told the site in August 2016. “We’ve known each other for 15 years. I’ve worked with him in some challenging circumstances and have gained his trust and I would hope his respect. When he was called upon to select advisers in various areas, one of those areas was the relationship between the US and Israel, and he wanted to select advisers who he knew had a deep love and commitment to the state of Israel.”

Friedman said he met Trump to help him with “some issues relating to Atlantic City” and has served as Trump’s lawyer “from time to time.” 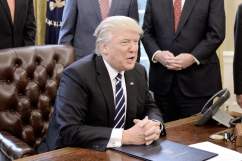 2. Friedman Wants the U.S. to Move Its Embassy to Jerusalem & Recognize the City as Israel’s Capital

Like Trump and other Republicans in Washington, Friedman strongly supports moving the U.S. embassy from Tel Aviv to Jerusalem and recognizing that city as the true capital of Israel.

In his YNet News interview, Friedman said that one of Trump’s first acts as president will be to recognize Jerusalem as the capital. “I think the movement of the embassy to Jerusalem is logistically something that can’t be done on the first day (but) I think that will happen in due course,” Friedman, who speaks Hebrew, said.

Friedman also said that Trump’s position is to not “blindly embrace” the two-state solution just because it has been American policy for so long. 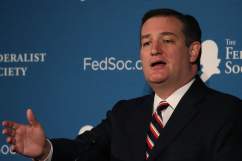 3. He Thinks Anyone Who Supports the Liberal Group J Street are ‘Worse Than Kapos’

J Street, a left-leaning group that says it is the “political home for pro-Israel, pro-peace Americans who want Israel to be secure, democratic and the national home of the Jewish people, has mounted a campaign to stop Friedman from becoming Israel’s ambassador.

Even before Trump was elected, Friedman had a combative relationship with the group. He has compared them to “kapos,” the name of the Jews who cooperated with Nazis during the Holocaust. In fact, in an op-ed for Israel National News in June 2016, Friedman said J Street supporters are worse than kapos. He wrote:

The answer, actually, is no. They are far worse than kapos – Jews who turned in their fellow Jews in the Nazi death camps. The kapos faced extraordinary cruelty and who knows what any of us would have done under those circumstances to save a loved one? But J Street? They are just smug advocates of Israel’s destruction delivered from the comfort of their secure American sofas – it’s hard to imagine anyone worse.

He also wrote that Hillary Clinton’s crowd are “no friends of Israel.” He also claimed that Clinton aide Huma Abedin has ties to the Muslim Brotherhood, although Snopes notes that these claims are unproven.

4. Friedman Vowed That Trump Will be ‘As Supportive of Israel as Possible’

In an interview with the Times of Israel just before the election, Friedman vowed that Trump will be “as supportive of Israel as possible.”

“He doesn’t view Israel as a client state that you just kind of issue directives to. He views Israel as a partner, one of America’s key partners in a global war against Islamic terrorism, so he wants Israel … to be as strong and secure as possible,” Friedman told the Times of Israel.

Friedman said that Trump will take a hands-off approach in his relationship with Israel’s government. Unlike Obama, Trump will not “put his finger on the scale or tell Israel what policies they should adopt.” 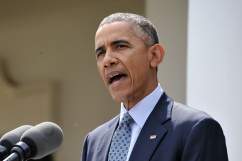 5. 5 Former U.S. Ambassadors Called Friedman ‘Unqualified’ & Asked the Senate Not to Confirm Him

In a letter obtained by Haaretz, five former U.S. ambassadors to Israel – Thomas Pickering, Dan Kurtzer, Edward Walker, James Cunningham and William Harrop – pleaded with the Senate Foreign Relations Committee to not approve Friedman. The ambassadors, who have worked under Republican and Democratic administrations, said that Friedman has “extreme positions” and is “unqualified for the position.”

“We urge the committee” to “address the question of whether Mr. Friedman would defend as ambassador the established American view that annexation of West Bank territory, outside the context of an international resolution, would be counterproductive and a violation of international law,” the letter reads. 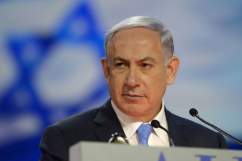 Loading more stories
wpDiscuz
0
0
Would love your thoughts, please comment.x
()
x
| Reply
David Friedman is Donald Trump's controversial pick for Ambassador to Israel. Here's a look at his career and why some are not happy with his nomination.