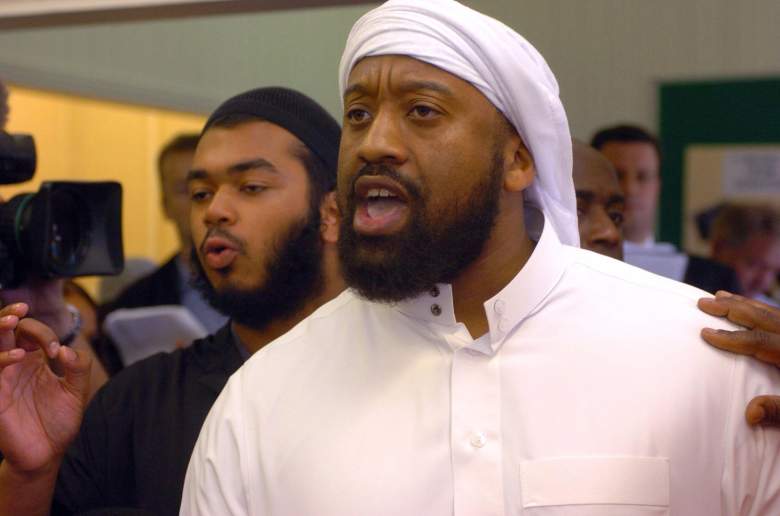 Despite media reports to the contrary, a radical Muslim convert is not the suspect in a terror attack in London that left at least five dead and 40 people injured, the BBC confirmed.

Some reports from media outlets accused Abu Izzadeen, born Trevor Brooks, a known member of a British Muslim organization that was banned by the U.K., of being the assailant killed by police after the attack. However, ABC in Europe Producer Rym Momtaz reported that Izzadeen remains in jail for his past transgressions related to terrorism. The BBC later confirmed he remains in prison, as did Channel 4, a British TV news outlet among those to name Izzadeen as the terrorist.

The attack occurred Tuesday on the Westminster Bridge and outside U.K. Parliament. The London Metropolitan Police said that the incident is being investigated as terrorism.

Authorities issued a statment that said the attack began when a male suspect drove his car over Westminster Bridge, hitting pedestrians and three police officers. A report said that a group of French students were on the bridge at the time of incident and three of them were hit by the suspect’s car.

The car crashed near Parliament and the suspect exited the vehicle with a knife in hand and tried to enter Parliament.

One officer was stabbed to death trying to protect the Parliament from the attack, and the suspect was shot by an officer and also died.

Heavy never identified Izzadeen as the attacker, and has published a report on him to debunk the rumors about him and to provide information on who he is.

Here’s what you need to know about Izzadeen:

1. Izzadeen Was Sentenced to 2 Years In Prison In 2016 For Violating a U.K. Anti-Terrorism Act 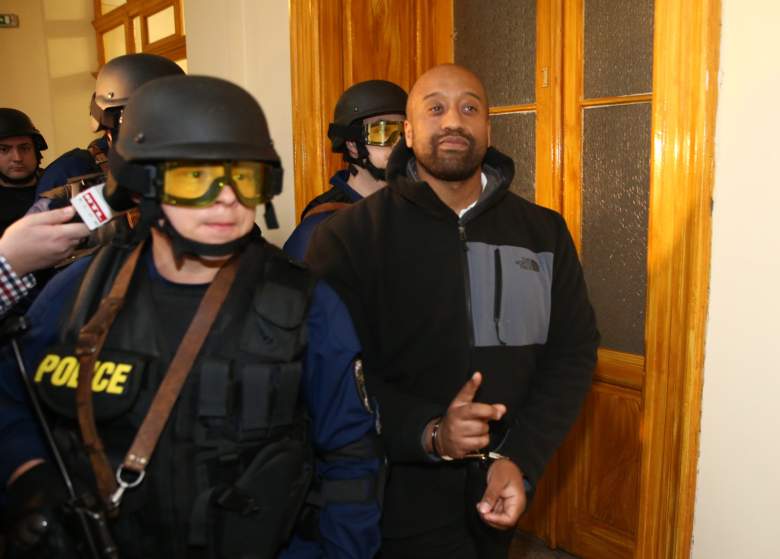 Abu Izzadeen aka Trevor Brooks is escorted to a courtroom. (Getty)

Izzadeen has been charged with crimes for being vocal about supporting terrorism and past terror attacks.

Izzadeen and associate Sulayman Keeler were found guilty of failing to inform authorities when they left the U.K., the BBC reported. Because of their backgrounds, the two were required by law to do so.

The Terrorism Act of 2006 imposed tighter restrictions on offenses related to terrorism and required Izzadeen and Keeler to let police know when they were intending on leaving the country for more than three days.

In November 2015, the pair were found aboard a train that was on its way to Romania. They were deported from Hungary back to the U.K. and faced the charges.

During their sentencing, the judge described the violation as a “serious and deliberate” offense and sentenced them to two years imprisonment.

That’s where Izzadeen currently sits, debunking the claim that he was a suspect in the March 22 terrorist attack.

2. Izzadeen Was a Spokesperson For a Muslim Organization Banned Under the U.K’s Terrorism Act

Izzadeen was the spokesman for a British-Muslim organization that was banned in 2006 under the U.K.’s Terrorism Act.

The organization, Al-Ghurabaa, is widely known as the reformed Al-Muhajiroun. The latter was a terrorist organization that was based in the U.K.

The group became known for praising the September 11, 2001 terror attacks and other international acts.

The group disbanded in 2004 and Al-Ghurabaa was created by Omar Bakri Mohammed before he fled to Lebanon. But Al-Ghurabaa was then banned by the U.K. in 2006 as part of the act’s inception. It made it a crime to belong to the group, arrange meetings or wear clothes that show support of it, The Guardian reported.

According to The Guardian, police in New York were investigating al-Ghurabaa for raising funds and recruiting members.

3. Before the 2015 Incident, Izzadeen Was Arrested on Multiple Occasions for Inciting Terror

In addition to being jailed last year, Izzadeen has had several run-ins with authorities.

In 2006, Izzadeen heckled Home Secretary John Reid in a speech about potential Muslim extremists. In the speech, Reid asked for parents in the Muslim community to look out for their kids and ensure that they aren’t at risk of being radicalized by extremists.

Izzadeen interrupted the speech and said he was “furious” about how British police have responded to terrorism.

The following year, Izzadeen was arrested for inciting terrorism. He was arrested because of an “on-going inquiry” that was in direct relation to a speech he gave in 2006 in the West Midlands. He was one of six men that were arrested for speeches they gave at a mosque, Telegraph reported.

He said during the speech, “So we are terrorists — terrify the enemies of Allah. The Americans and British only understand one language. It’s the language of blood.”

A spokesman from Scotland Yard said after the arrests:

The arrests form part of a long-term pro-active and complex investigation into alleged incitement and radicalisation for the purposes of terrorism, as well as alleged provision of financial support for international terrorism.

After police performed a raid on his home in 2007, Izzadeen was once again arrested. This time, it was “in connection with inciding others to commit acts of terrorism overseas and terrorist fundraising,” CNN reported.

In 2008, Izaadeen was sentenced to four-and-a-half years in prison for committing the offense. He served the term and was released from prison.

4. Izzadeen’s YouTube Channel Has Hundred of Thousands of Views 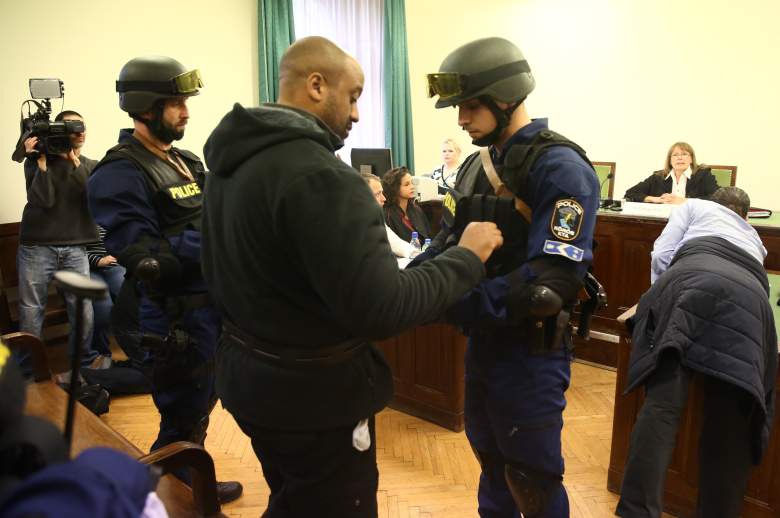 Izzadeen has a YouTube channel where he posts videos of him speaking about terrorism and issues facing the Islamic community in interviews.

He has just under 400 subscribers to the channel, but hundreds of thousands of views on his videos.

Izzadeen has had multiple run-ins and confrontations with police in the U.K.

5. Izzadeen Converted to Islam When He Was 17 From Christianity, Is Married & Has 3 Children

In London around 100 Muslims protest outside the US embassy. Led by Anjem Choudary and Abu Izzadeen. pic.twitter.com/3fXlftIV

Izzadeen is a British citizen born in east London with the name Trevor Brooks.

According to a 2007 article by The Telegraph, Izzadeen was previously a bodyguard for Omar Bakri Mohammed before he fled to Lebanon.

Izzadeen has reportedly has a Jamaican background and was raised a Christian. When he was 17-years old, he converted to Islam and changed his name from Brooks to his current one, which means “Might of the Faith” in Arabic, the article wrote.

In his time away from preaching, Izzadeen worked as an electrician. He was reportedly an electrician for a while and married his Arab-born wife in 1998. Her name is Mokhtaria and the couple have three children together.

Izzadeen’s hobbies include kung fu, working out at the gym and spending time at the mosque.

Read more about the attack in Spanish at AhoraMismo.com: 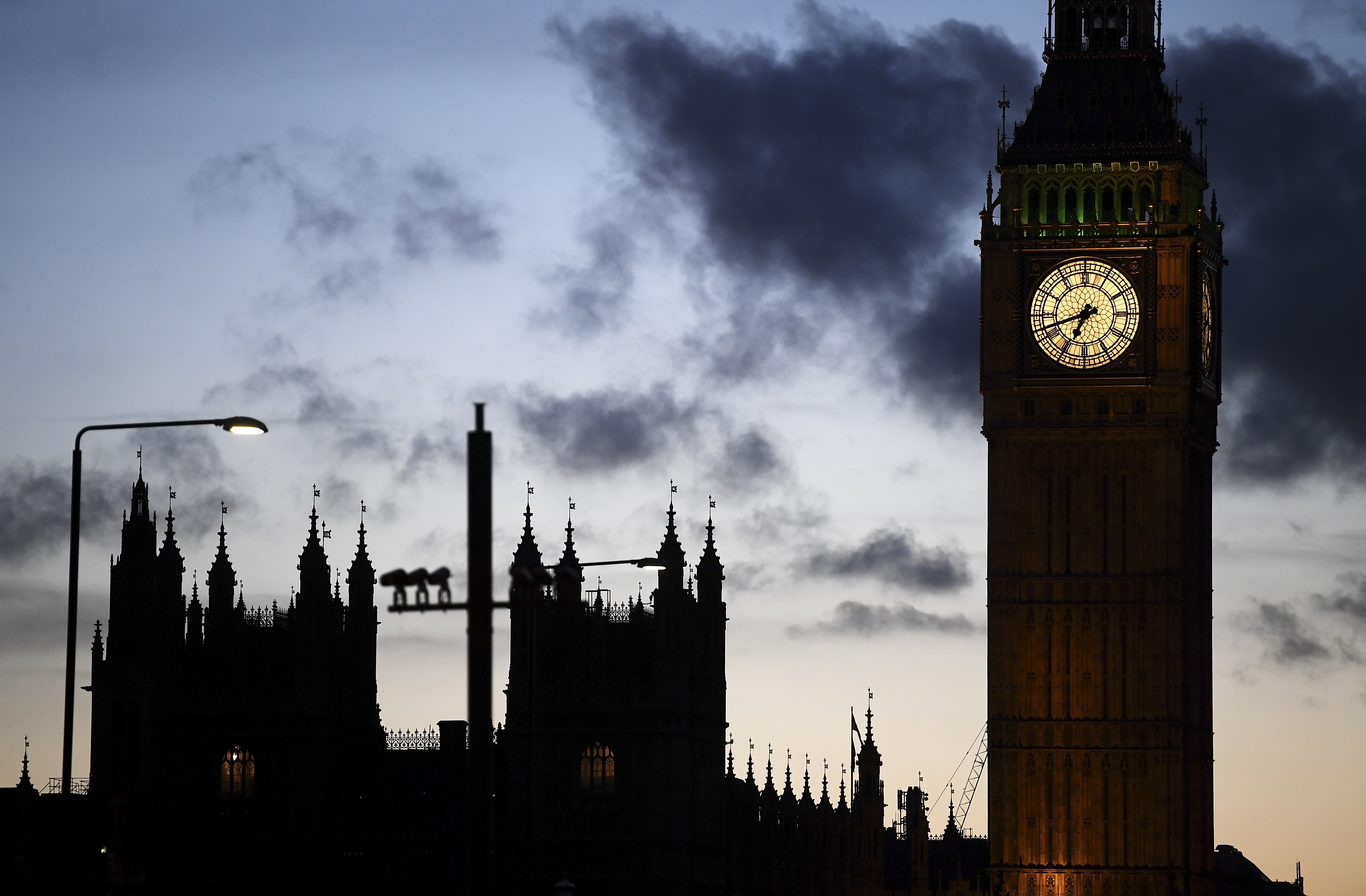 Loading more stories
wpDiscuz
8
0
Would love your thoughts, please comment.x
()
x
| Reply
Abu Izzadeen (Trevor Brooks) was falsely identified as the suspect in the terror attack on the Westminster Bridge and UK Parliament in London. He is in jail.