Happy first day of spring 2017! Also known as the spring equinox or vernal equinox, today the sun shines directly on the equator and the length of day and night is nearly the same. For 2017, the spring equinox occurs at 6:29 a.m. EDT in the northern hemisphere. At this time, the sun will cross directly over the earth’s equator.

Learn more about history and origins of the spring equinox below.

1. It Is 1 of 4 Seasonal Astronomical Events

The spring equinox is one of the few times the alignment of celestial bodies has an effect for on life on Earth: https://t.co/IL3C1paEJu pic.twitter.com/LKgtirF4z3

The spring equinox lands on either March 20 or 21 every year in the northern hemisphere. It is one of the four seasonal astronomical events that impacts earth. The other three are the summer solstice, the autumnal equinox, and the winter solstice.

There’s also something called an “equilux,” which means “equal light” in Latin. The spring equilux occurs about four days before the spring equinox, which means it occurred on March 17. According to the Pine River Observatory, an equilux is “the day that has equal hours and minutes of sun above and below the horizon.”

Happy Winter Solstice!! Have no clue what that means? Let NASA help you understand it all better…..slowly more daylight for Canada :) pic.twitter.com/m6cBxpjevg

Equinoxes are different than solstices. Solstices occur in the summer and winter. When the earth rotates on its axis, it reaches the point of maximum tilt, either when the northern hemisphere is the most tilted away from the sun, winter, or when it is tilted toward the sun, summer.

For inhabitants of the northern hemisphere, the winter solstice process becomes most noticeable around December 1 when the sun appears to “move” south and get smaller. By the day of the actual winter solstice, the sun has reached its lowest point in the sky at -25.5°. Once it has reached this lowest point, an interesting thing happens: the sun appears to stop moving south for three days. After this, the sun moves 1° north, announcing the coming of spring. It will continue to move northward until the summer solstice, when it reaches its highest point.

2. It Is a Holiday Celebrated by Pagans

Arthur Uther Pendragon, a druid, waits for the sun to rise as he celebrates the spring equinox at Stonehenge on March 20 2009 near Amesbury, Wiltshire, England. (Matt Cardy/Getty Images)

There was a lot of religious mysticism involved with spring equinox in the ancient world that has entered into the modern world with holidays all sharing similar themes. The most common theme associated with the spring equinox is rebirth and renewal.

The death and resurrection of a god is a common motif, first celebrated by pagans. However, ancient people didn’t practice “paganism”; the term was coined in the 19th century as a catchall for non-Christian, early European religions, according to Dictionary.com.

Ancient gods and goddesses that die and resurrect in the spring season include Baal, Melqart, Adonis, Tammuz, Dionysus, Ishtar, Persephone, and Bari.

A modern god that is celebrated for death and resurrection during this time is Jesus Christ.

Nowadays, Christians celebrate Easter, Hindus celebrate Holi, and Persians celebrate Nowruz in the spring. All of these celebrations are viewed as a time of transition and new beginnings.

4. It’s the Autumnal Equinox in the Southern Hemisphere

A general view of the Sydney Opera House from the Sydney Harbour Bridge at night prior to the start of Athens 2004 Olympic Torch Relay June 2, 2004 in Sydney, Australia. (Todd Warshaw/Getty Images)

This means that as the northern hemisphere progresses into summer, continents like Australia and South America will begin to transition into winter.

Because of this, the vernal equinox is sometimes referred to the as the “March equinox” when speaking globally.

While the official first day of spring is related to when the equinox occurs, it might not feel like spring right away—especially for northern latitude countries like the U.S.A. and Canada. That’s because spring weather varies with climate and how far you are away from the equator. 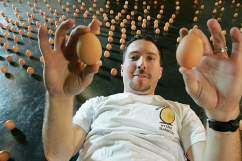 Can You Balance an Egg on Its End During the Spring Equinox 2017? 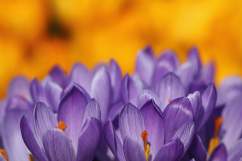 What Time Is the Spring Equinox 2017?

Read more about the first day of Spring in Spanish at AhoraMismo.com: 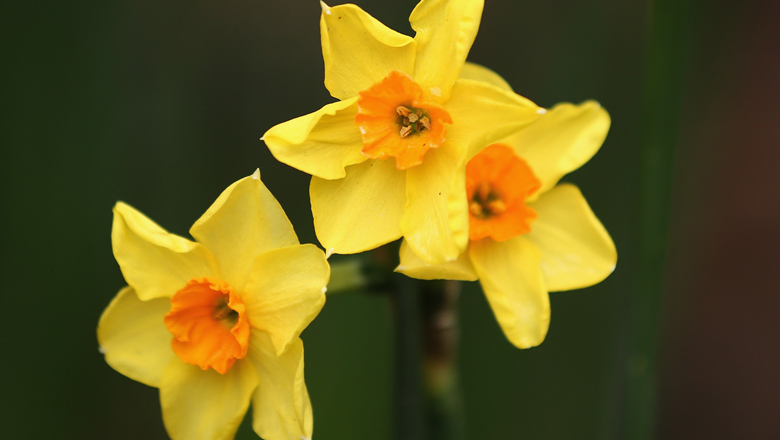 Loading more stories
wpDiscuz
1
0
Would love your thoughts, please comment.x
()
x
| Reply
Happy first day of spring 2017! Also known as the spring equinox or vernal equinox, today the sun shines directly on the equator and the length of day and night is nearly the same.