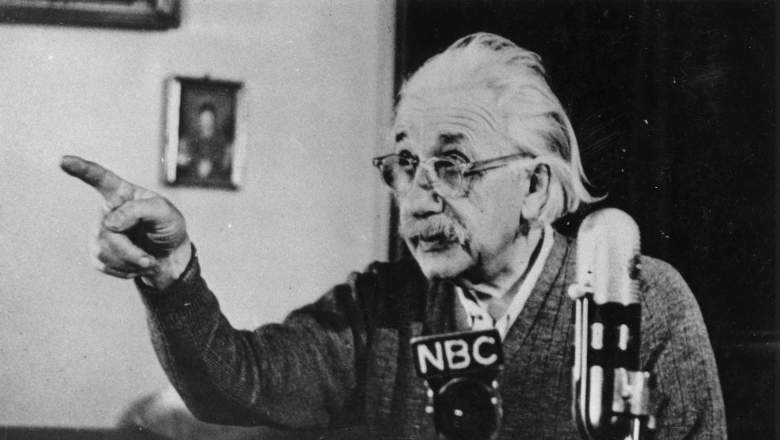 Today is Pi Day! No, it’s not a day to celebrate pies. You already missed National Pie Day on January 23. March 14, 2017 is a holiday to celebrate the mathematical constant Pi, represented by the Greek letter π. The first three digits are 3.14, just like today’s date.

The one little symbol represents the ratio of a circle’s circumference to its diameter. It is an irrational number, meaning that it can never be put in an exact fraction and never really ends.

Pi Day was created in 1988 by physicist Larry Shaw. It’s since become an international day, celebrated around the world.

March 14 is also Albert Einstein’s birthday. Here’s a look at the special holiday.

1. It Marks the 138th Anniversary of Albert Einstein’s Birth

Einstein didn’t have anything to do with the discovery of Pi. During his life, he published hundreds of scientific papers, but remains best known for the formula E = mc2. In 1921, he received the Nobel Prize in Physics, specifically for his discovery of the law of the Photoelectric Effect.

In a 2012 interview with Gourmet, Pi Day creator Larry Shaw said the fact that Einstein’s birthday is also March 14 didn’t even occur to him when the holiday was born in 1988.

“We didn’t know until my daughter Sara Shaw was doing a school report on Einstein, and she
said, ‘Hey, Dad, Pi Day is Einstein’s Birthday,'” Shaw recalled. “The connection enhances the dimensions of the celebration.”

The earliest known use of the Greek letter π to represent the ratio of a circle’s circumference to its diameter in formulas was in 1706. William Jones, a Welsh mathematician, used it in his Synopsis Palmariorum Matheseos; or, a New Introduction to the Mathematics. However, Jones credits John Manchin for his work on Pi. Manchin, who lived from 1686 to 1751, created a converging series for Pi that allowed him to calculate then umber to 100 decimal points. So, there’s some speculation that Manchin also used the Greek letter.

According to Jorg Arndt and Christoph Haenel’s book Pi Unleashed, use of the Greek letter didn’t really catch on until 1736 when Leonhard Euler began using it. He also used it in his popular 1748 work Introductio in analysin infinitorum. Prior to Euler, “c” or “p” was used for Pi instead.

Long before these mathematicians came around in the 1700s though, ancient mathematicians in other civilizations created approximations for π. In India during the 4th century B.C, π was approximated as 3.139 or 3.1622.

As PiDay.org notes, mathematicians have always noted that a circle’s circumference is almost always three times its diameter. In 1 Kings 7:23, the Bible referred to a circular pool that was 30 cubits around and 10 cubits across. 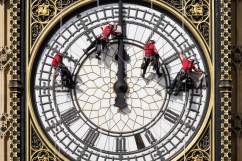 Pi Day was officially recognized in a House of Representatives resolution in March 2009, just days before Pi Day that year. The measure was introduced by Bart Gordon, who represented Tennessee’s sixth Congressional District from 1985 to 2011.

The goal of the resolution was to also promote science education in among children in the U.S. by encouraging “schools and educators to observe the day with appropriate activities that teach students about Pi and engage them about the study of mathematics.” It also recognized the importance of the National Science Foundation‘s programs on science and math.

Utah Congressman Jason Chaffetz, who is still in Congress, voted against the resolution, joking on Twitter that it “should go on forever.” In a Science Magazine interview though, Chaffetz explained that he thought it was “a state responsibility” to celebrate Pi Day.

In 1897, Indiana state legislators infamously tried to pass House Bill No. 246, which insisted that π equal 3.2, even though that’s incorrect. The bill hoped to introduce a “new mathematical truth.” Here’s how Section 2 reads:

It is impossible to compute the area of a circle on the diameter as the linear unit without trespassing upon the area outside of the circle to the extent of including one-fifth more area than is contained within the circle’s circumference, because the square on the diameter produces the side of a square which equals nine when the arc of ninety degrees equals eight. By taking the quadrant of the circle’s circumference for the linear unit, we fulfill the requirements of both quadrature and rectification of the circle’s circumference. Furthermore, it has revealed the ratio of the chord and arc of ninety degrees, which is as seven to eight, and also the ratio of the diagonal and one side of a square which is as ten to seven, disclosing the fourth important fact, that the ratio of the diameter and circumference is as five-fourths to four; and because of these facts and the further fact that the rule in present use fails to work both ways mathematically, it should be discarded as wholly wanting and misleading in its practical applications.

As Wired pointed out in 2008, the bill was not passed after Purdue mathematics professor C.A. Waldo explained to the politicians how math works.

NumberWorld.org showed that it is possible to get to 12.1 trillion digits of Pi.

For most of us though, it’s OK to just use 3.14159. As Smithsonian Mag notes, Chao Lu couldn’t just stop there. The Chinese graduate student set a world record for reciting 67,980 digits of pi in 24 hours and four minutes. No more that 15 seconds could be between each letter.

In interview with the Pi World Ranking List, Chao said that he didn’t take any breaks because of the rules set by the Guinness World Records. He said it took him a year to memorize all the digits.

“It is based on many traditional techniques of memorizing. I just did some improvement,” he said when asked how he could have memorized all those digits. “It is difficult for me to explain it in English because of my poor English. And it has some relationship with Chinese language. I haven’t given it a special name yet. And now I am going to publish a book to fully explain it. I can send you a copy when the book is finished if you like. but I am sorry to say that it was written in Chinese. And the main purpose of the book is to teach students how to memorize efficiently on their study, not only on numbers.”

Although Pi (and Pie) has been around for hundreds of years, it wasn’t until 1988 that Larry Shaw celebrated the first official Pi Day at the San Francisco Exploratorium. As SFGate.com reported in 2009, the physicist thought it would be a fun celebration, which has now become an international event. Shaw even earned the nickname “Prince of Pi” from his colleagues.

“The original impulse came from an evening-long conversation in 1983, with a brilliant musician/mathematician friend, Jim Horton. We thought that the mysterious irrationality of pi should be celebrated by some place, to experience and contemplate this multidimensional mystery,” Shaw explained to Gourmey in 2012. “A ‘shrine’ to pi! This became a real project with members of the staff of the Exploratorium after the first all-staff retreat in 1988. The Brass Pi Shrine is the outcome, and we celebrated the first Pi Day on March 14, 1988.”

Pi Day has become so popular that you can buy Pi Day shirts and mugs. 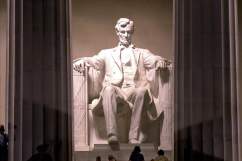 Loading more stories
wpDiscuz
0
0
Would love your thoughts, please comment.x
()
x
| Reply
Today is Pi Day, celebrating the ratio of a circle's circumference to its diameter, as well as Albert Einstein's birthday. Here's a look at the holiday.