A Los Angeles County police scanner picked up reports that the home of Kim Kardashian may have been the victim of a SWATTING prank call. A follow-up tweet from the Southern California police scanner confirmed the prank, reading, “Caller disconnected as officers entered house. Appears Kim Kardashian home is victim of SWATTING call. Officers did breach door to enter.”

What’s SWATTING? According to Urban Dictionary, SWATTING is:

A goal achieved by hacking where the hacker tricks 911 systems into deploying SWAT to an unsuspecting victim’s home under false pretenses.

It isn’t the first time the Kardashians have been SWATTed. In January 2013, police swarmed Bruce and Kris Jenner’s Calabasas, California after receiving a prank call about a shooting at the Kardashian mansion, reports the Huffington Post.

These prank calls are NOT funny! People can get arrested for this! I hope they find out who is behind this. Its dangerous & not a joke!

Online streamers are commonly the victims of SWATTINGs because the prank can be viewed live by the person who phoned in the prank. Here is a video of the “Top 10 Gamers Swatted On Live Stream.”

However, SWATTING isn’t an innocent prank. Multiple people have been injured in SWATTINGs. In one instance, police took aim at an entire family after it was reported that a woman had been taken hostage by an active shooter in St. Cloud Minnesota. USA Today reports that Josh Peters, who was in the middle of hosting an online stream of “Clash of Clans,” was the target of the prank. 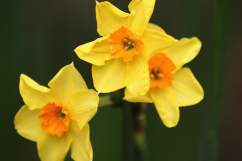