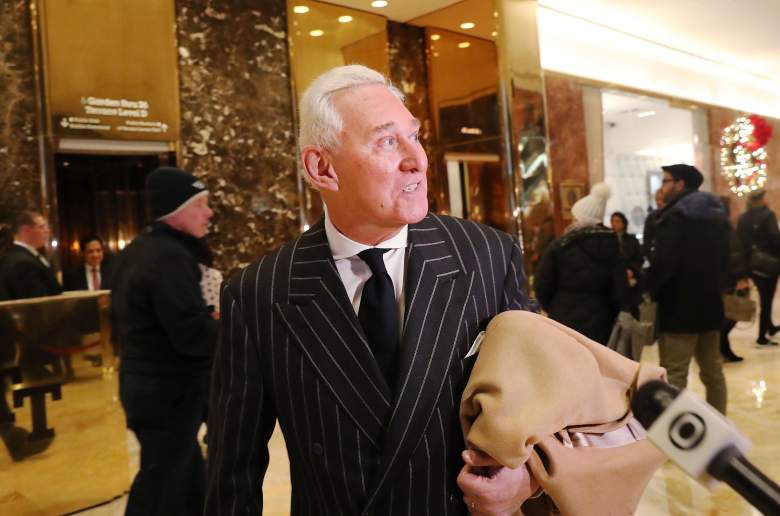 Roger Stone is a political consultant who worked with Paul Manafort and was a member of President Donald Trump‘s campaign. Although he left the campaign in a formal capacity in August 2015, he continues to be a Trump associate, even going to Trump Tower during the transition period.

Stone jumped back into the news last week, by confirming that he communicated with Guccifer 2.0, the hacktivist who claimed to be behind the hacking of the Democratic National Committee. Stone previously wrote on Brietbart that Guccifer was behind the DNC hack, not the Russians. Now, the Senate intelligence committee wants Stone to keep documents that might be linked to an investigation into Russia’s interference with the 2016 presidential election.

Stone is currently married to his second wife, Nydia Bertran. He was previously married to Ann Stone from 1974 to 1990. He has two children. According to a 2008 New Yorker profile on Stone, Nydia’s father was a Cuban diplomat before Fidel Castro took power.

Here’s what you need to know about Stone.

1. Stone Said he Had ‘Completely Innocuous’ Communication With Guccifer 2.0 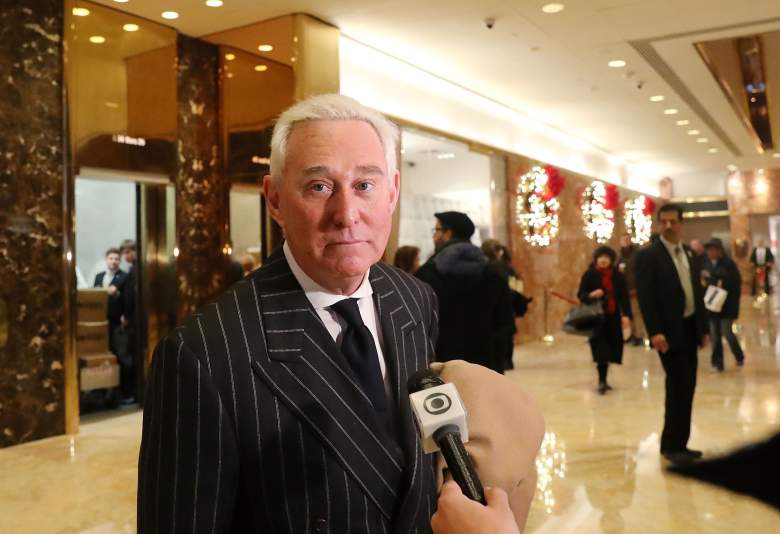 On March 10, the 64-year-old Stone confirmed to the Washington Times that he had “completely innocuous” communication with Guccifer 2.0, the “hacktivist” who took credit for hacking the DNC, on Twitter. “It was so perfunctory, brief and banal I had forgotten it,” Stone told the Washington Times.

Guccifer, who claims to be Romanian, says he was behind the DNC hack, not the Russians, as experts have said. He took credit on July 15. On August 5, 2016, Stone wrote a column on Brietbart, telling Hillary Clinton to stop blaming Russia. On August 14, Stone wrote that he was “delighted” to see Guccifer’s Twitter account revived.

“I have some news for Hillary and Democrats—I think I’ve got the real culprit,” Stone wrote on Brietbart. “It doesn’t seem to be the Russians that hacked the DNC, but instead a hacker who goes by the name of Guccifer 2.0.”

“I myself had no contacts or communications with the Russian State, Russian Intelligence or anyone fronting for them or acting as intermediaries for them,” Stone told the Washington Times on March 10. “Even if [Guccifer 2.0] is/was a Russian asset, my brief Aug. 14 correspondence with him on twitter comes AFTER I wrote about his role in the DNC hacks (Aug 5) and AFTER Wikileaks released the DNC material. How does one collaborate on a matter after the fact?”

Stone also reiterated to the New York Times that his contact with Gussifer via Twitter private messaging was “innocuous.” “You would need a time machine in order to collude, and, as I said yesterday, Putin has not yet perfected a time machine,” Stone said.

“This is a witch hunt,” Stone told the New York Times of the ongoing investigation into possible ties between Russia and Trump. “It’s the worst form of McCarthyism. Seems as if you’re not for nuclear war with the Russians over Syria, then you must be a traitor.” 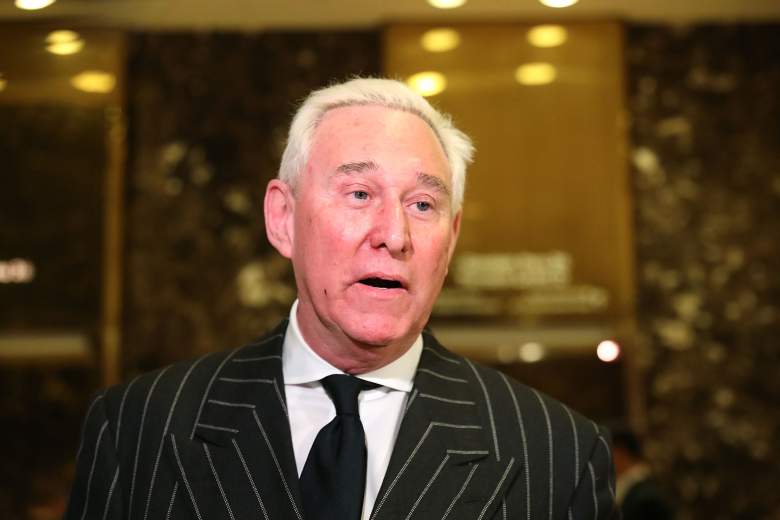 “I’m worried we’re going to a place I don’t want to go, which is commenting on any particular person,” Comey told Schiff. “I don’t think I should comment.”

During the hearing, Stone tweeted that he wanted his own opportunity to answer questions about “alleged ‘Collusion with Russians.'”

Before the hearing, Stone confirmed to CBS News that the Senate Intelligence Committee has asked him to keep any documents that could be related to the Trump-Russia investigation. He also said he would gladly publicly testify before Congress because neither he nor Trump “have anything to fear in a fair, balanced inquiry.”

In January, Stone told Alex Jones he was poisoned and survived an assassination attempt.

Yes, I believe I was poisoned to stop me from exposing the “Russian Hacking” LIE b4 the Congressional Investigation @StoneColdTruth

“I’ll never figure out who tried to poison me,” Stone told Time Magazine in February. “Let’s face it: there would be too many suspects. But the Senate Intelligence Committee was going to have hearings. I could see why some people might not want me to do so. You know, you bump off Stone, make it look like the Russians did it: ‘Wow, the Russians killed their agent because he was going to spill his guts in Congress.’ Just a theory. The Deep State moves in strange ways.” 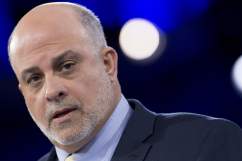 3. Stone Tweeted That He Had a ‘Perfectly Legal Back Channel’ to Wikileaks Founder Julian Assange

During a series of tweets initially supporting Trump’s unproven claims that his predecessor wiretapped Trump Tower during the 2016 campaign, Stone appeared to confirm that he had communication with Wikileaks founder Julian Assange. Wikileaks posted many of the emails hacked from the DNC and Hillary Clinton campaign chairman John Podesta during the campaign.

As The Guardian reported, Stone got into a Twitter argument with a Twitter user who criticized him. At one point, Stone wrote that he “never denied perfectly legal back channel to Assange who indeed had the goods on #CrookedHillary.” Stone later deleted that tweet.

Seems Mr. Stone is under the impression that calling me a "stupid bitch" nullifies what I said. It actually just raises suspicion about him. pic.twitter.com/oFht3f4EVd

In a previous CBS Miami interview, Stone admitted to “back channel” communication with Assange. He said he has a “good mutual friend” with Assange. Stone still denied knowing about the hacked Podesta emails in advance and having anything to do with their release. Stone also told CBS Miami that he “doubts” the Russians were involved in the hacking.

Despite the “back-channel” communication, Stone told CBS News on March 3 that he had no “direct conversations” with Assange. “Communication takes many forms, never had any direct conversations with him, nor did I have advance knowledge of either the matter of his subsequent disclosures, or who he did or did not hack,” Stone claimed.

4. Stone Was the Campaign Manager for Kristin Davis, Who Was Involved in the Eliot Spitzer Prostitution Scandal

Stone has been active in politics since the 1970s, working in the Nixon Administration, then joining future President Ronald Reagan’s 1976 presidential campaign. One of Stone’s high-profile political projects before working for Trump came in 2010 when he was the campaign manager for Kristin Davis, who became famous for running a high-end prostitution service disgraced New York Governor Eliot Spitzer used.

In 2010, Davis ran for Governor of New York as a member of the Libertarian Party. (In 2013, Davis’ campaign for New York City Comptroller ended when she was arrested for dealing prescription drugs.) Stone insisted that their campaign was not meant to be a joke.

“This is not a hoax, a prank or a publicity stunt,” Stone told the New York Daily News in 2010. “I want to get her a half-million votes.”

“Unlike other candidates, she has nothing to hide,” Stone said, denying that “I’m some kind of puppeteer here. She’s her own person. She argues with me all the time. And, usually, she wins.”

It was later revealed that Stone was also supporting Carl Paladino, who was running for the Republican nomination. The New York Times discovered that his longtime assistant was working as Paladino’s scheduler and Paladino hired his campaign manager based on Stone’s recommendation. Stone didn’t think this was a conflict of interest.

“It’s pretty simple; I made an antecedent commitment to help Kristin Davis, but she’s a protest candidate,” Stone told the New York Times in 2010. “Paladino on the other hand has a chance to be elected governor, and I’d like to see him win. I support him, and I make no bones about that.”

Paladino ended up losing in a landslide to current New York Governor Andrew Cuomo. As for Davis, she ended up skipping the Libertarian convention and ran as a member of the Anti-Prohibition Party as a write-in candidate.

5. Stone Was Banned From Appearing on CNN After Calling Ana Navarro an ‘Entitled Diva’

REASON IS TREASON? Ft. Roger Stone, Former Trump AdviserThe Kremlin-baiting in Washington has once again reached the scale where mere contact with the Russians is viewed as a shameful, if not treasonous act. While the narrative is primarily driven by the Democrats, the question is, does the Trump administration allow itself to be cowed by it? Write to Worlds Apart! worldsapart [at] rttv.ru…2017-03-09T10:50:04.000Z

Early last year, CNN and MSNBC both banned Stone from appearing on the network. CNN eventually kicked him off in February 2016 after calling Ana Navarro an “entitled diva b***h” on Twitter. In April 2016, Media Matters noticed that MSNBC edited out Stone from an episode of With All Due Respect with John Heilemann and Mark Halperin. During the campaign, the show first aired on Bloomberg TV and then was repeated on MSNBC.

Media Matters, a liberal website, posted a list of other insults Stone tweeted, directed at CNN, MSNBC and even Fox News anchors.

Getting knocked off CNN and MSNBC doesn’t mean that Stone is without a voice though. He has a radio show called Stone Cold Truth, an online TV show called StoneZone and has appeared on Alex Jones’ radio show regularly. He’s also a best-selling author with books like The Making of the President 2016: How Donald Trump Orchestrated a Revolution and The Clintons’ War on Women. He also wrote Jeb and the Bush Crime Family. 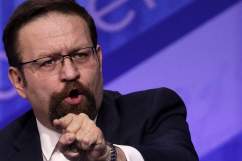 Read More
5 Fast Facts, Donald Trump, Politics
Roger Stone is a conspiracy theorist who was also an adviser for Donald Trump's presidential campaign and admitted to contacts with a Russian hacker.