An arrest has been made in an unsolved 23-year-old homicide case in Jacksonville Beach, Florida.

The Columbia County Sheriff’s Department held a press conference March 7 to announce the arrest of Ronald “Ronnie” Hyde, 60, following an FBI raid on his home earlier in the day.

Ronnie Leon Hyde has been booked into the Duval County jail. He is due in court tomorrow afternoon.@wjxt4 pic.twitter.com/MGSuYHW0ug

Hyde was arrested and charged in the murder of Fred Paul Laster. The case had been under investigation since it occurred in 1994, but the body remained unidentified until 2015. It was then that officials received a call from a family of a man that had been missing for over 20 years, and Laster was positively identified as the victim in the case with DNA samples from the family in February 2016.

Here’s what you need to know about Hyde and the case:

1. Hyde’s Arrest is Reportedly In Relation to a 1994 Murder

PLEASE RT: FBI wants to hear from people who had contact with Ronnie Hyde over the years – https://t.co/NLck4TlHO9 pic.twitter.com/OB9s4VtJtT

A woman walking her dog near the business located the body and asked an employee at the BP if they happened to throw away a mannequin, or if it was a body. The employee said the body’s legs and arms were cut off. Investigators found a garbage bag full of clothes inside the dumpster.

The victim was identified 22-years later as Fred Paul Laster, who was 16-years old when his body was found by the dumpster. He was from Nassau, Florida and went missing in 1994.

Please RT and share this bulletin if you or someone you know had contact with Ronnie Hyde over the years @jaxdotcom pic.twitter.com/FwwYKA4cod

Investigators confirmed at the afternoon press conference that Hyde is a registered mental health counselor.

According to his Facebook, Hyde wrote that he works at Crosswater Community Church in Ponte Vedra Beach. However, the pastor at the church said Hyde isn’t on staff and it’s currently unknown if he volunteered there. Pastor Jack Millwood gave a statement to Shelby Danielsen of First Coast News WTLV/WJXX, asking those who potentially had contact with Hyde to come forward to law enforcement and call the FBI’s Jacksonville Field Office at (904) 248-7000.

Hyde’s LinkedIn page says that he is an owner-therapist of LMHC “Let’s Talk!” He wrote that at the facility he provides a “wide range of mental health services to the public, including marriage/family counseling, individual counseling for adults, addictions treatment” and more.

Prior to that, he reportedly worked as a therapist for Lakeview Health for about one year, where he provided inpatient drug treatment for adults.

From 1999-2000, Hyde developed a program called “Keeping Kids Safe,” his LinkedIn page said. He provided group therapy to adult and teen sex offenders and taught parents, schools, businesses and law enforcement how to protect kids from being abducted. 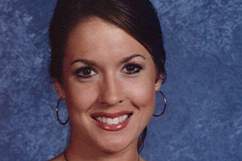 The FBI had an extensive search of a home in Jacksonville Beach beginning at around 7 a.m. EST on March 7. The home was positively identified as Hydes. Hazmat suits were worn on the scene by responding officials, and neighbors could see agents sorting through boxes by the home and taking out things such as CDs and DVDs.

Later in the day during the search, officials were seen digging in the backyard of the home.

Picture from a neighbor in Jacksonville Beach shows #FBI digging in backyard of home where search warrant served. pic.twitter.com/Y5jH2gLMLI

The extensive search by the FBI occurred after Hyde’s arrest and is still ongoing, an FBI investigator said during a press conference.

The FBI also said more than one search is ongoing at different locations and will continue as long as all evidence is obtained. Shortly after the press conference, it was reported that another house has been barricaded and searched by police.

Police said during the press conference that it’s currently unknown if the alleged murder is serial in nature.

4. The FBI Is Asking Those With Contact With Hyde to Come Forward

Because of his occupation and extensive access to children, the FBI hinted that Hyde may have had relations with more than just Laster.

The FBI confirmed that Hyde was a suspect in a past international child exploitation case.

An official from the FBI asked the public for help in the case during the press conference, saying that Hyde has had a potential for preying on children. He asked those who may have been victimized by Hyde to come forward and contact the FBI. A flyer was released at the press conference saying that Hyde has maintained his residence in Jacksonville since he was born, but traveled extensively around the country.

5. Neighbors Say the House Appeared to be Abandoned

Here's a picture of the agents raiding this home on 4th Ave and 9th St. @ActionNewsJax pic.twitter.com/dCnGuq2qIq

Neighbors of Hyde said that the home was left vacant for the past year. But News 4 Jacksonville reported that isn’t true, finding a neighbor that said Hyde had boarded up his home and just didn’t take care of it, which is why it looked abandoned.

The same neighbor told the news outlet that he was only seen late night and would only say “hi neighbor” to those around him.