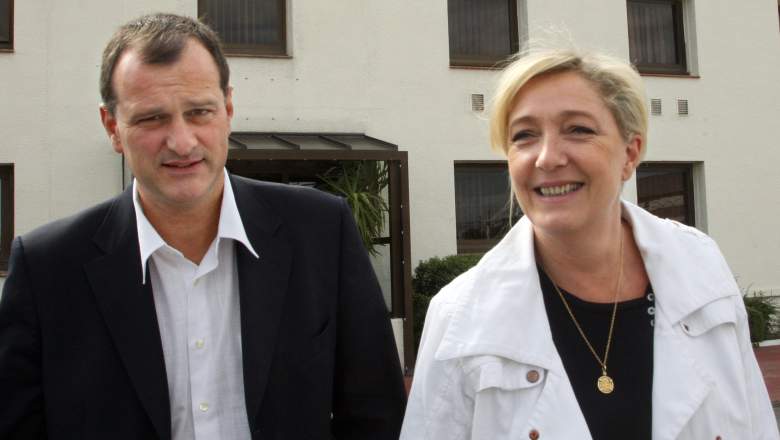 Marine Le Pen, who could become the first female president of France, is currently in a relationship with Louis Aliot, the Vice-President of her far-right Front National party. Le Pen’s main rival in the presidential election on April 23 is centrist Emmanuel Macron

The 48-year-old Le Pen and the 47-year-old Aliot do not have any children together. Le Pen does have three children with her first husband, Frank Chauffroy, and they were married from 1995 to 2000. In 2002, she married Eric Lorio, but their marriage ended in 2006.

Gala reports that Aliot is a divorced father of two.

Here’s what you need to know about Aliot. 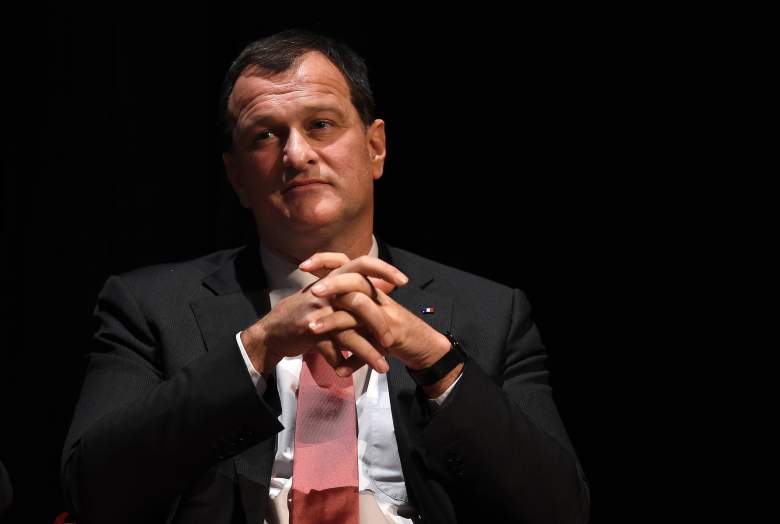 In 2010, L’Independent in Millas, a city near the French Mediterranean coast, Le Pen and Aliot bought a house together. She refused to discuss the details of the purchase.

“The purchase of this house is strictly part of my private life. I will [go there] to spend a few weekends and a few holidays, [but] there is nothing extraordinary and I will not continue to feed any curiosity in this regard,” Le Pen said in 2010, reports L’Independent.

When Le Pen is not in Millas, she lives in Saint-Cloud, a suburb to the west of Paris. According to L’obs, the Le Pen family also has a home in La Trinité-sur-Mer in Morbihan, Brittany.

2. He Says He Won’t Become ‘First Monsieur’ If Le Pen Wins the Election 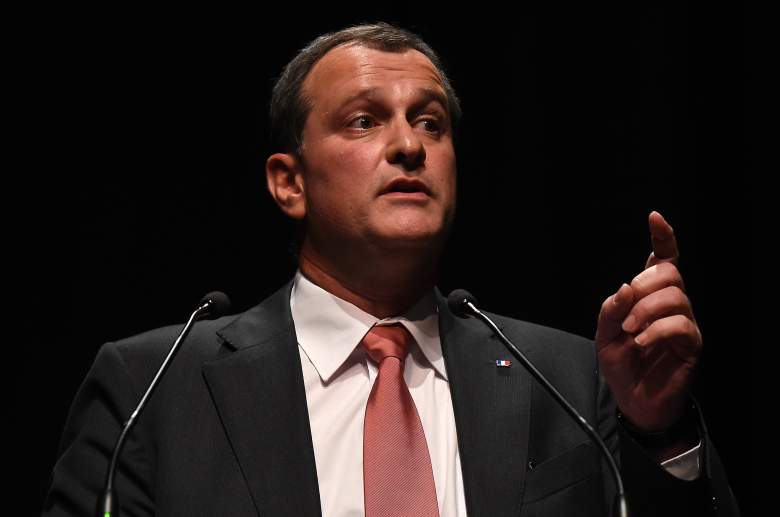 Aliot is in the same situation Bill Clinton was in when Hillary Clinton was running for president. What will Aliot’s role be as the first “First Monsieur” of France? Would people even call him that? In the end, Clinton didn’t have to worry about that, since Hillary Clinton lost to Donald Trump.

According to the U.K. Express, French media has note that Aliot has tried to stay out of the election and has insisted that he will not play a role in his partner’s administration if she wins.

Aliot even said that he will not live in the Elysee Palace, the home of the French President, if Le Pen wins. 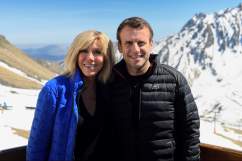 3. Aliot Traveled to Israel During the 2012 Presidential Election to Get Support for Le Pen 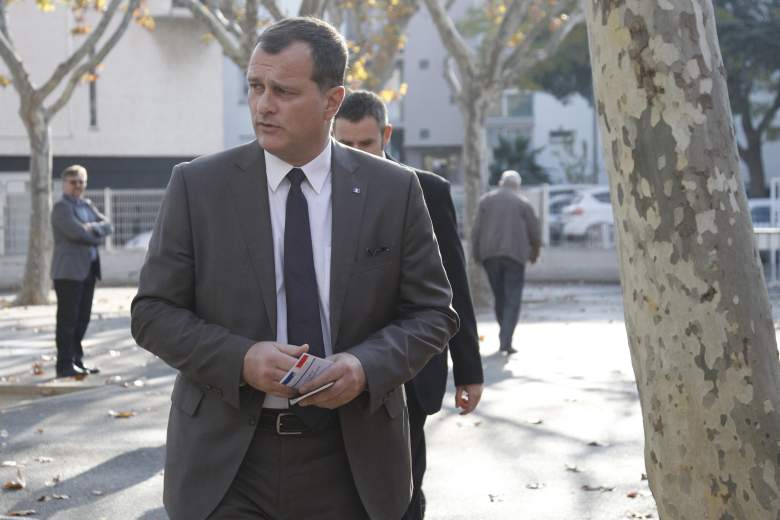 During the previous French Presidential Election in 2012, Aliot was dispatched to Israel in December 2011 to campaign among French voters living there. Of course, the trouble is the National Front has been accused of using anti-Semitc language in the past.

“For us this visit is a precedent,” Aliot told Haaretz during his trip “This is the first time a National Front leader has visited Israel. It’s true that relations were tense for a time, but it’s time to warm up the atmosphere.”

“The Frenchmen we met in Israel all strongly believe that Marine is not the monster they might have thought. They share our stance with regard to immigrants in France,” Aliot told Haaretz in 2011. “By contrast, we have a very balanced position on the peace process, while the French people we met in Jerusalem are far more nationalistic. Sometimes they say things that we can’t say in France.”

Aliot was born in Toulouse to French parents born in Algeria, notes Gala. His maternal grandfather was an Algerian Jew, according to Counter Currents. 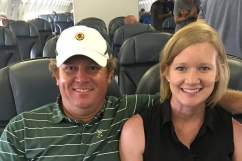 4. He Says That Le Pen’s First 3 Decisions as President Will Center on the EU, Immigration & Economic Policy 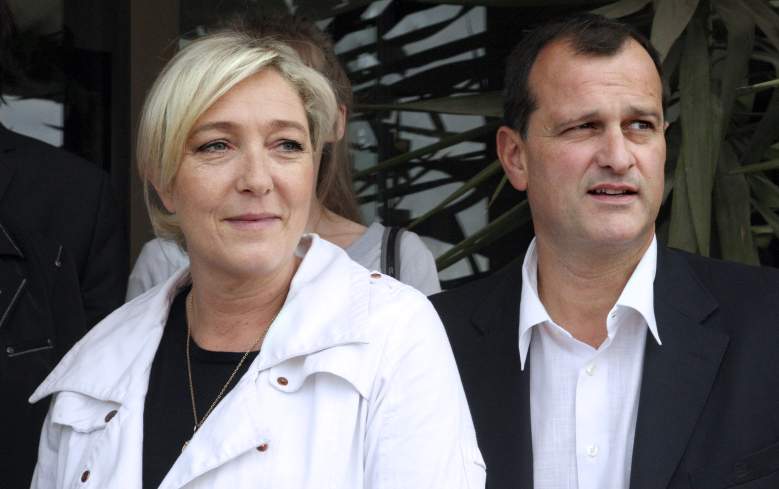 In a January interview with the Confederation of Jews of France and Friends of Israel (CJFAI), Aliot explained what he thinks the first three decisions Le Pen makes as president will concern.

Within the first six months, Le Pen wants to renegotiate European Union treaties. “To implement a patriotic policy, we must regain control of our borders, our national budget and our laws,” Aliot said. As the Guardian notes, Le Pen herself has said that she wants to free France of the “tyrannies” of the EU, globalization and Islamic fundamentalism.

Next, Aliot told CJFAI that Le Pen wants to change economic policies that have “strangled” small businesses. “We will restore a burst of administrative and fiscal freedom to our companies,” he said. “At the same time we will restore the tax exempt hours suppressed by the left at the beginning of the mandate of François Hollande.”

Lastly, Le Pen will make changes to immigration policies and reduce the flow of immigrants into France. Aliot said that one change will be to extend the waiting period to collect social benefits. 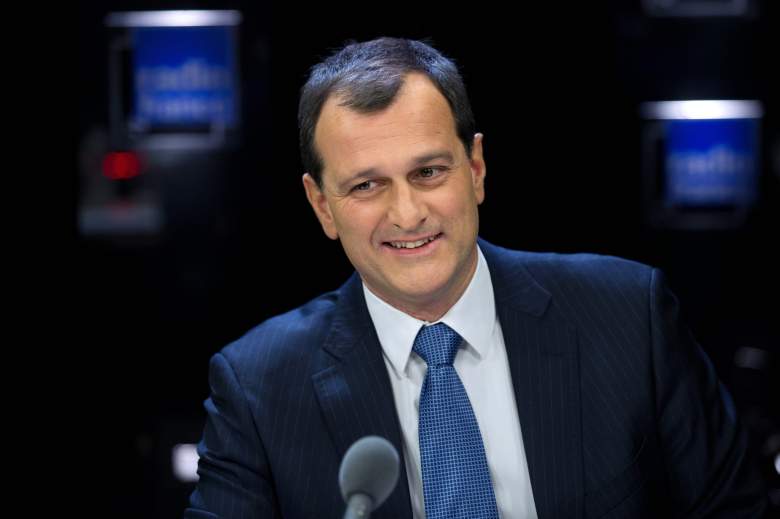 Two members of the National Front were expelled from the party in December 2014 because they tried to pull off an elaborate prank on Aliot. According to The Times, Jean-David Eyquem and Jean-Baptiste Defrance were accused of trying to sabotage a press conference by putting laxatives in Aliot’s wine.

At the time, this was all part of a struggle within the National Front party about its stance on gay rights. For years, the party was against gay marriage, but Le Pen tried to be more welcoming to the gay community by letting GayLib founder Sébastian Chenu join, notes the Daily Mail.

On April 7, The Associated Press reported that there were surprisingly more LGBT voters supporting the National Front, even though the party once infamously said that homosexuality is “a biological and social anomaly.”

Le Pen has worked hard to rebrand the party. Voters will head to the polls on April 23 for the first round, then on May 7, to let her know if that work has paid off.

Loading more stories
wpDiscuz
2
0
Would love your thoughts, please comment.x
()
x
| Reply
Marine Le Pen, who could become the first female French president, is living with her longtime boyfriend Louis Aliot. Here's a look at his life and career.