"Had Andrew Jackson been a little bit later, you wouldn’t have had the Civil War" @realDonaldTrump told @SalenaZito. Full intv at 2pE, Ch124 pic.twitter.com/d7PuRRm7Md

During an interview with the Washington Examiner’s Salena Zito, President Donald Trump sounded as if he believed President Andrew Jackson was still alive during the Civil War. In reality, Jackson died in 1845, 16 years before the war started in 1861.

Trump tried to clear up his comments on Twitter:

President Andrew Jackson, who died 16 years before the Civil War started, saw it coming and was angry. Would never have let it happen! 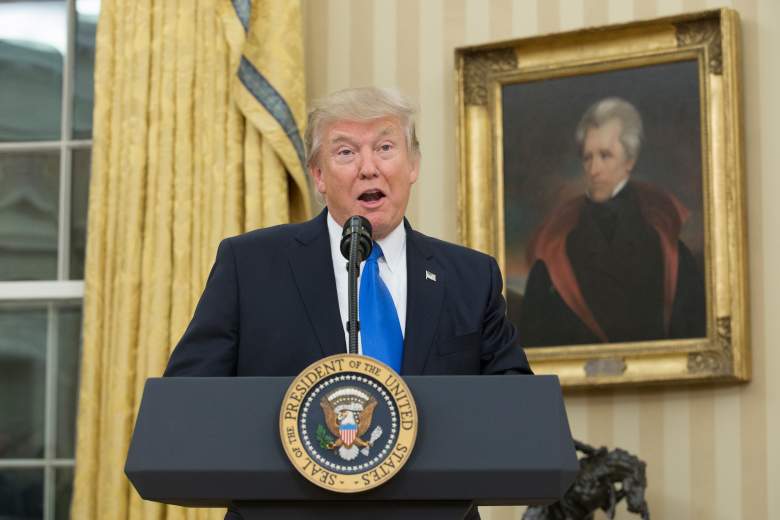 “I mean had Andrew Jackson been a little later you wouldn’t have had the Civil War,” Trump said. “He was a very tough person, but had had a big hear. He was really angry that he saw what was happening with regard to the Civil War, he said, ‘There’s no reason for this.'”

It’s possible that Trump was alluding to events that led up to the Civil War, but many of the important steps – like the Compromise of 1850 and the Fugitive Slave Act – still happened after Jackson died.

Trump then wondered aloud why the Civil War took place at all. “People don’e realize, you know, the Civil War, if you think about it, why? People don’t ask that question, but why was there the Civil War? Why could that one not have been worked out?”

Zito’s interview with Trump was published on April 30, but audio was released by SiriusXM Politics today. Earlier in the interview, Trump described Jackson as a “swashbuckler.” Zito didn’t include any of Trump’s quotes about Jackson. 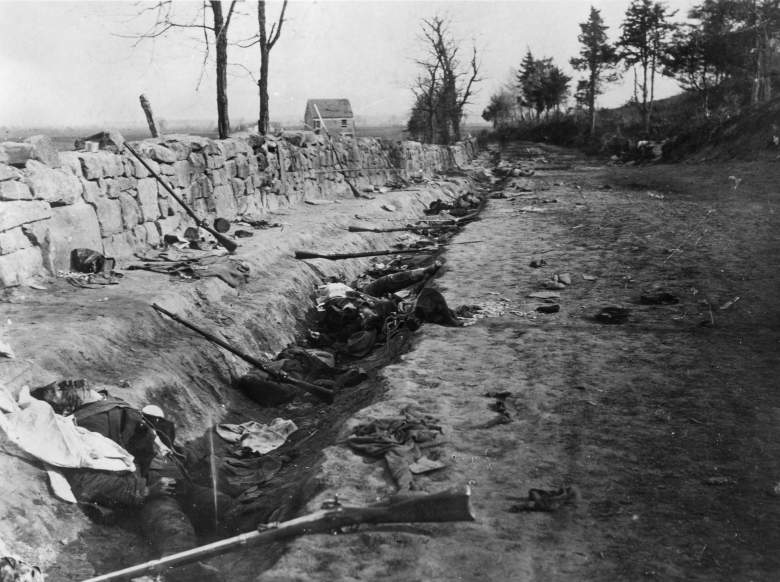 It’s estimated that at least 750,000 soldiers died during the Civil War. (Photo by A J Russell/Getty Images)

The Civil War lasted from 1861 to 1865 and Jackson’s home state of Tennessee was a member of the Confederacy. The war began after Southern slave-holding states began seceding from the Union to preserve slavery. In 2011, researchers estimated that between 750,000 and 850,000 men died during the war.

Jackson himself was a slave owner and lived from 1767 to 1845. He was president for two terms, from 1829 to 1837. In recent years, his reputation has taken a hit among Democrats because of his role in the “Trail of Tears,” which forced Native Americans into the western territories. In fact, Jackson will soon be replaced on the $20 bill by Harriet Tubman.

Trump has repeatedly welcomed comparisons between himself and Jackson as a populist candidate. In March, Trump became the first president to visit Jackson’s grave in Tennessee since President Ronald Reagan.

Trump advisers even told the Daily Beast that it has been Bannon who has pushed Trump into believing that he’s like Jackson.

“As the transition was underway, he would encourage [Trump] to play up the comparison” and that “Trump’s campaign and message was a clear descendant of Jacksonian populism and anti-political elitism,” a senior Trump official told the Daily Beast. The official added that, “[Bannon] is why Trump keeps equating himself with Andrew Jackson. That is the reason why.”

Other sources told the site that Bannon and Stephen Miller put together a “reading list” for Trump to familiarize himself with Jackson.

Back in February, Trump infamously spoke about Frederick Douglass as if he was still alive, even though Douglass lived from 1818 to 1895. “Frederick Douglass is an example of somebody who has done an amazing job and is being recognized more and more, I notice,” Trump said during a Black History Month event. 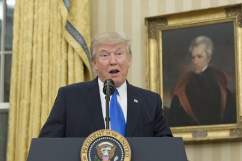 Read More
Donald Trump, Politics
Follow Heavy ↓
During an interview, Donald Trump appeared to suggest that Andrew Jackson was alive during the Civil War and was 'really angry' with what he saw.