A guest reception manager at Mar-a-Lago is reportedly working with President Donald Trump on his foreign trip this week.

BuzzFeed News has reported that Heather Rinkus is helping to prepare Trump for his visit to Taormina, Italy for the G-7 Summit. She reportedly has a White House email and government-issued phone.

So who exactly is Heather Rinkus, the Mar-a-Lago employee who is being scrutinized by the media this week? Here’s what you need to know. 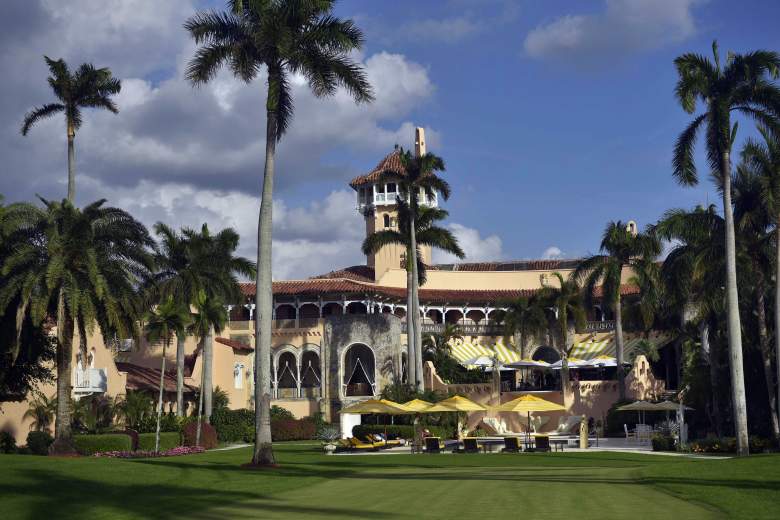 Heather Rinkus has been working for Donald Trump for about two years.

According to Rinkus’ LinkedIn page, she began working as a guest reception manager at Mar-a-Lago, Donald Trump’s luxury resort in Florida, in July 2015. She joined not long after Trump began running for president.

She characterizes her job as “Reservation and Reception Manager.”

BuzzFeed reports that Rinkus is such a familiar figure to those who go to Mar-a-Lago that she is sometimes called the club’s “house mother.” She is reportedly in line to become the managing director of Mar-a-Lago sometime down the line. Rinkus also works as a consultant for HLR Consulting LLC, according to her LinkedIn page.

Trump is known to reward people who have worked for him and been loyal; in an unusual move, when he became president, he kept on his personal bodyguard, Keith Schiller, in addition to having Secret Service protection.

2. She Previously Worked for a Company Owned by the DeVos Family 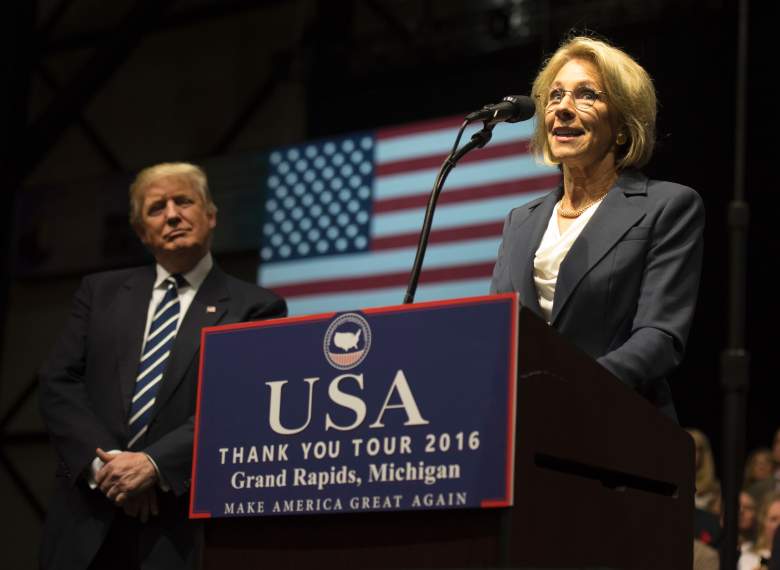 Trump with Betsy DeVos in Michigan on December 9. (Getty)

Before coming to work for Mar-a-Lago, Heather Rinkus was a front desk supervisor at Amway Hotel Corporation from February 2001 to January 2007, according to her LinkedIn page.

Amway Hotel Corporation is a subsidiary of Alticor, which is run by the family of Betsy DeVos, Donald Trump’s secretary of education.

On her LinkedIn, Rinkus says that at Amway, she performed “all duties of the front office including supervision of employees, scheduling, customer service, phone switchboard, balancing cash drawer, and business office.”

BuzzFeed reported that part of the reason Heather was able to get her job at Mar-a-Lago was because of her previous experience with the DeVos family.

“The guest manager position at the exclusive club was tough to get, but Ari Rinkus, according to three sources, said his wife had a leg up because she had worked for the DeVos family company,” BuzzFeed reported.

Heather Rinkus does not have any government experience.

3. She Is Married to a Twice-Convicted Felon

Trump Rally in Miami last night! So proud to work for him and with this team ??#TeamMaraLago #deplorables #MAGA pic.twitter.com/IJfA4aZ5tf

Heather Rinkus’ husband is Ari Rinkus, who is a twice-convicted felon.

Ari Rinkus is currently out of prison but is still on probation for the wire fraud conviction. He has reportedly bragged about the fact that he is close to Donald Trump due to his wife’s position, BuzzFeed reports.

“Ari, a stocky former used car salesman, frequently holds court over a vodka soda at a local bar, bragging about his and his wife’s connection to Trump and his team while trolling for investors for business deals he’s peddling,” according to the BuzzFeed report.

For instance, the CEO of a blinds company contacted BuzzFeed to say that Rinkus presented himself as being well-connected to the Trump family, saying he would be able to get the company’s blinds installed in Trump Tower.

4. She Is Now Reportedly Working For Trump on His Foreign Trip

Heather Rinkus is reportedly working for Donald Trump on his foreign trip this week. (Facebook/Heather Rinkus)

BuzzFeed News is now reporting that Heather Rinkus is working with President Donald Trump on his foreign trip.

Rinkus is reportedly a part of Trump’s advance and logistics team, and she has been given a government-issued blackberry and email address to use. It’s not clear if she is being paid by the government or by Mar-a-Lago, nor is it known if she has resigned from her position at the Florida resort. She is reportedly helping Trump prepare for the G-7 Summit.

The White House never made any sort of official announcement about Heather Rinkus joining the administration, and they have not since said anything about what her role is.

Rinkus is clearly a fan of Donald Trump and his politics. On Facebook, her banner image is a picture of Donald Trump at the Republican National Convention, and everything she has posted on her personal Twitter account has to do with the Trump campaign.

We will win, we will win and we will WIN! Mr Trump for president! #TrumpTrain #Trump2016???????@DanScavino pic.twitter.com/ZJdBXNL6cH

5. Trump Has Been Criticized For His Continued Relationship With Mar-a-Lago 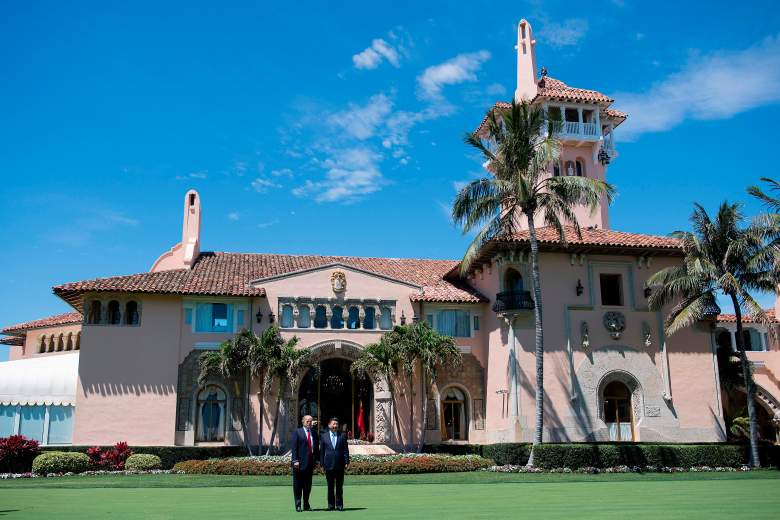 President Trump has been criticized for the relationship he has had with Mar-a-Lago during his time as president, with some accusing the president of using his power in order to promote his own private business and enrich his family.

Trump frequently works out of Mar-a-Lago, which the administration has referred to as the “Winter White House.”