Jean-Michel Basquiat, an American artist who first achieved fame as part of the graffiti duo SAMO, recently had one of his works break the all-time record price for a painting sold at an auction. The painting is going by the name “Untitled” and was painted by the late artist in 1982.

Basquiat, son of a Haitian father and Puerto Rican-American mother, began spray painting walls in Lower Manhattan in the late 1970’s. A few years later he became a leading exponent of the Neo-Expressionism Movement that flourished in the 1980’s.

Basquiat’s eight-year-long career made him one of the shortest-lived, most successful artists of the 20th century.

Here’s what you need to know about the painting and artist: 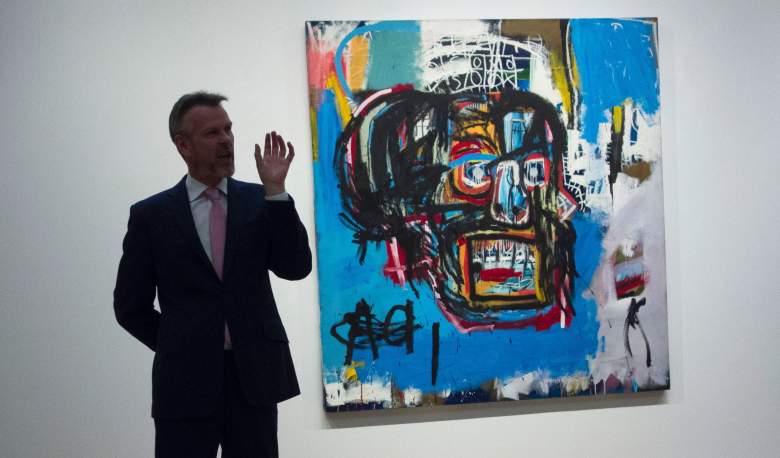 The painting was bought by a Japanese buyer named Yusaku Maezawa. Maezawa, an e-commerce tycoon, said he plans to loan the painting out around the world before making it the centerpiece of his museum in his hometown of Chiba, according to CNN.

“I hope it brings as much joy to others as it does to me, and that this materpiece by the 21-year-old Basquiat inspires our future generations,” Maezaswa said in a statement.

2. Basquiat’s Other Works Have Sold For Millions of Dollars 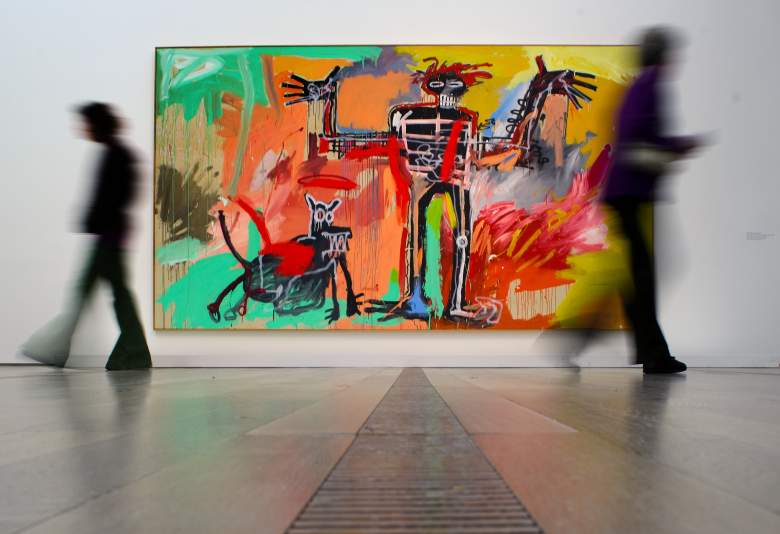 A self-portrait painting by Basquiat sold for $57.3 million last year. The painting was also purchased by Maezawa. The 1982 painting is massive, measuring seven by 16 feet. Basquiat painted the portrait while he was in Italy.

In 2013, Basquiat’s ‘Dustheads’, a painting that depicts two figures stoned on the hallucinogenic drug PCP, sold for $48.8 million.

The year before, one of Basquiat’s paintings sold for $26.4 million, according to The Spectator.

Paintings by Basquiat have been purchased by many well-known people including the late David Bowie, Lars Ulrich from Metallica, John McEnroe, Madonna, Leonardo DiCaprio, Swizz Beatz, Jay-Z, and Johnny Depp.

After Basquiat’s death, Vernon Reid of the band Living Color wrote a song called “Desperate People”, released on the album Vivid. Vernon stated that Basquiat’s death inspired him to write the song after receiving a phone call from a friend who informed him of Basquiat’s passing.

Basquiat is referenced in the Jay-Z and Frank Ocean song “Oceans”, from the 2013 album Magna Carta Holy Grail

Basquiat and Madonna had a fiery but brief relationship in 1982, while they were both living in New York, before Madonna made it big. When Basquiat would introduce her to people, he would tell them that she was going to be “huge”, according to Art-Sheep.

Madonna spoke to Howard Stern about their relationship years later:

“I remember getting up in the middle of the night and he wouldn’t be in bed lying next to me; he’d be standing, painting, at four in the morning, this close to the canvas, in a trace. I was blown away by that, that he worked when he felt moved.”

4. Basquiat Has Been the Subject of Several Movies 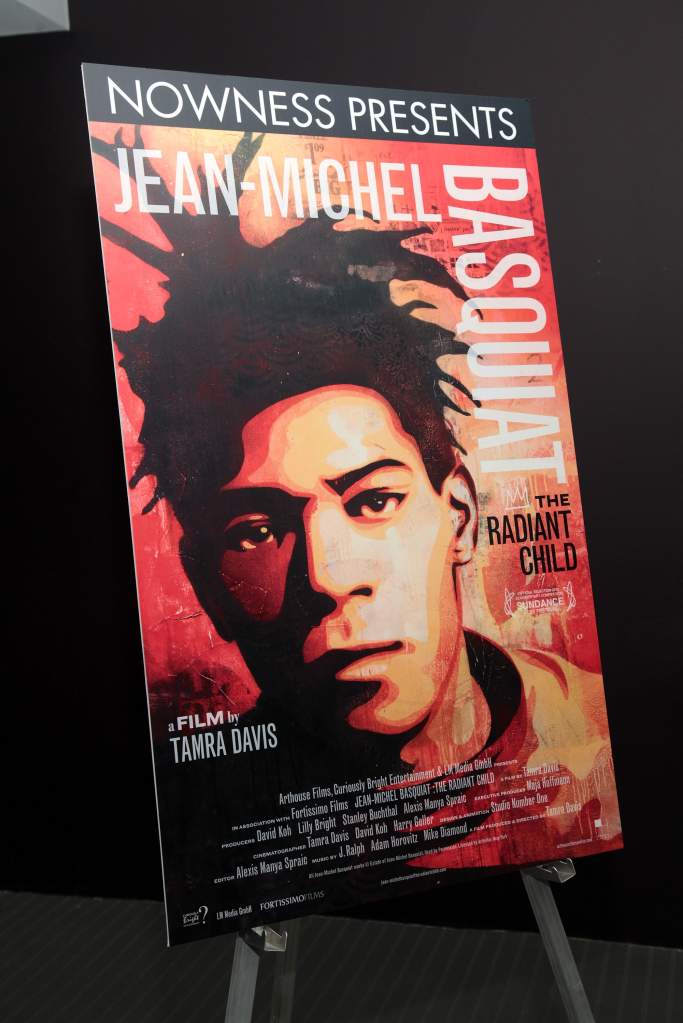 Basquiat was featured in the British documentary series, State of the Art, with Andy Warhol in 1986. The two became friends and admired each other’s work. State of the Art was filmed just one year before Warhol’s death and two year’s before Basquiat’s overdose.

In 1996, eight years after his death, a biographical film titled Basquiat was released. The film was directed by Julian Schnablel and starred Jeffrey Wright as Basquiat. The late David Bowie played the part of Andy Warhol.

In 2009, a documentary titled Jean-Michel Basquiat: The Radiant Child was released. The film was screened at the 2010 Sundance Film Festival and shown on the PBS series Independent Lens in 2011.

Basquiat was found dead in his art studio at the age of 27. It was later determined that he died of heroin overdose.

When Andy Warhol died on February 22, 1987, Basquiat became increasingly isolated, and his depression grew more severe. He attempted to get sober during a trip to Maui, Hawaii, but he didn’t stay clean long. He died on August 12, 1988, at his art studio on Great Jones Street in Manhattan’s NoHo neighborhood.

In 2016, the Greenwich Village Society for Historic Preservation placed a plaque dedicated to Basquiat outside of his former home. 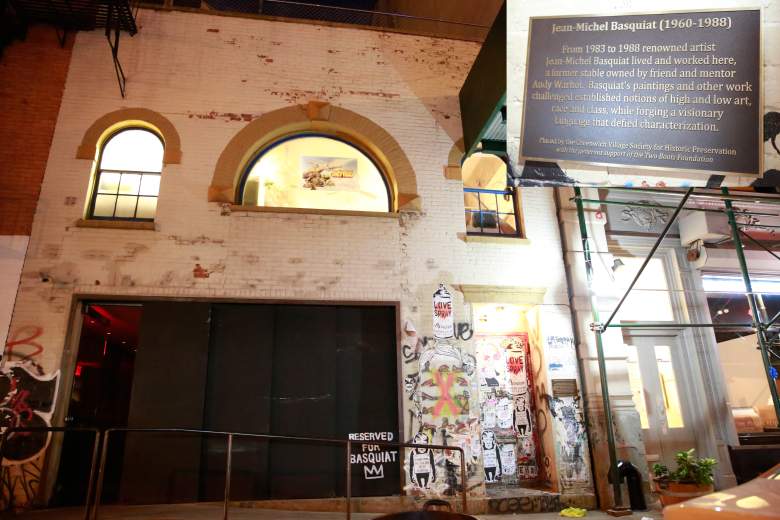 Plaque outside of Basquiat’s residence where he lived from 1983-1988. ( via Wikimedia Commons)