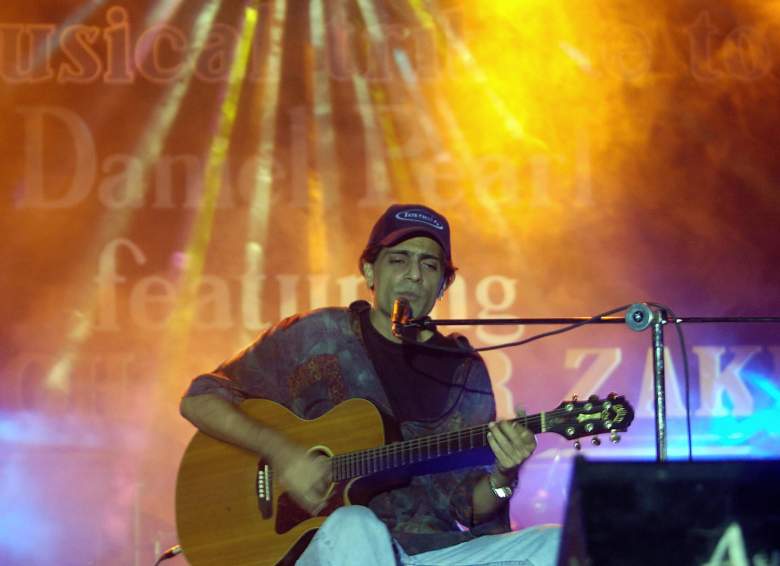 Aamir Zaki performs at a celebration by the Daniel Pearl foundation

Aamir Zaki, one of the most renowned guitar players to come out of Pakistan, passed away on Friday at the age of 49.

A family member of Zaki’s told The Express Tribune that the cause of Zaki’s death was heart failure after a prolonged illness.

Zaki was born in Saudi Arabia in 1968 and began playing guitar at the age of 14. He was discovered by musician Alamgir when he was 16. Zaki toured extensively with Alamgir, playing a Flying V guitar that he built himself, according to DAWN.com. Zaki continued to build his own guitars throughout his career.

After his work with Alamgir, Zaki toured with the band Vital Signs. Zaki played on Vital Signs’ fourth album and toured the world with them before being asked to leave the band, according to Pakistan Today.

After leaving Vital Signs, he released his debut solo album ,Signature, in 1995. The song “Mera Pyaar” became a hit.

Watch Zaki’s 2013 live performance of the song below:

The musician made his debut on Coke Studio in 2014. Coke Studio is a Pakistani music television series which features live studio-recorded music performances of various artists. Coke Studio has become an international franchise, with other countries adopting their own versions.

In 2016, The Express Tribune did a feature on Zaki about his work as a “model” in a fashion film for designer Iqbal’s Baroque Star collection. In the film, Zaki is described as being “seen as his signature self – that intense look in his eyes, fingers moving gracefully on the stingsand the gold and black jacket contrasting with his white hair.” Zaki had the following to say about his venture into fashion:

I would not like to be associated with fashion like I am with music. I don’t mind doing it occasionally

Celebrities and fans took to Twitter to morn the loss of the guitar virtuoso:

Loading more stories
wpDiscuz
4
0
Would love your thoughts, please comment.x
()
x
| Reply
Aamir Zaki, one of the most renowned guitarists to come out of Pakistan , passed away on Friday at the age of 49. Find out more about the musician and his cause of death here.