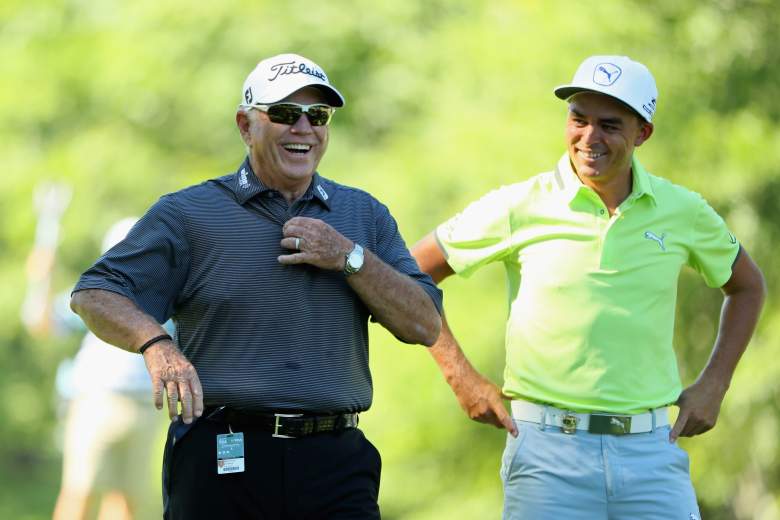 Butch Harmon is widely considered one of the best coaches in golf history. His current student, Rickie Fowler, is among the leaders and favorites to win at this years’ Open.

Harmon, born Claude “Butch” Harmon, Jr., is the son of 1948 Masters Tournament champion Claude Harmon, Sr. Butch was a PGA Tour player in 1970 and 1971, winning once at 1971’s Broome County Open, before moving on to coaching.

Harmon began to make a name for himself as a coach for Greg Norman in the early 90’s and hasn’t slowed down since.

Here’s what you need to know about the legendary coach: 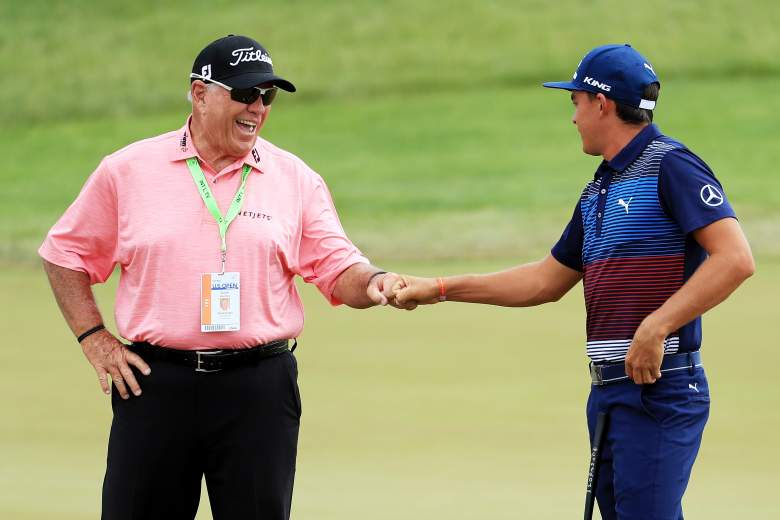 Butch Harmon and Rickie Fowler on the practice green at the 117th U.S. Open

Harmon has used many methods to coach his players over the years, but recently used one of his most unorthodox yet on Rickie Fowler.

Fowler, who has said himself that he probably hasn’t achieved as much as he would like, received some harsh words from his coach last year, according to SkySports.

“We had a big conversation at the end of the year last year and he didn’t like it,” Harmon told SkySports. “I said ‘you gotta decide are you going to be a Kardashian or are you going to be a golf pro? You’re the kind of social media, you’re all over these snap chats and all these things. You need to reach down and grab your ears and get your head out of your you know what and get back to work, get your body in shape.'”

“He was trying to make the comparison to the Kardashians, somebody who had gotten a lot of fame without doing much,” said Rosaforte. “This was his way of doing it. Yeah, it was blunt, but as Butch said, it motivated him to work harder.” 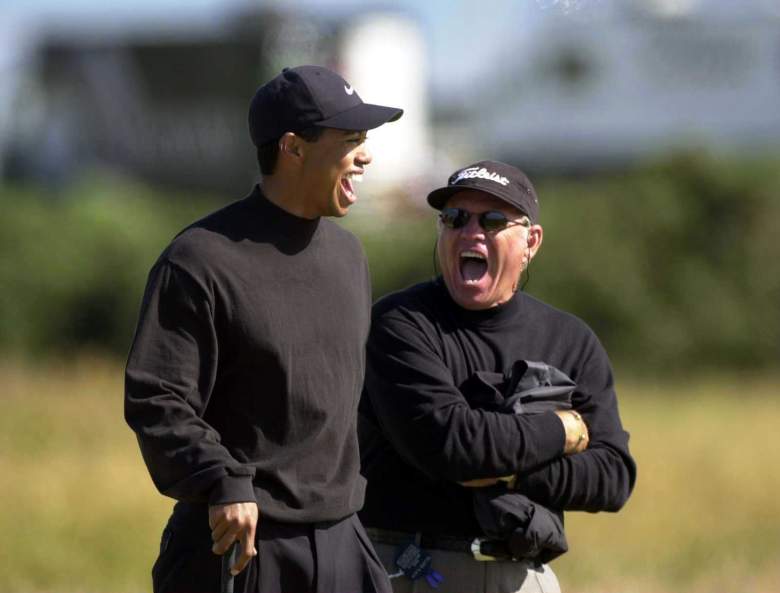 Butch Harmon was Tiger Woods’ coach even before he turned pro. Harmon was coach of Wood’s when he won his first major, the 1997 Masters. Harmon spoke with the Las Vegas Review-Journal about Woods’ first major win.

“Tiger’s win 20 years ago, was really special,” said Harmon. “He had turned pro in 1996 and won a couple tournaments, and started the season pretty well in 1997. There was a lot of hype surrounding him leading up to Augusta, and then he went out on the opening nine and shot 40 and we all said, ‘What in the world is going on here?’ But, he shot 30 on the back nine, went on to win by 12 shots and the rest is history. That was really special to see a person totally take over the golf course.”

3. Harmon Has Been Ranked a Top Coach by Gold Digest 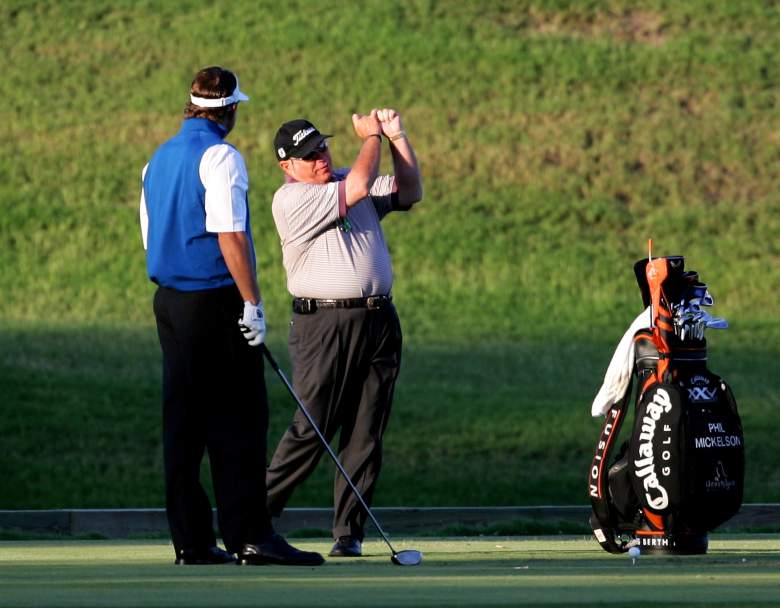 Harmon was ranked top golf teacher by his peers in a poll organized by Golf Digest in 2003. He have since won the poll every year. He runs the Butch Harmon School of Golf at the Rio Secco Golf Club in Las Vegas, Nevada

4. Harmon Is Also a Broadcaster & Author 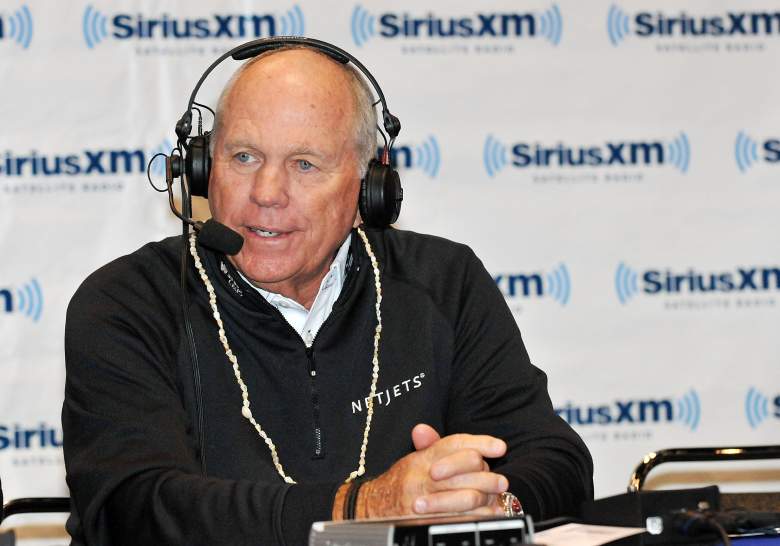 Harmon has appeared many times on Britan’s Sky Sports. He has served as an analyst for events like the U.S. Open, PGA, Ryder Cup, Players Championship and other world events.

He wrote a book in 2006 called The Pro. The book details his life in golf with his dad, brothers, friends and top players he has coached. The book describes how Harmon and his brothers, who are also teachers, transfer their father’s unique wit, wisdom, and philosophy to the next generations of golfers.

5. Harmon Was In The Vietnam War 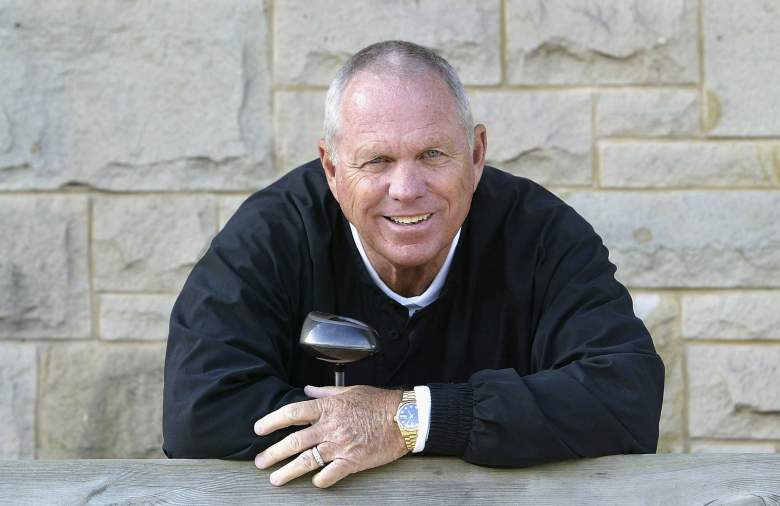 Harmon served three years in the U.S. Army, which led him to serve during the Vietman War.

“War’s not pretty,” Harmon told The Telegraph of his six-month tour. “There were numerous times when I thought,’I’m not supposed to be here.'”

Harmon attended the University of Houston. He is married to his wife Christy. The two have three children, Michaele, Claude and Cole. Claude is following in his father’s footsteps as a golf instructor. He has been ranked 22nd on Golf Digest’s Best Teachers in America and is a Golf Magazine Top 100 instructor. He has worked with many top players including Dustin Johnson, Ernie Els, Brooks Koepka, Yani Tseng, Trevor Immelman, Adam Scott and Darren Clarke.

Loading more stories
wpDiscuz
1
0
Would love your thoughts, please comment.x
()
x
| Reply
Butch Harmon is considered one of the best coaches in golf history. He has coached Tiger Woods, Phil Mickelson , Rickie Fowler and many more. Find out more about the Golf Hall of Famer here.